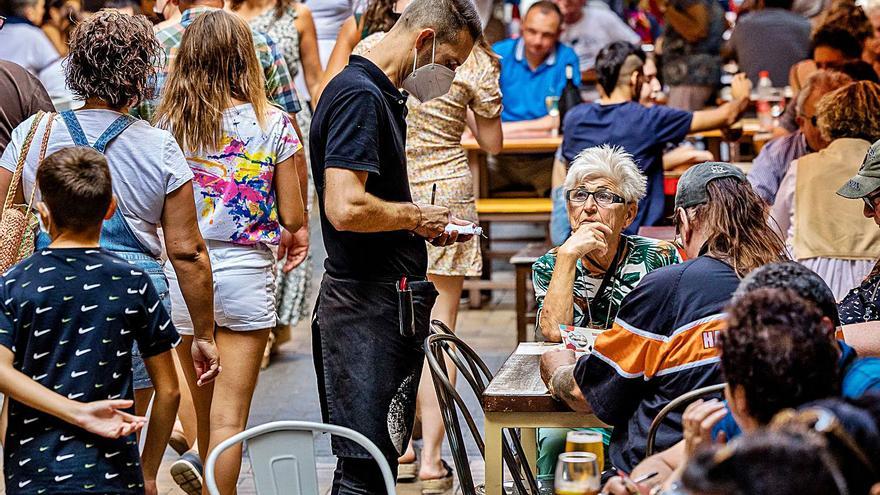 These reductions were announced this Friday by the mayor, Toni Pérez, who explained that they are part of the first part of what he called the “Municipal Tax Reduction Plan” intended “for the citizens of Benidorm” and to alleviate the burden of some taxes on residents. . It will not only be for 2022, but the intention of the PP government is to apply it in 2023 as well.

Specifically, these reductions affect tax ordinances number 1, 3 and 20, a modification that will be voted in the plenary session at the end of this month of October, so that they become effective in 2022. As for the IBI, the tax rate, that is to say, the one that taxes the cadastral value of real estate, will go from 0.682 to 0.670, maintaining the bonus of the 75% receipt for large families. In other words, a house with a cadastral value of 100,000 euros would currently pay 682 euros of IBI; in 2022 it would pay 670 euros.

This reduction will be the first, because the popular government prepares the second for 2023. For this, “the plenary agreement includes the commitment to continue with the gradual reduction of the IBI” that year, according to the mayor. In addition, Pérez stressed that Benidorm “is not going to take advantage of the IBI increase of up to 150% for empty houses that apparently the Central Government is going to include in the new Housing Law” and whose application remains in hands of local administrations.

As for vehicles, the IVTM will have a “very relevant” drop since it reaches all coefficients, that is, all types of vehicles. And it will be between 18’75 and 47%, depending on the type. “The most significant is the one that occurs in mopeds and motorcycles up to 125 cc, which will pay practically half that until now, the legal minimum allowed,” explained the first mayor. The vast majority of passenger cars will pay 23.52% less. In addition, the 75% bonuses for hybrid and electric vehicles will be maintained.

In this municipal plan, the change in Tax Ordinance number 20 has also been included, the one referring to the rate of occupation of public roads of tables and chairs and which affects the hotel and restaurant activity. In this case, this rate is “frozen” and left suspended until December 31, 2022. A situation that is already in force and that, therefore, is extended in time since the City Council decided to put it into operation from the declaration of the state of alarm for the pandemic, on March 14, 2020.

This modification of ordinances will have its translation in lower income for the City Council. Thus, in 2022, the municipal coffers will enter 1.6 million euros less, an “amount that the families and the productive fabric of Benidorm will not have to pay.” Pérez stressed that “at a time when the state and regional fiscal pressure is increasing,” and with the CPI and the price of energy on the rise, “this government fulfills the commitment to lower taxes.” The mayor added that with these measures “we comply with the commitment we adopted at the beginning of the legislature (2019-2023) to progressively reduce the tax burden.”

Thus, he stressed that it is possible “thanks to good economic management”, which allowed “the early cancellation of the Adjustment Plan and the reduction of the debt by 84 million euros since June 2015”. However, this “gradual reduction” of taxes and fees is carried out “with all precautions”, ensuring “compliance with the expenditure control measures”, “without affecting the provision of the services provided by the City Council”, and without giving up investments, especially those that are affected by subsidies.

Measures that join the aid for the pandemic

The reduction in the tax rate of the Real Estate Tax (IBI), the Tax on Mechanical Traction Vehicles (IVTM) for 2022 and the suspension of the table and chair rate until December of next year «are a complement to the aid that they have been injected and will continue to be injected into family economies and the productive fabric ”to alleviate the consequences of the pandemic, according to the mayor of Benidorm, Toni Pérez. The City Council has provided direct aid to families during the months of the health crisis but has also added those for nightlife, the self-employed or SMEs or the accommodation sector, among others.