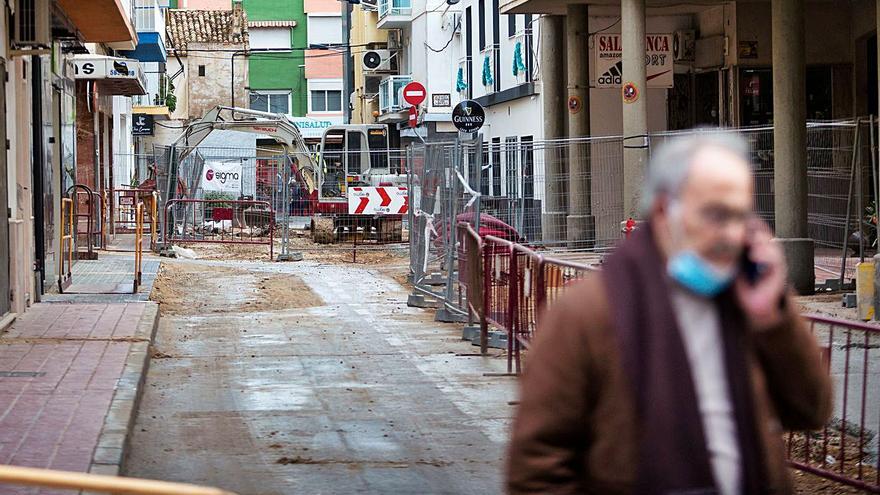 And is that most of these works have to be finished before December 31, as explained to this newspaper by the councilor for Public Space, José Ramón González de Zárate. But also, start them on these dates too It has been made to coincide with the period when Benidorm is emptier due to the lack of tourists and visitors and having a great deal of hotels closed. In fact, the work being done in the Rincón de Loix “would be impossible” to do in the middle of the English tourism season. Building, for example, Calle Mallorca (in the heart of the “English area”) as planned “would be unthinkable with everything full of tourists.” The asphalt has arrived first and, according to De Zárate, “in January the intention is to get involved in renovating sidewalks.”

But it is not only in El Rincón that works such as those on Manuel Catalán Chana, Gerona or Derramador avenues are concentrated. Asphalting is also being carried out in the orchard area or in the streets of La Cala where sidewalks are being changed or providing lighting or accessibility, such as on Avenida de Calpe. For a few days, walking or circulating with the car through some streets in the center of the municipality is to do it between fences and machinery.

The works on the avenue of Europe. DAVID REVENGA

Los Almendros avenue has been closed to traffic to pave it from Limones to Mercado street where traffic has also been modified to carry out the works on Ramos Carratalá street. They are joined by those that are also being carried out on Garita Street on the corner with Tomás Ortuño. In addition, the final section of Avenida Los Almendros will be closed to traffic next week for five days to proceed with its asphalting with printed concrete, thus following the aesthetics of the Elche Park environment. The mayor has indicated that these works will begin on Monday and will be closed until Friday 18. Meanwhile, the traffic of Costera del Campo street will be reversed from the intersection with Mercado to allow the exit of vehicles to Mayor José Such. In the center, traffic has also been modified in the upper part of Ruzafa Street to pave Venus and Urano.

But the works do not end there. Works are also being finished on main avenues. In the avenue of europe The sidewalks from the Cultural Center to the roundabout in the upper part are being finished, which has forced the traffic to disable one lane on this section. In addition, in Esperanto street there are also actions that will end with the paving of it.

The mayor indicated that the actions in these streets also involve the realization of ditches that will be prepared “for future connections and services”; in other words, so that when something has to be done underground, it is not necessary to “raise the street” once it has been paved. Precisely, this addition is what makes the roads remain closed to traffic “between three or four days.” The councilor asked, as he has been doing in recent weeks, “patience and apologies” to the neighbors for the inconvenience that the current jobs may be causing in all the city’s neighborhoods and that will last until the end of the year.

Precisely, the PSOE of Benidorm yesterday criticized both the investment and the dates chosen by the PP Government to carry out all these asphalting actions. The socialist spokesman, Rubén Martínez, pointed out that the 1.7 million euros of the project “Improvement of Road Safety and Accessibility 2020” could have been used to increase aid to families, the self-employed and SMEs.

He also indicated that the chosen moment would not be the most suitable, especially for the streets of the center: «We are at the end of the year, in the middle of the Christmas season, and we find that many areas of the city are completely blocked with no possibility of access on foot or by car »something that would affect commerce and the hospitality industry, a complaint that some neighbors have also made. But the area councilor insisted: “It is the right time” and stressed that the roadblocks last a few days.