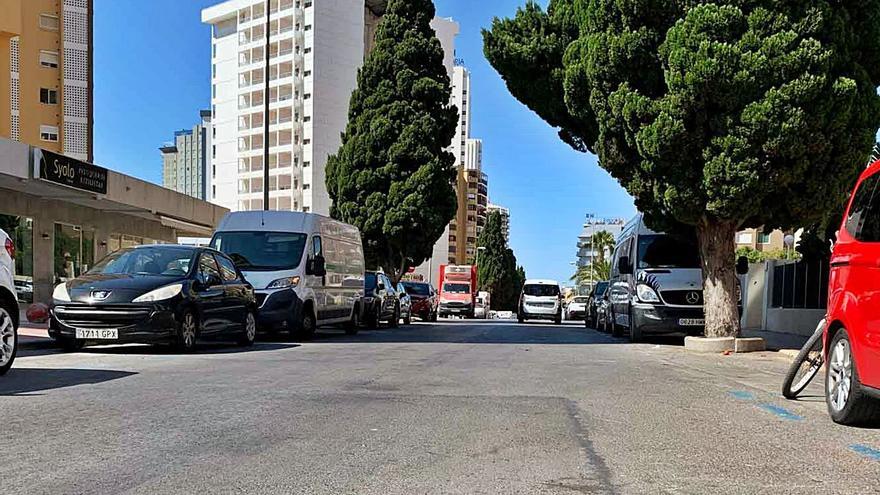 The bulk of the work is focused on the renovation of hydraulic infrastructures of the drinking water and sanitation networks, as well as the implementation of rainwater, a work that, Pérez pointed out, “was necessary to derive stormwater flows and avoid adverse effects that have already been partially solved with the improvements in the Esperanto street collector, in the macro-performance of the avenue of the Mediterranean ».

To carry out the project, “the competition of Hydraqua, the winner of the potable water and sanitation services, and the company has agreed to fully finance the action, “which includes, as detailed by the mayor, the implementation of a new collector that will cross the subsoil of Avenida Alfonso Puchades, calle Fluixà, via Emilio Ortuño, Spring, Autumn, Their Majesties the Kings of Spain and Herrerías streets, including “the paving works and replacement of services in the Mar, Mirador, Verano, Finestrat, Arco Iris, Herrerías, Sol and Plaza streets de la Cruz ”, with lateral catchments.

With this action “the rainwater in the Els Tolls neighborhood is collected and channeled definitively”, stressed Toni Pérez.

Image of one of the sections of Avenida Emilio Ortuño in Benidorm. | INFORMATION

Regarding Emilio Ortuño avenue, the mayor has detailed that action will be taken on “a 648-meter stretch”, in which the underground conductors will be renewed and the “A single-platform road, with a bike lane, eliminating a parking strip”. The improvements in the drinking water network include the renovation of the entire infrastructure to place larger diameter pipes and new valves, as well as the existing hydrants will be eliminated and a new network of hydrants will be provided. The sanitation network will also be completely renovated and the rainwater network will be implemented.

The project will be extended to calle Fluixà, which will change its direction of traffic, and will arrive at Avenida Alfonso Puchades, where, according to Pérez, “an oblong roundabout now appears at the intersection with Avenida de Andalucía and Calle Fluixà”, in order to “calm traffic shot and reorder the use of spaces ”, creating, in addition,“ a new pedestrian axis and an urban landmark in soft transport ”. In this line of giving greater prominence to pedestrians, spaces will be reserved for gardening and urban furniture.

Another of the improvements planned in the project is the adaptation of the medium and low voltage networks, which will be carried out by Iberdrola. A new column lighting network with LED luminaires will also be installed to “reinforce the illumination of the sidewalks”, an action that “will mean lower consumption and cost”. This phase includes the new manholes, wiring and control panel.

Regarding the works planned in the subsoil of the Emilio Ortuño road, the mayor highlighted “the new municipal reserve network for future use by service companies and that will integrate those of the Smart City for fiber optics, Wi-Fi and cameras” , together with the Hidraqua water gauge network for “better efficiency in the provision of services and response to citizens.”

The whole of the work also includes the irrigation network, “new on the Emilio Ortuño road although it will take advantage of the existing connections”, the mayor has specified.

Mayor Toni Pérez has announced that the processing of the works, valued at 3.5 million euros, has already started.