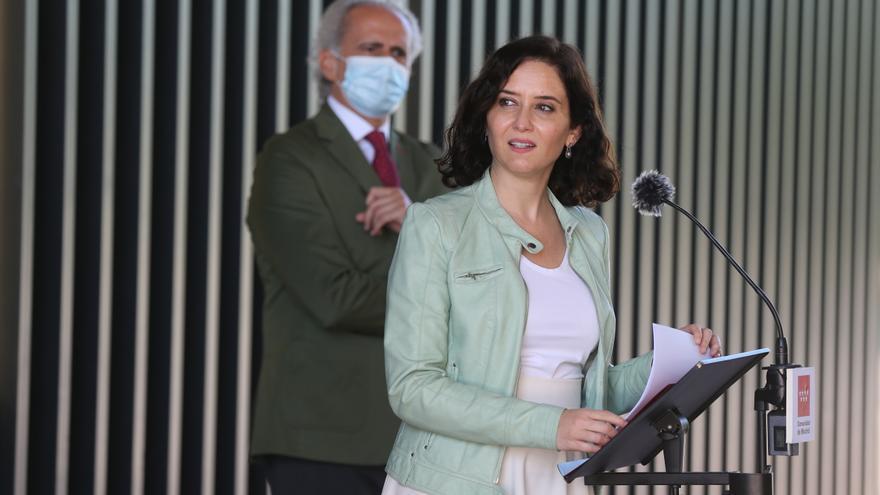 The berlanguianos entanglements are an inexhaustible source. Go on and read. The Coalition Executive approves a temporary and conditional reduction of VAT on electricity consumption. But United We Can is not happy. He is also pushing for lower rents or to raise the minimum wage this year. On the other hand, the trans and the LGTBI equality law merge. The critical branch of the movement charges against this fusion because it “makes the collective invisible and undermines the rights of the group.” Feminism is divided over the self-determination of gender. The Government affirms that it does not affect the rights of women, and Confluencia Movimiento Feminista requests the resignation of the Minister of Equality, Irene Montero, and says that the Executive “does not represent us” because “they are retrograding those rights.” You see the bizarre chain contradictions.

With the kings of “freedom”, PP and Vox, we would surely live better. The vast majority of PSOE feminists are outraged and affirm that this rule erases “the structural inequality that exists between men and women.” Berlanguian intrigues and tragicomic tensions have no end. The PNV seeks the approval of a new statute and a new territorial reserve. It defends, which is not new, the recognition that the Basque Country and Catalonia are one nation. Mutual respect and the consolidation of a bilateral relationship between both with the State, as well as the political avenues that resolve territorial conflicts. Yes Berlanga raise your head…

After the storm of pardons, calm did not come. Or some do not want it to come. The need to Pedro Sanchez, the next remodeling in his cabinet, which helps to trace the image, and the staging of a climate of containment and understanding, seeking solutions that collide head-on with the attitude of the three rights. They amplify the political and social decibels, although the storm may be subsiding. Thunder, major or minor, will not disappear, since PP, Vox and Cs need storms to fish votes in the troubled river.

The pandemic evolves with certain qualms and rebounds, even when looking at the line, and public opinion, vaccinated to a certain extent, sticks its nose in the summer holidays, entertains itself with the Eurocup, sunbathing without a mask, manipulating it wrongly ( as before) or not by keeping it in a cloth or paper bag. In the same position if it is to be reused, as directed. In other words, political and commercial interest stimulates the desired almost “anything goes” of a large population.

The commitment to Catalan detente is joined, as you know, by the president of the CEOE, Antonio Garamendi, and some bishops. In this regard, noise falls in the more traditional socialist circles. Alfonso Guerra he does not smoke the pipe of peace and is one of the exceptions. This means, in general terms, that “one of the most delicate moments of the legislature” brings some oxygen to Moncloa and places it in a central area. The pardons do not solve the Catalan conflict. They contribute, yes, to pave a route full of potholes and propaganda.

Vox throws dialectical bombs that even his own can get fed up with. Citizens neither punctures nor cuts practically, and Married He is a famous boxer who has no one to write another story for him, even though the polls give him the winner today. Diaz Ayuso She exercises the character of leader of the PP, as indicated by her script, and aspires, with two extra canes, to be president of Spain with the blessing of the most illustrious Aznar.

The legitimate independence spirit returns to air flags, aspirations and emotional speeches. And the firefighter Sánchez talks with a siphon of harmony. Illegality doesn’t work, so another unilateral declaration of independence is unthinkable. President Pere Aragonès you only have one option. Govern and improve the landscape by complying with the law. If the dialogue table fails, it will not be the fault of the survivor Pedro Sánchez, who now needs to be pardoned by the staff and by ERC, on whom he depends to sustain his policies, support budgets and obtain funds from the European Union. We must continue to pave roads in favor of coexistence. Continue with the improvement of the health situation and economic recovery.

By the way, the Valencian filmmaker Luis García Berlanga “is more necessary than ever” in today’s society, due to his “open, sometimes contradictory, but always tolerant look”, says the president of the Generalitat, Ximo Puig, not without reason. Well that. Welcome, Plan Berlanga! An impulse from the Ministry of Culture that will extend the anniversary until 2023. Miseries, ridiculous and dreams are not lacking, mister.