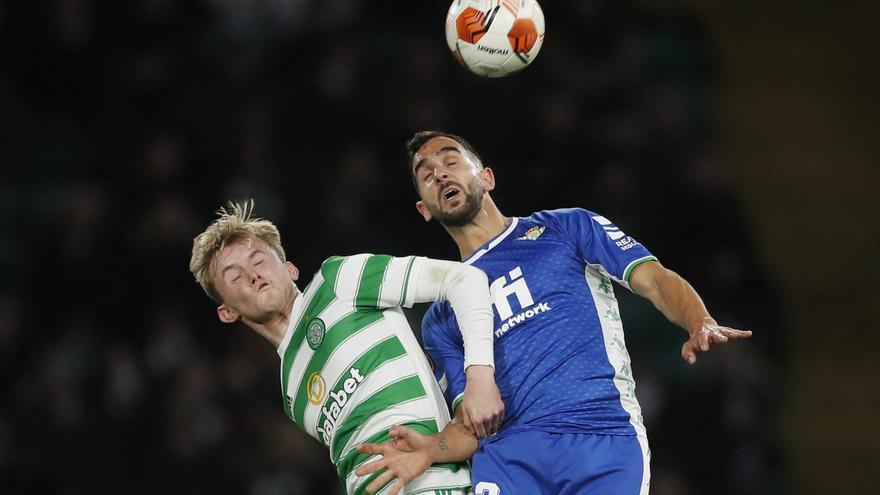 The Betis finished the group stage of the Europa League with a 3-2 defeat in Glasgow to the Celtic, in a match in which the two teams did not play anything By having the positions defined without the option of modifying them, with the Scotsman third and his entry into the Conference League secured and the Andalusian second, which is worth to move on to the next tie.

The party, which finished with the advantage of the local team in the first half (1-0), went crazy in the second with four more goals to leave a 3-2 in favor of Celtic and a bad taste in the mouth of Betis, who did a lot not to leave Glasgow empty.

Betis coach, Chilean Manuel Pellegrini, and Celtic, Australian Ange Postecoglou, did numerous rotations thinking of giving minutes to the less usual and with an eye on their domestic championships, in which the two formations go through a good run.

As soon as the game started, in the first corner kick that the Glasgow team threw, the central defender Stephen Welsh combed a ball at the first post and put it through the second without the Portuguese goalkeeper Rui Silva being able to do anything.

The third minute of play had not been exceeded and the Sevillian formation had to rethink the game with the result against an opponent who moved the ball from side to side to avoid problems, but he did have them when he lost it, as happened at a quarter of an hour, when the Argentine central mounted a quick counterattack that ended the Mexican Diego Lainez with a deflected shot.

That play encouraged Betis to press more and Joaquín Sánchez was close to the tie, but today’s starting goalkeeper Scott Bain got in the way in a game in which Swiss striker Albian Ajeti was injured before half an hour and was replaced by Japanese Kyogo Furuhashi.

Pellegrini’s team had other occasions to balance the score, the clearest one from Ivorian midfielder Paul Akouokou, but the ball was repelled by a cross from the local goal already in the extension of the first half.

In the second part the match sand it broke from the beginning because Betis went far ahead in search of the rival goal and Celtic took advantage of the circumstance to find spaces through which to approach Rui Silva, but the one who achieved his goal was the visiting team, in an assist from Joaquín and a shot from Borja Iglesias, who found himself with the strain of a post but also with the body of the Scottish goal for the ball to enter.

After that draw, the game went crazy and the goals followed one another from one goal to another, with which Ewan Henderson achieved the new draw by Borja Iglesias and another local from Turnbull from a penalty after a foul by Édgar González on Liel Abada.

Incidents: Match of the sixth and last day in group G of the Europa League played at Celtic Park in Glasgow. The Celtic players knelt on the pitch before the game as a symbolic gesture against racism.