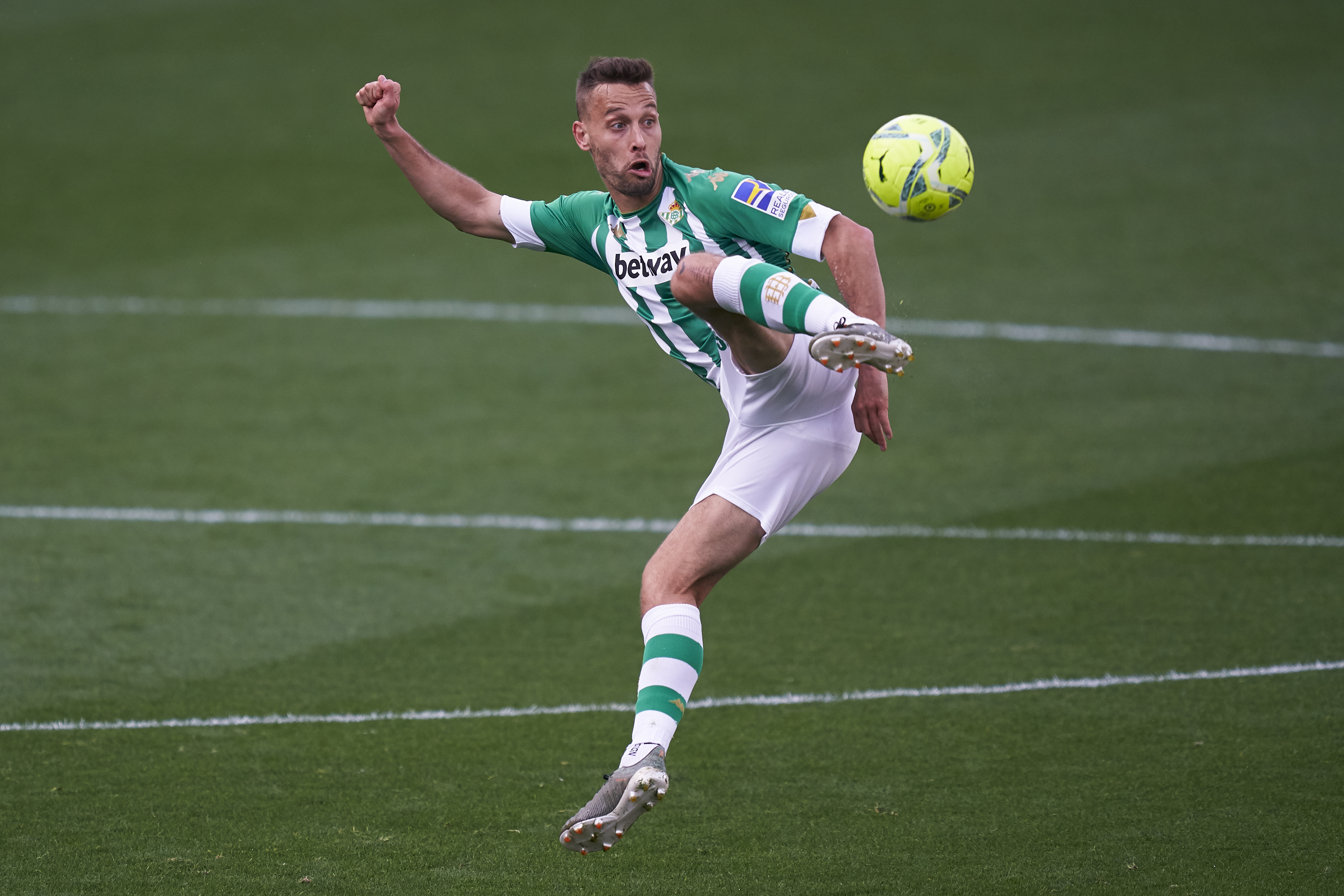 “Sergio lives by and for football. I admire your ability to have risen with this strength after all that you have suffered. It is a joy to have him with us ”. This is how Juanmi, Betis forward and a great friend of Sergio Canales in the Betis team dressing room, expresses himself to EL PAÍS. An intimate witness of the dedication to his profession of a footballer who has become the leader of a rising Betis. Seville bustles with the celebration this Sunday (21.00) in the Pizjuán of the derby number 100 in Primera, to which Betis arrives led by Canales. The 30-year-old Cantabrian midfielder suffered a muscle tear on November 17 in the Nations League game between Spain and Germany. The footballer visited Dr. Ramón Cugat and decided to follow a conservative treatment with growth factors. Cugat had been the man who had rebuilt her knees three times after three cruciate ligament tears.

Canales returned to the pitch on December 29 in the match against Levante. A month and 12 days later, when the forecasts estimated a period of decline of about three months. In this period, Canales has reached 100 games with a Betis that, under his command, has gone from flirting with the relegation places to settling in the Europeans and reaching the derby even with aspirations of fighting for fourth place against Sevilla. Canales has also scored seven goals between the League and the Cup since he recovered. In total, he has eight in the course, only one short of beating his scoring record in an entire campaign (nine in 18-19, also with Betis). With 30 years and three operations for the breakage of the crusader – two with Valencia in 2011 and 2012 on the right knee and another with Real Sociedad in 2015 on the left -, the international midfielder has risen again to reach his maturity. best level.

“He is an exquisite professional, who likes to control all areas of physical preparation, sports medicine and aspects of the footballer’s invisible training. We were a little scared by this miraculous recovery that Sergio has had, but it has been the result of his work and the absolute dedication he has with his profession ”, clarifies David Álvarez, head of Betis’s physiotherapy and rehabilitation department. “Sergio borders on excellence,” he adds.

Two hours before in the sports city

Canales arrives every day at the Betis sports city two hours before the start of training. The Cantabrian lives in the Triana neighborhood, just 15 minutes from the Luis del Sol sports city. During that time he exercises a personal preventive work routine in the gym designed by Sergio Sukunza, his personal fitness trainer, whom he has known since his time. in the Royal Society. In San Sebastián he lived his penultimate stage in First before arriving at Betis, and later by Racing, Real Madrid and Valencia.

This preventive work is his first step in the day to day, which every week undertakes a journey of worship to his body and his mind settled on four main legs. “Sergio’s work has four basic pillars: the recovery and prevention systems that he works with us, the absolute control of eating, the physical preparation he does with Sukunza and his mental preparation sessions,” says Carlos Heredia, physiotherapist at Best of You, the soccer player’s representation agency. “Sergio’s house is a clinic. I know what it has cost him to be at this moment and how much he has worked to reach this level, ”says Andrés Guardado, another of the footballers with whom Canales has a great relationship.

Few footballers work as much on prevention and recovery as Sergio. Depending on the number of games he plays throughout the week, Canales complements his work at the sports city with his colleagues with recovery sessions at home. Canales has a hyperbaric chamber that it uses systematically after matches. There he receives oxygen to speed up the recovery process. It is common for him to nap in that chamber. In addition, he incorporated a device during confinement that allows him to work as if he were subjected to the effects of altitude. It connects to a device with a mask and works with 15% less oxygen in a situation of hypoxia. To top it off, it combines the hyperbaric chamber with treatments of pressure therapy after games. Drains are placed on your legs that speed up the recovery of your muscle tissue.

Mentalized with recovery, Canales is at the same time obsessive when it comes to taking care of his diet and watching over his sleep hours. “I don’t remember the last time he had a beer,” jokes Juanmi. “Sergio’s first dish is always vegetables, which he complements with a lot of fish, red rice and other foods such as quail eggs. We try to prevent the consumption of foods that can cause inflammation of the tissues ”, asserts Heredia, his fisio personal. Fast food, for example, causes inflammation of the tissues. Canales sleeps between seven and eight hours a day and can take a nap in certain situations that do not exceed 40 minutes.

“Sergio is very strong mentally. You have a constant desire and ambition to improve. His desire for self-improvement is very difficult to find. Every morning I send him a task that he always does before training. And then I send him supplementary power and speed jobs. A job he does in the afternoon, which is when they don’t train, ”explains Sukunza, his head physical trainer, whom he met in San Sebastián eight months after his last knee operation, which continued to give him problems and caused him a logical mental destabilization.

“Miracles are relative. With all the work that his body does, he was well prepared to face the severe injury he had with the national team. He is 30 years old and is in a very good moment ”, Heredia emphasizes. “He is a prototype of a player who has suffered several important injuries throughout his career and who has been able to correct all the deficits that have been generated. It is an example of sacrifice and daily work. Miracles don’t exist ”, adds José Manuel Álvarez, Betis’s chief of medical services. For dessert, Canales practices yoga with his wife, another ingredient in his latest resurrection.