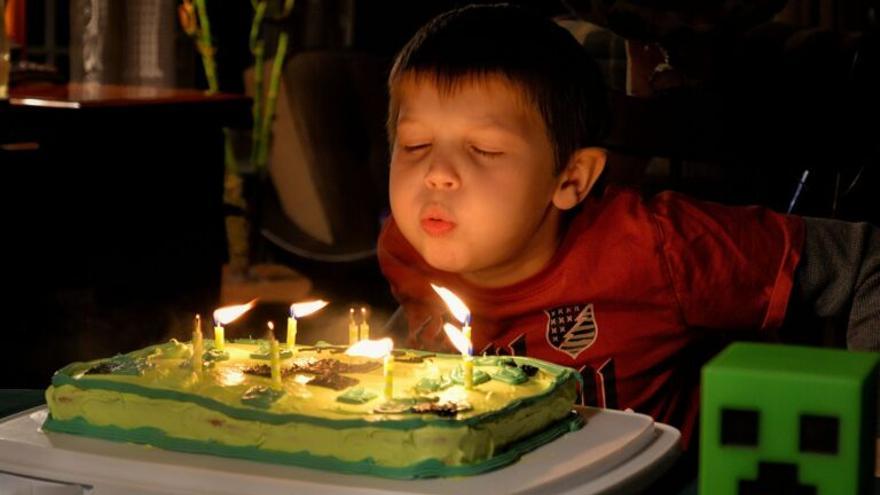 A new study led by Harvard researchers and published by the prestigious journal Jama Internal Medicine, concludes that family birthday parties were a major source of Covid-19 infections.

It is a study carried out in the United States, but today we already know that the data related to SARS-CoV-2 are quite applicable to almost everyone, at least in terms of infectivity and contagion.

And although when the coronavirus was booming, it was easy to think that hanging out with strangers was the most contagious … this new study discovers, after careful analysis, that the closest people and the most beautiful moments were also a great source of viral spread. .

Contagions analyzed with a creative method

How is it possible that researchers have been able to draw such conclusions, if the moments they are analyzing are eminently private?

The answer is as simple as it is laborious: Because researchers at Harvard, RAND Corporation, and Castlight Health used a creative method to find them.

To do this, they used health insurance data and studied the rates of Covid-19 in families during the two weeks after the birthday of one of them.

Thus they came to the conclusion that a recent family birthday increased the risk of contagion of the coronavirus by almost a third, at least in those places where the virus was sufficiently widespread.

It may interest you: More dangers of the Delta variant of the coronavirus: reduces the effectiveness of the Pfizer vaccine

After many analyzes, the researchers claim to be able to affirm, almost with certainty, that there has been an increased risk of contagion from birthday parties.

And while it is true that by insurance policies it is not possible to know if any of the newly infected had organized a party to celebrate their birthday, they found a pattern that clearly suggests a connection.

Because when they used actual birthday dates in their study, or looked at diagnoses in weeks after birthdays, they found confirmation that didn’t show up when they did the same study with random dates, or in the weeks before birthdays.

What’s more, as they progressed in their study, they came to the conclusion that the risk of infection increased especially in the weeks after a child’s birthday.

It makes sense, because birthday parties often bring together large groups that huddle together in tight spaces, perhaps to watch a child blow out candles on a cake.

It may interest you: Experts insist on the need to properly ventilate interior spaces to prevent Covid-19

And while it is true that most of the data is extracted at times when the coronavirus was more rampant, there were more infections and the outbreaks were much more frequent and uncontrolled, the conclusions remain valid.

They are, above all, for groups or people who have not been vaccinated. But that includes young people and children, and that is why their conclusions are still relevant. Especially when we are faced with a new variant with a much higher infective capacity.

Because with the Delta variant becoming dominator of most countries. With the increase in infections in the world and many countries forced to resume social and individual protection measures … it is once again very important to know how and where it is easier to get infected.

What should we watch out for?

This study puts on the table for debate the possibility of making decisions in areas that are much more sensitive, because they belong to the private sphere of people.

And although political debates tend to focus on what to do with masks or public spaces: whether restaurants should be allowed to open, how many people per table, bars, yes or no … this research opens the door to other considerations as much or even more important.

Because while it is true that small social or family gatherings are the hardest places to track down, when the authors of this research “spoke to contact trackers across the country, they said: Yes, people are getting infected in these small meetings ».

And it is that as much as it is easier to monitor the consequences of public exhibitions, such as in a factory or a wedding, the truth is that situations such as gathering the family to blow out candles, going to dinner at a cousin’s house or taking a your home to a co-worker are apparently undetectable sources of infection.

Furthermore, they affect everyone equally. To the extent that this study concludes that the increase in infections at family birthday parties had similar levels in both the Republican and Democratic areas of the United States.

The situation now is that thanks to the number of people who are already vaccinated, most people do not have a feeling of risk when reuniting their family.

But we should all be aware that as soon as there is an unvaccinated child or adult, this research should put us on alert, because birthday parties and other festive and private occasions can still be risky.

As safe as we do not feel surrounded by family, the virus does not differentiate. And the Delta variant, even less. Because its infectivity index does nothing but increase the danger.