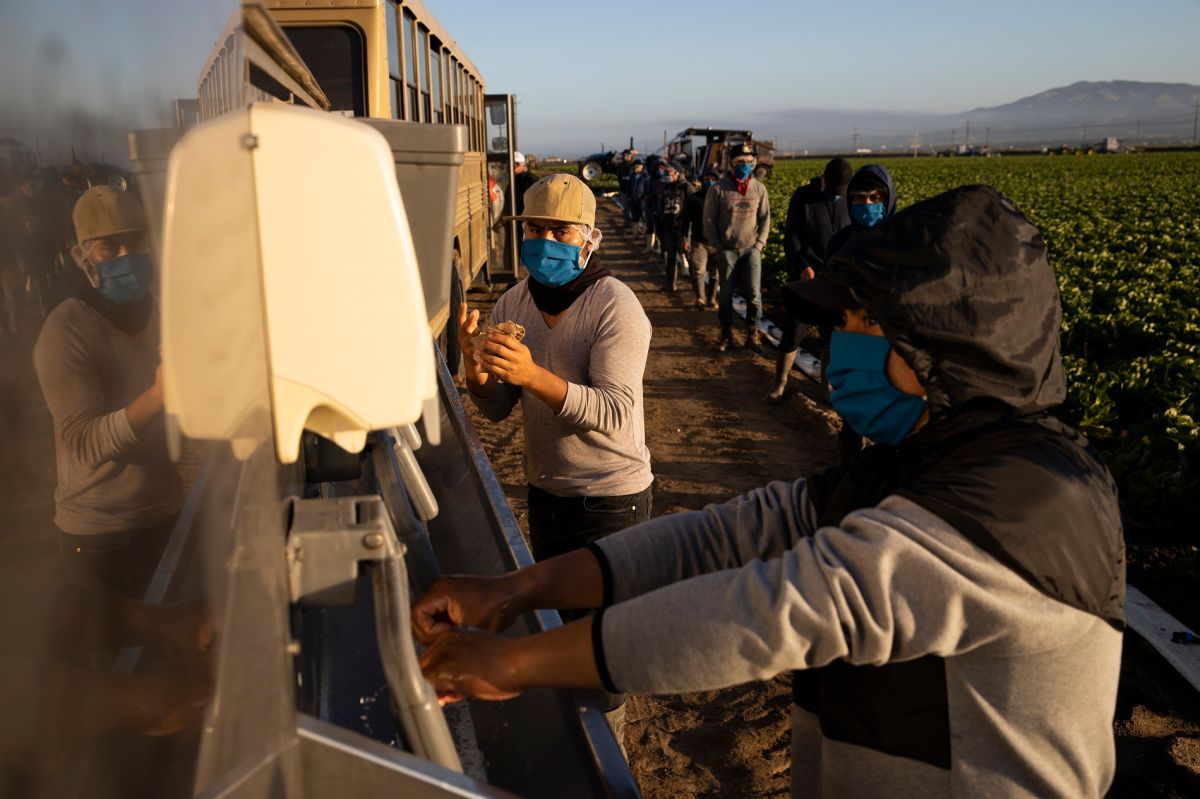 Activists are demanding protection for workers who have been essential during the COVID-19 pandemic.

President Joe Biden seems to recognize the complication of approving the 2021 Citizenship Bill that he sent to Congress, where he asked “at least” to establish the rules so that the “dreamers” achieve naturalization, as well as people protected by TPS and agricultural workers.

Without mentioning it directly, the president seems to refer to the HR 1909 (in the House of Representatives) or S. 747 (in the Senate), the Citizenship Law for Essential Workers.

The president recalled that on the first day of his presidency he sent a comprehensive immigration bill to Congress.

“If you think we need a secure border, approve it. If you believe in a path to citizenship, approve it. If you really want to solve the problem, I have sent you a law, now pass it “, he expressed. “Now, if Congress doesn’t approve my plan, at least let’s approve what we agreed to. Congress needs to pass legislation this year to finally ensure the protection of Dreamers, the young people who have only known America as home. “

President Biden added that other people who should be protected are those under Temporary Protected Status (TPS), agricultural workers and other essential employees during the pandemic.

“A path to citizenship for farm workers who put food on our tables,” he said. “Immigrants have done a lot for the United States during the pandemic, as they have done throughout our history. The country supports immigration reform. Congress should act ”.

The Biden Administration has been criticized for the application of Title 42, which allows the United States to restrict the entry of any foreigner under sanitary guidelines. That measure was implemented by the former president Donald Trump as the pandemic of COVID-19, but now activists are calling for it to be repealed.

In his speech, the president did not speak about the problem that exists on the border with Mexico, but defended the work of the vice president Kamala Harris to address the reasons that lead Central Americans to leave their countries.

“We have to get to the root of the problem of why people are fleeing to our southern border from Guatemala, Honduras, El Salvador. The violence. The corruption. The gang. Political instability. Hunger. Hurricanes Tremors, ”the president listed. “I asked Vice President Harris to lead our diplomatic efforts. I have absolute confidence that it will get the job done. “.

Congress has other immigration bills, including the reform promoted by President Biden that would grant citizenship 11 million undocumented people who arrived in the country before November 20, 2020, ‘dreamers’ and people with TPS.

There are two proposals for “dreamers” and TPS recipients and one more for farmworkers, as well as a Republican bill. The first two were approved in the Chamber and they await their opportunity in the Senate.

Despite the openness that the president showed to modify his own immigration project, organizations in defense of immigrants are pushing to approve citizenship to 11 million undocumented immigrants.

“We are delighted to learn that your commitment remains strong to fix our broken immigration system, address root causes, and pass immigration reform for the 11 million undocumented immigrants,” he said. Angelica Salas, executive director of CHIRLA.

However, Salas acknowledges that there are plans on the table that have advanced and others that remain stagnant.

“Four bold immigration reform bills are ready to be debated and voted on in Congress. Two have been approved by the House of Representatives, but the Senate has not acted on any of them “, critical. “A path to citizenship at a time when immigrants have contributed, some even their lives during the COVID-19 pandemic, is the right answer after more than three decades of family separations, deportations, suffering and humiliation while Congress did nothing ”.