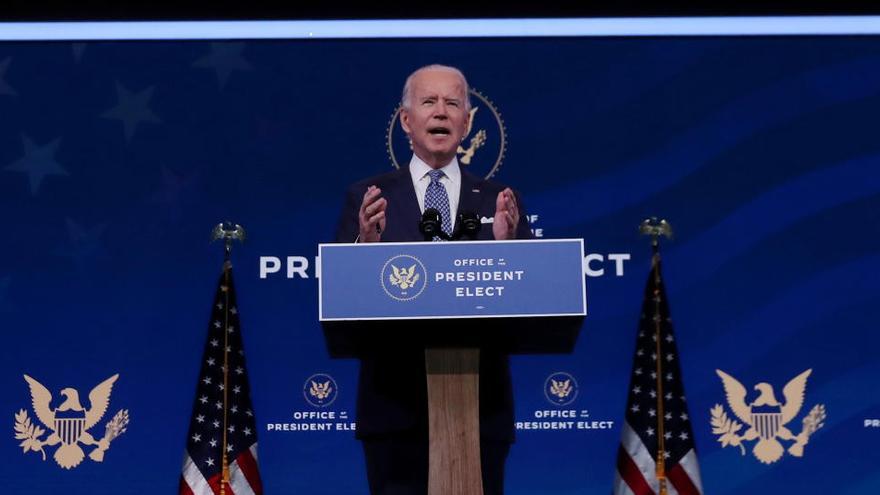 US President-elect Joe Biden, warned this Tuesday that the darkest days of the pandemic “are yet to come” in the country, and that the start of the vaccination campaign will not prevent “tens of thousands” more people from dying due to covid-19. .

“Our darkest days in the battle against covid are yet to come, we have not left them behind. As frustrating as it is to hear, we are going to need patience, persistence and determination to defeat this virus, “Biden said at a news conference in Wilmington, Delaware.

In this sense, the former vice president of Barack Obama (2009-2017) warned: “Experts say that things will get worse before they get better“.

Three days before Christmas, as Americans prepare for unusual holidays amid the rebound in COVID-19 cases and deaths, Biden said he has a “Absolute confidence in the vaccine, but supplies are low.”

“We are going to lose tens of thousands of lives in the next few months and the vaccine is not going to stop that,” he said. We need everyone to wear a mask, practice social distance and avoid large congregations, especially indoors. ”

Biden also mentioned the stimulus package, approved last night by Congress and now awaiting Trump’s signature, worth 900,000 million dollars, to alleviate the deterioration of the economy caused by the pandemic.

As he has said on previous occasions, the Democrat claimed that “This law is only a first step.”

“At the beginning of next year I will present to Congress my plan for the following (the next step),” said the president-elect, who recalled that the distribution of vaccines it’s going to cost billions of dollars.

Furthermore, “we must take care of those people who without fault they are unemployed“, notice.

Biden, on the other hand, was cautious about the most contagious strain of the virus, originated in the UK.

“We are studying whether or not to require tests before (people) get on the plane and quarantine when they arrive (in the US), that’s my instinct but I am waiting for the recommendation of my team “, said.

This Tuesday, the main epidemiologist of the White House, Anthony Fauci, chosen by Biden as his future chief medical adviser, considered that it should be assumed that the new most contagious strain of the coronavirus is in the United States, since it would not be a surprise what with the expansion it has had in the UK has exceeded its borders.

The USA is the country in the world most affected by covid-19 with more than 18 million cases and more than 321,000 deaths, according to independent data from Johns Hopkins University.

This week USA began to administer the Modern biotech vaccine, the second to receive emergency approval in the country, after the Pfizer serum, which US healthcare professionals began receiving last week.

Biden was vaccinated with Pfizer’s serum on Monday in front of television cameras in an attempt to dispel doubts among Americans about the immunization safety.