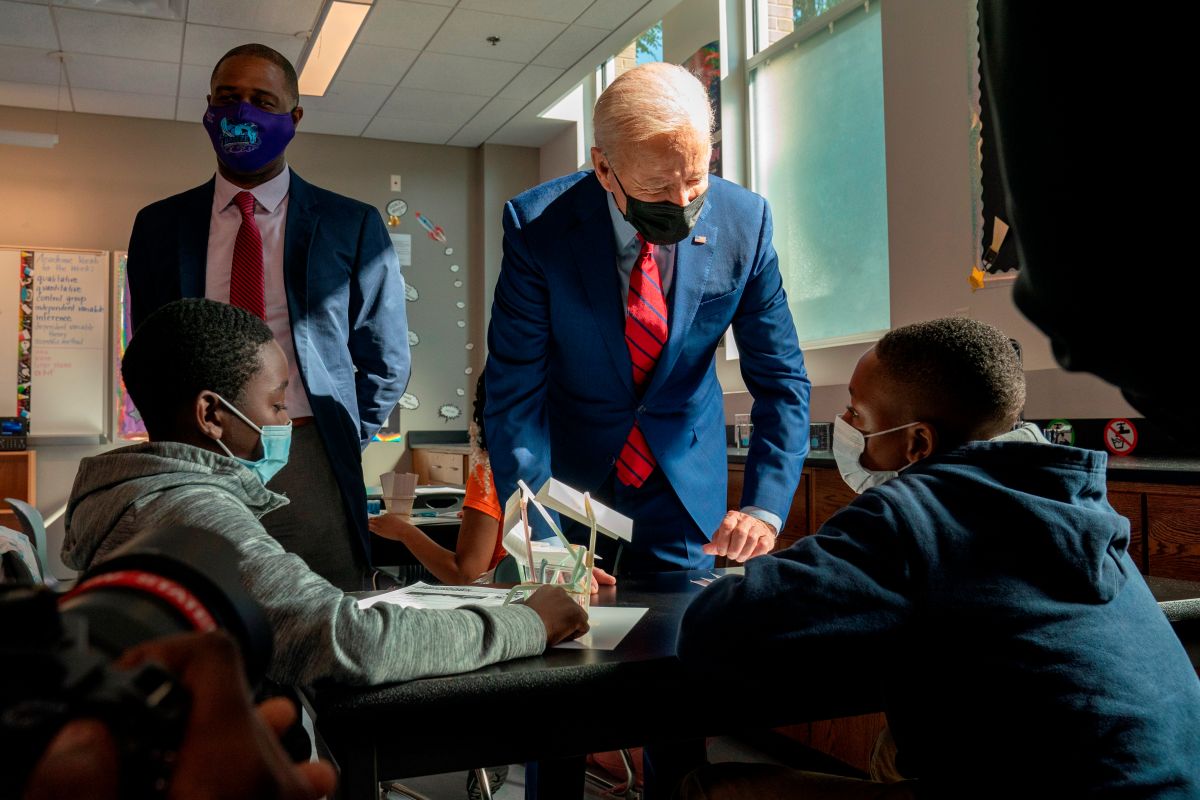 WASHINGTON – President Joe Biden on Friday defended his new vaccine mandate, which affects most of the country’s private sector workers, in the face of threats from various Republican governors to sue him to stop him.

“Go ahead, give it a try,” Biden said when asked about the possibility of these conservative politicians taking their government to court during a visit to a public school in the Brookland neighborhood of Washington.

A vaccination order applies to companies with 100 or more employees

The Republican governors of states such as South Carolina, Georgia and South Dakota have said they will take legal action against the mandate announced Thursday by Biden, a rule that has yet to be published and that will affect all companies with 100 or more employees, in which at least 80 million people work.

These companies must ensure that their workers are vaccinated with the full schedule or, otherwise, oblige them to show a negative test result at least once a week.

“I am very disappointed that these Republican governors have taken the health of our children, the health of their communities so lightly. We are dealing with something real. This is not a game, ”stressed Biden.

The president assured that the mandate he has announced has the backing of the country’s scientific community, and did not seem concerned about the possibility that it would end up being invalidated by the courts.

Until now, the White House had avoided imposing vaccine mandates that went beyond federal government workers, and still maintains that it will not force the entire population of the country to get vaccinated, something that according to legal experts, it would probably be unconstitutional.

Nevertheless, the expansion of the delta variant, which has skyrocketed the hospitalizations and deaths of those who resist vaccination, and which threatens to slow the economic recovery, has convinced Biden to move from pleading to action and demanding action from the nation’s largest companies.

The announcement has generated mixed reactions in the affected companies: many of them have welcomed it and are grateful that the mandate does not have to come from the company itself, but from the federal government; while others have been skeptical about how they will be able to implement it.

Mandate will be made public “in the coming weeks”

The coordinator of the response against COVID-19 of the White House, Jeffrey Zients, assured during a press conference that the mandate will be made public “in the coming weeks”, in the form of an emergency rule issued by the Department of Labor .

According to legal experts, the Department of Labor has the authority to issue such a measure based on its power to regulate occupational safety, and given that the mandate leaves open the option of not vaccinating those who are tested regularly, it seems unlikely may Republican demands be successful.