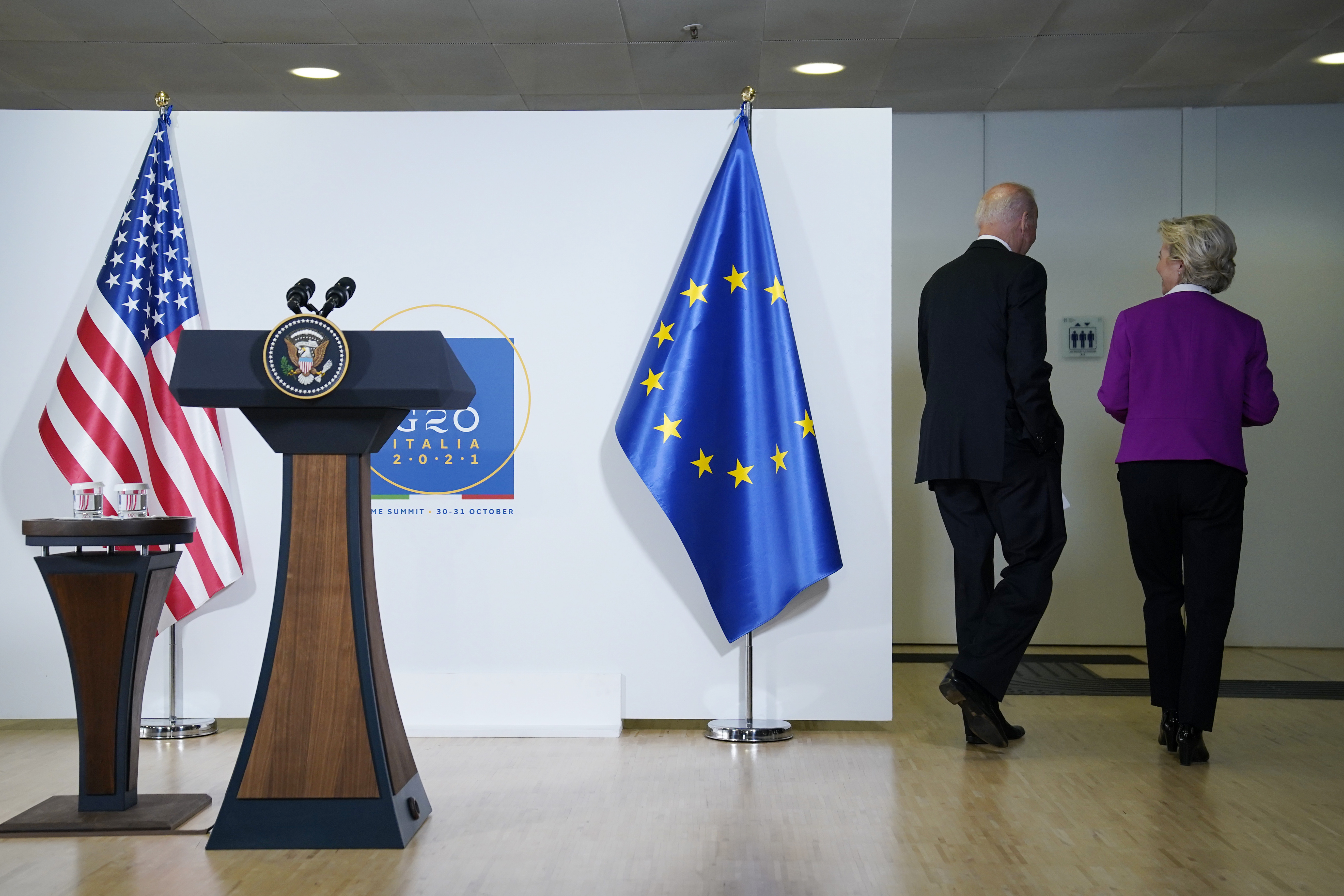 The short-circuiting of global supply chains broke into a G-20 structured mostly around the climate issue. The president of the United States, Joe Biden, took the initiative to organize, in parallel to the summit, a specific meeting on this issue with 14 countries present in Rome – among them, several European countries, India or Mexico, but not China and Russia-. The White House seeks to promote an international response framework to the crisis that harms the economic recovery after the disaster caused by the pandemic.

The meeting in Rome is emerging as a first step to strengthen coordination in action to dissolve the bottlenecks that shake manufacturing activity and world trade. Washington announced that it will convene a meeting of foreign and trade ministers to develop strategies, synergies, and lines of action that each country can undertake for its own benefit and collectively.

The Biden Administration also announced internal key measures, specifically the forthcoming approval of an executive order that delegates powers to the Department of Defense to expedite the use of stored materials that can facilitate manufacturing in the Defense sector.

The supply chain crisis is the result of a series of factors, from the insufficient production of microchips – a sector in which the great powers seek to reduce their dependence on large investments that promote national manufacturing – to difficulties in maritime transport or roads, with a particular focus on the shortage of truck drivers.

These bottlenecks, together with the sharp rise in prices in the energy market in recent months – especially gas, but also crude oil – are altering the growth prospects in the world economy.

Washington also announced that the State Department will provide technical assistance to Mexico and the Central American countries to streamline the trade bureaucracy. The White House also approved last week an aid disbursement to facilitate trade with countries of the Asian regional organization ASEAN.

In parallel to the work, Biden and the president of the European Commission, Ursula von der Leyen, presented in Rome the agreement reached between Washington and Brussels to deactivate the tariff war on steel and aluminum, unleashed by Trump in 2018. The measure , negotiated for months, constitutes a considerable step in the improvement of economic relations, and continues the trend set after the resolution in June of the dispute between the giants of the aeronautical sector Boeing and Airbus.

In addition to alleviating trade tension in these sectors between the two blocs, the pact aims to create a global scheme that tackles “dirty” manufacturing and overproduction in the sector, an initiative clearly aimed at curbing China’s exports.

Producers from the Asian giant represent more than half of this market. Its manufacturing processes, fueled by coal, are highly polluting. It is estimated that the industry causes more than 10% of the country’s total emissions.

In his speech in Rome, Biden explicitly said that the measure had an eye on Chinese production. The Beijing Embassy in Washington showed its rejection of the initiative.

This is the umpteenth reason for friction between the United States and China. Xi Jinping’s absence from the summit and the fact that a face-to-face meeting between the Chinese leader and Biden has not yet been held – or is in sight – testifies to the difficulty of a relationship that profoundly marks international politics.