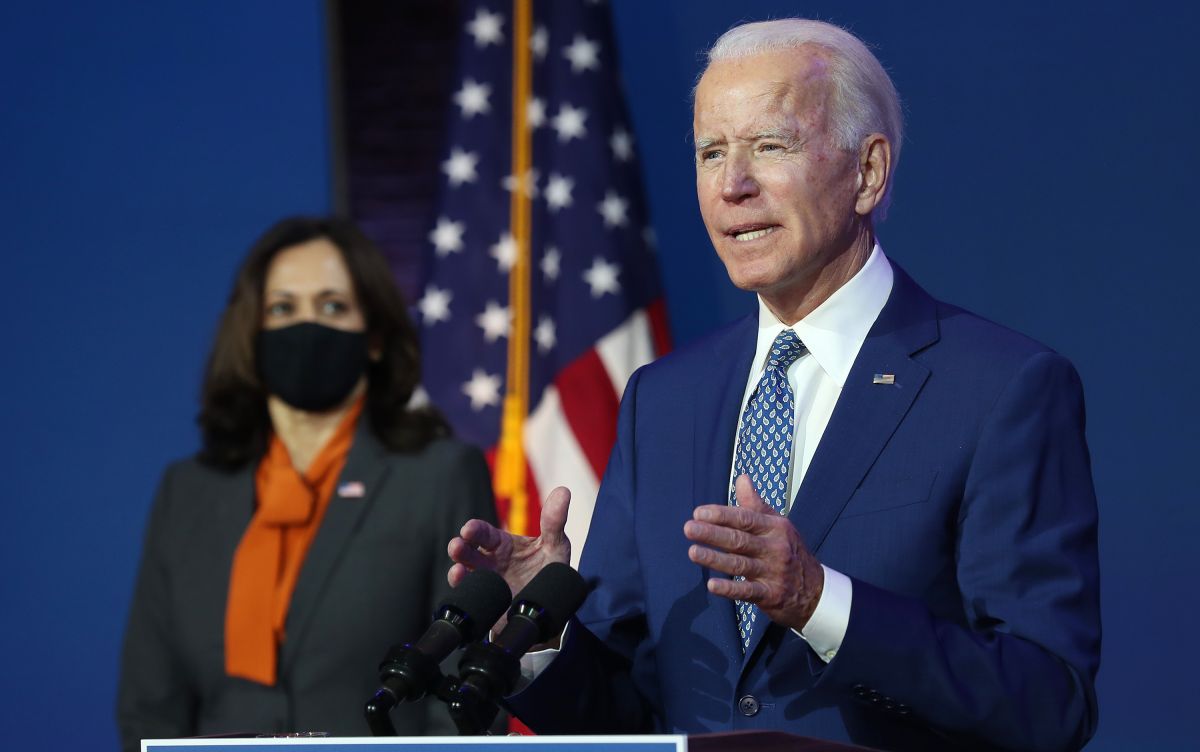 With Joe Biden and Kamala Harris to the front, the Democrats managed to remove the president Donald Trump of the White House, but said electoral audacity of 81.2 million votes will face its greatest challenge in 2021: to overcome the shadow of Trump ism in the government.

President-elect Biden’s main campaign slogan refers to the spirit of the United States, of how to “heal his soul,” but the Democrat must find the “perfect cure” and show that he will also govern for the supporters of President Trump, who achieved 74.2 million votes, a record for Republicans.

On Thanksgiving Day, Biden made an analogy between the coronavirus pandemic and the political and social situation in the country: “We must remember that we are at war against a virus, not each other”. He has not put that ” heech aside, but as of January 20 he must make it effective.

“Unquestionably it must be a government for all, even for these people who have been double deceived by Mr. Trump … President Biden’s challenge will be to govern for all”explained the academic Carlos Aguasaco, Associate Professor in the Division of Interdisciplinary Studies at the City College of New York. “He will have to convince Americans that it is possible to return to a policy in which compromises are made, a policy that exchanges positions, arguments and brings people together.”

The window of action for the Democratic duo is wide, considering that 83% of Americans are dissatisfied with how things are currently in the country, according to the recent survey of Gallup.

Those numbers largely reflect the failure of the Trump administration, who peddled political illusions as greatness to the detriment of minority groups.

“Here is a portion of the population that has been the victim of Mr. Trump and his friends, his henchmen, but he has managed to get them to support them by blaming immigrants and people of color, even women, for their failure,” Aguasaco notes.

President Trump has lost every court battle over his “voter fraud” charge, because he has no evidence to prove it. The Supreme Court slammed the door on rejecting the Texas Attorney General’s request, Ken Paxton, about blocking processes Georgia, Michigan, Pennsylvania and Wisconsin, a similar argument from the president’s defense team, led by Rudy Giuliani.

Despite the defeats, the Republican still considers Biden to be a “fake president.” He did so through Twitter, his favorite channel to express himself freely, sparking controversy over the claims of an alleged “young general” deployed in Afghanistan, who would have told him that in that country the democratic process is better than that of the United States.

“Ours, with its millions and millions of corrupt mail ballots, was the choice of a third world country. Fake president! “, said. Again he did not present evidence.

A young military man working in Afghanistan told me that elections in Afghanistan are far more secure and much better run than the USA’s 2020 Election. Ours, with its millions and millions of corrupt Mail-In Ballots, was the election of a third world country. Fake President!

Professor Aguasaco, an expert in cultural studies, populism and popular culture and transition ” heeches, notes that President Trump has political capital that he supports through the media or social networks.

“What he is looking for now is to stay in the center of media attention, which is where he has his social capital, his cultural capital”he explained. “What is coming now is someone who will try to be a shadow president, that is, someone who will counterpoint the Biden presidency.”

In November, the portal Page Six revealed that President Trump has millionaire offers to write books and stay in the media. If it materializes, this counterpoint that Professor Aguasaco talks about will complicate the communication of the new administration.

“Throughout the process of Trump’s candidacy for the presidency he has been characterized by having an addiction, he seems addicted to attention,” said the expert.

Although the Republican leader in the Senate, Mitch McConnell (Kentucky), already recognized the triumph of the Biden-Harris duo and called on his colleagues to avoid challenging the voters’ decision, in the House of Representatives it is still expected that President Trump’s allies will echo his accusations of “fraud” and try defy the Electoral College, which confirmed the 306 votes for Democrat.

During his administration, President Trump was mainly dedicated to dismantling the actions of the president Barack Obama, including the intention to disappear the Obamacare, the dismantling of policies against climate change, the implementation of more than 400 migratory changes, among others.

Biden’s plan is called “Build Back Better.” During his campaign, the Democrat promised priority to those most disadvantaged and affected by the coronavirus pandemic, including the Latino and black communities.

“Latinos have been undermined by President (Donald) Trump … Vice President Biden’s plan has a comprehensive approach, to provide them with more opportunities, such as in education,” a Democratic campaign official told this newspaper in August, prior to the presentation of the plan that includes economic and business strategies for Latinos and a ” hecial boost in education.

The challenge in Congress

“My party is self-destructing on the Trump Altar. Republican elected officials, party leaders and voters must recognize how detrimental this is to the party’s long-term pro” hects, ”he wrote in The Washington Post Benjamin L. Ginsberg, who worked as an election attorney for 38 years with the Republicans.

Some Republicans have realized this, as McConnell was mentioned, but President-elect Biden has a new challenge facing the election in Georgia, where it will be decided who will run the Senate. The progress of your agenda will depend on it.

“The best scenario for Biden would be for the two Georgia senators to be Democrats, such that the Senate would be 50 and 50 and Vice President Harris would take the deciding vote.”, explains Aguasaco.

He added that, if the Democrats prevail with the majority, even a minimal one, the Republicans would have a “golden opportunity” to regain the confidence of the voters.

“If for some reason there is 52-50 left, this would be a golden opportunity for Republicans who, with Mr. Trump coming out of the presidency, could collaborate with President Biden,” he said.