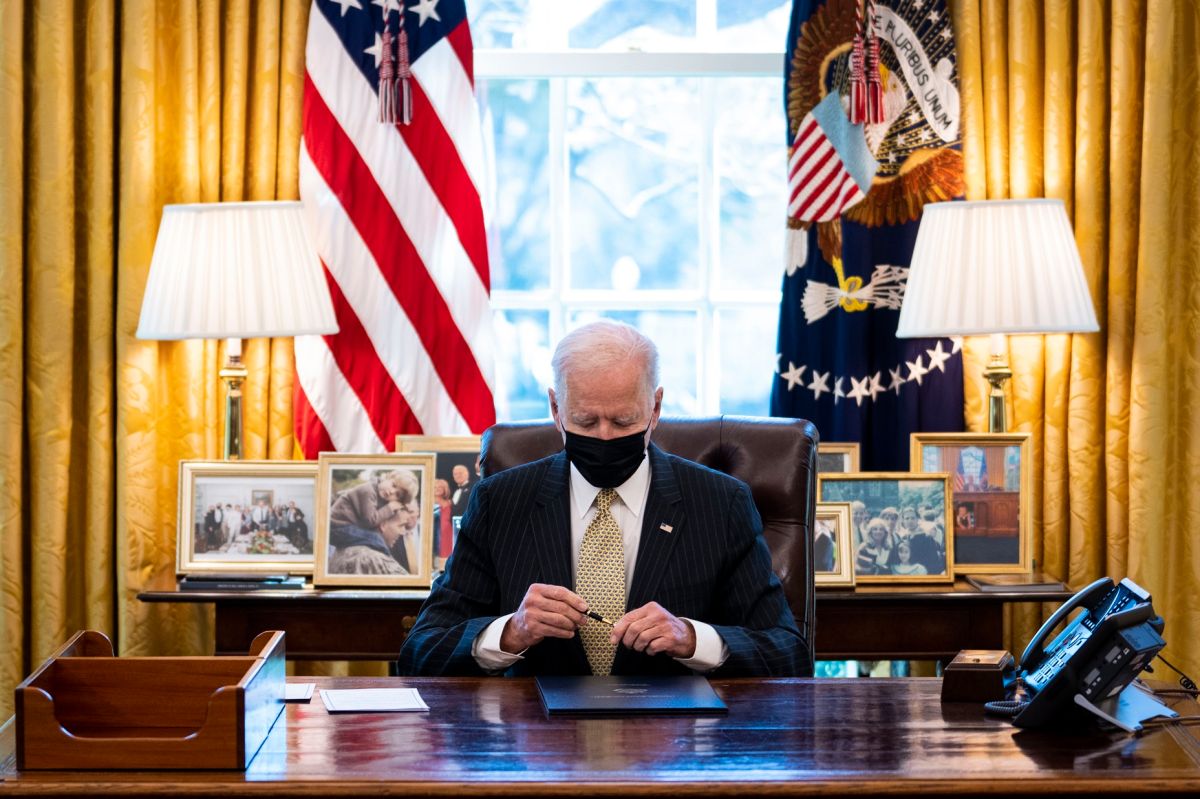 The government of the president Joe Biden revealed details of its new economic plan “Build Back Better” (“Rebuild better”) that covers four key aspects of the daily life of any person: their housing and services, infrastructure, care for the most vulnerable and development thinking about the future .

It is a multi-year plan of at least eight years that in addition to reactivating the economy will help the US to compete with countries like China, indicates a White House document revealed prior to the official announcement of the president.

“The first (part) is how we move: investments in our roads, bridges, railways and other elements of our transportation infrastructure”, points out the plan. “The second is how we live at home: investments in broadband, water, energy, housing and buildings”.

A senior official from the Biden Administration stated, for example, that the project is to ensure that the distribution of water occurs in pipes in good condition, free of lead.

“(There will also be) investments in home and community care for older relatives and people with disabilities”, It indicated. “(In addition to) investments in next-generation manufacturing, research and development, high-quality workforce development, and critical supply chains.”

The White House economic adviser added that millions of “well-paid” jobs would be created, coupled with the fact that it will seek to secure the supply chain with “incentives for domestic production, such as batteries and other technology”, in addition to an approach that allows all communities grow economically, in addition to the projects having a profile that helps to face the Climate change.

“This time we are not going to leave behind communities that have been systematically excluded for generations. This includes communities of color and rural ”, he assured. “Our investments will allow us to face the climate crisis and make the transition to a clean energy economy.”

It is an investment of around $ 2 trillion in the next eight years, but its approval also depends on the endorsement of the corporate tax increase, which – according to government estimates – “would be paid in full” in the next 15 years .

The White House official indicated that the president’s plan “would be worked on with Congress,” it is not an executive order, especially due to the recent approval of the American Rescue Plan (ARP).

“The Rescue Plan was with the intention of delivering relief, saving businesses, ensuring vaccination … This is a different approach, a multi-year investment”, said the advisor.

On a possible rejection of the Republicans in Congress, the adviser added that the president is “aware” that there are other ideas, but that it is part of the negotiation process.

“This is important for the people and the communities … (The president) recognizes that the people (congressmen) have other ideas … but the important thing is to give the Americans a plan.”, he cut short.

There is no date on when the projects are expected to start, which will depend on congressional approval.

At his press conference on Monday, spokeswoman Jen Psaki recalled that the US ranks 13th in terms of infrastructure, which – it was specified in a document – generates congestion with losses estimated at $ 160,000 million annually.

Also Read  Has the pandemic created a new era for the super-rich? | Actuality | ICON

Biden seeks to invest $ 620 billion in transportation infrastructure, to modernize 20,000 miles of highways, roads and major streets, in addition to repairing the ten most economically important bridges, as well as the worst 10,000 small bridges that would help better connect communities across the country.

The White House official insisted that This project “is not only infrastructure”, since its development is tied with the creation of well-paid jobs.

Mobility also contemplates “doubling federal funds for public transportation”; boost the production of electric vehicles with the construction of a network of 500,000 electric vehicle chargers, in order to replace 50,000 diesel transit vehicles, including the “yellow buses”, with a plan to finance their purchases.

“(This) will make our infrastructure more resilient to climate change, in addition to directing 40 percent of climate benefits and investments in clean infrastructure to disadvantaged communities,” it was noted.