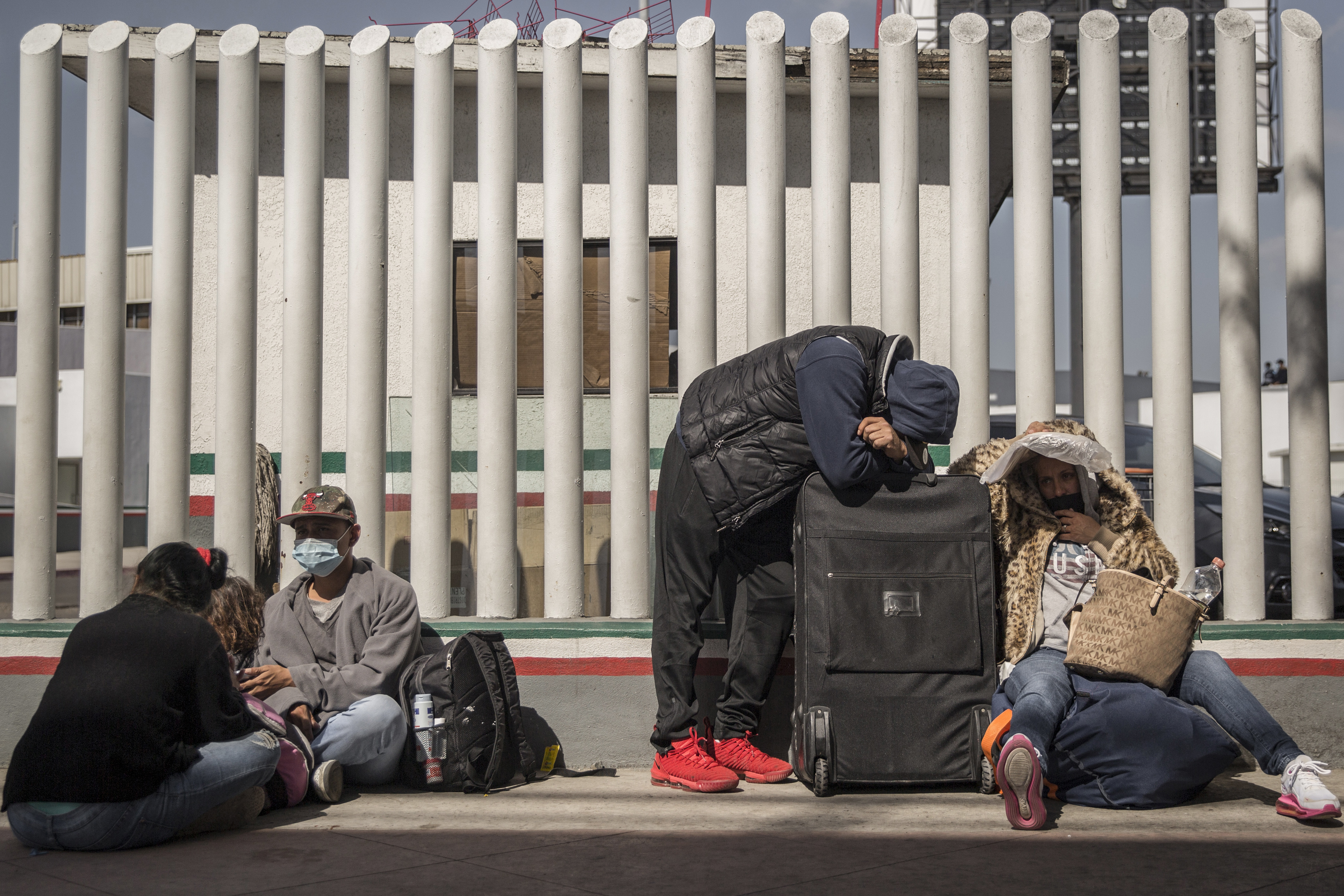 The Biden Administration and Democrats on Capitol Hill have presented ambitious legislation on Thursday that, if passed, will mean a profound change in the immigration system of the United States. The centerpiece of the bill, which builds on the priorities set by Biden on his first day in the White House, is the opening of the first path to nationality that opens in more than three decades for the nearly 11 million of undocumented immigrants living in the country. It would mean guaranteeing citizenship to these people, the majority from Mexico and Central America, after a process of eight years.

“We are here today because last November 80 million Americans voted against Donald Trump and against all that he stood for,” Democratic Senator Bob Menendez said in a virtual press conference. “They voted to restore common sense, compassion, and competence to our Government. Part of that mandate is to fix our immigration system, which was a mainstay of Trump’s heinous horror show. “

Immigration law has been a sensitive issue on Capitol Hill for decades. The last comparable initiative was passed in 1986, when a bill signed by Ronald Reagan legalized three million undocumented immigrants. In 2013, the Obama Administration tried unsuccessfully to push a similar initiative through Congress.

Biden’s bill also breaks with the formula that has been used in recent attempts by Democrats to try to pass immigration reform: to attract support from Republicans, the access routes to citizenship for the undocumented were combined with reinforcement of border security. Biden’s proposal circumvents that model and, instead of commitments to reinforce the border in return, the bill includes measures to address the “root causes” of migration. Thus, it contemplates investments of more than 4,000 million dollars in four years in El Salvador, Guatemala and Honduras, trusting that they will contribute to alleviating the poverty and violence that push many people to emigrate. It also provides for the creation in the region of asylum application centers to access the United States legally, avoiding the dangerous clandestine journey to the border.

Democrats have fragile majorities in both houses. But in the Senate, where each party has 50 seats after the November elections and Vice President Harris has the tiebreaker vote, they would need 10 Republican votes to avoid a filibuster blockade. This is a difficult goal, especially on an issue like immigration, which has become one of the most polarizing in the country.

The strong hand against immigration was one of the axes of Trumpism, and one of the great cohesive elements of the bases of the previous president. The loyalty of the Republican Party to Trump, demonstrated last week in his acquittal in the Senate, indicates that the negotiation will be difficult.

Biden would have other resources if he does not win the support of those 10 Republican senators, such as abolishing filibusterism or resorting to a budget reconciliation process that would require only a simple majority, but members of his administration, in a conversation with journalists, avoided clarifying whether the president I would be willing to do it. “It’s too early to speculate on that,” they explained. The president did indicate last Tuesday, in a meeting with voters for CNN, that if the approval of the entire plan becomes difficult, he could be willing to fragment it into several laws to facilitate the process.

The negotiation of immigration reform joins other extremely ambitious legislative initiatives that occupy the Capitol these days. The main one, the new rescue package against the pandemic, worth 1.9 trillion dollars. The immigration law serves as a reminder of the colossal challenges the country faces, hidden in part by the urgency of fighting the health crisis.

The bill reflects the priorities outlined by the president in a decree signed on his first day in the White House. In the following weeks, he has signed more decrees, including one that paralyzes the construction of a border wall and another that ends the declaration of emergency at the border issued by his predecessor. But the powers of a president in immigration matters, although very broad, are not unlimited. There are things that cannot be done by executive means, as Trump was able to verify when he unleashed a complex judicial battle when trying to end the DACA program, which protects those migrants who arrived in the country as children, who are known from deportation What dreamers.

Biden’s bill provides for immigrants without documents to be able to live and work in the United States legally. After five years, they can apply for green card, the document that grants permanent residence. And three years later, they can apply for nationality. To prevent arrivals from spiking, applicants must have arrived in the country before January 1, 2021, and must prove that they meet some requirements, such as that they do not have a criminal record and that they are up to date with the payment of taxes. Some immigrants, such as farm workers or their own dreamers, they could request the green card immediately.