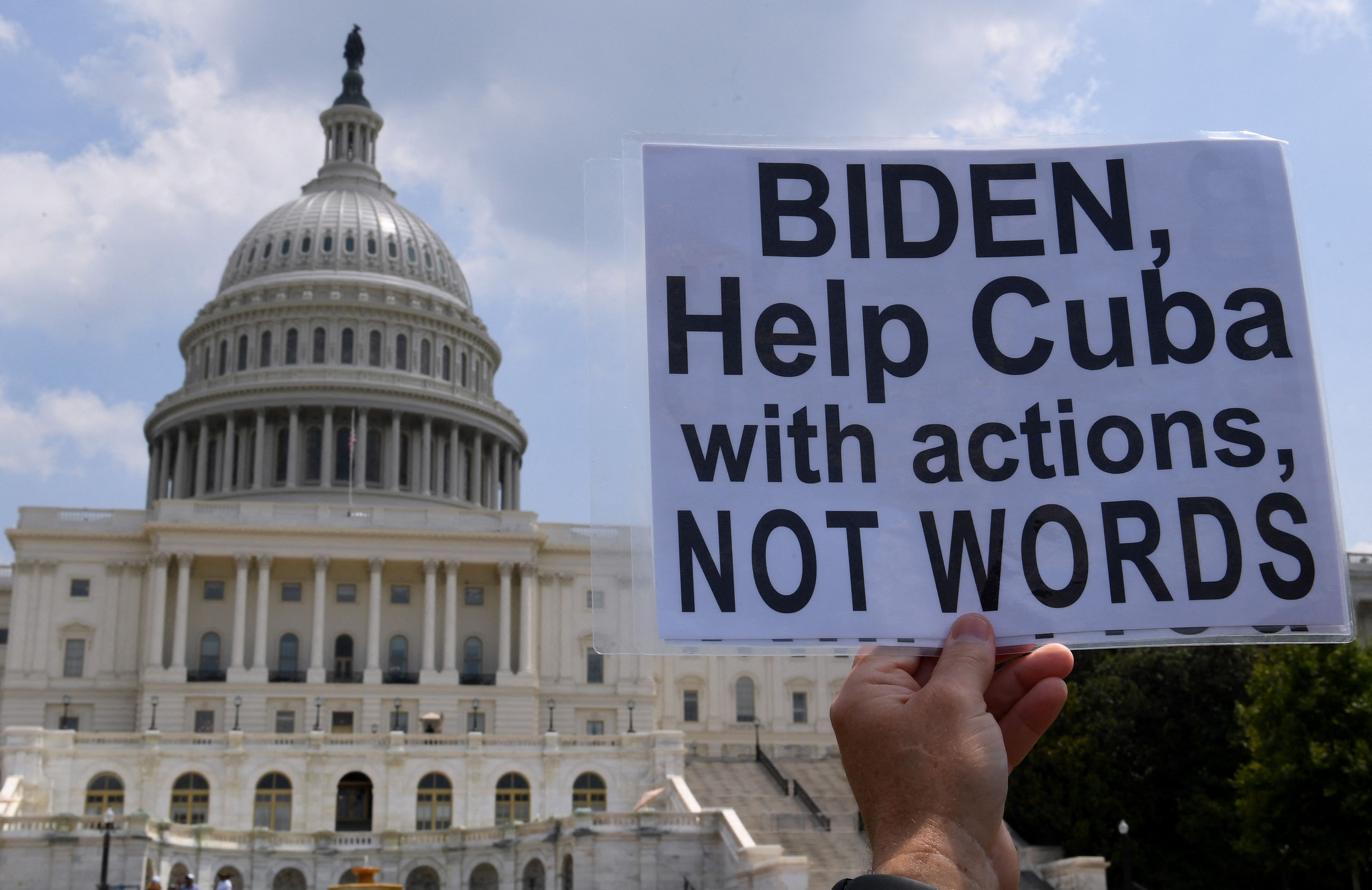 Pressure from the United States is intensifying on Cuba, albeit in a trickle. The White House announced on Friday afternoon new sanctions against two people from the Cuban regime and reported that the Administration is studying options to provide Internet access to Cubans after the largest mobilizations against Castroism since the crisis. of the nineties were responded with repression and an internet shutdown on the island. The two men whom the Treasury Department has sanctioned are Óscar Alejandro Callejas Valcarce, director of the Cuban National Revolutionary Police, and Eddy Manuel Sierra Arias, second head of the General Directorate of that body, who have been included in the list known as OFAC (acronym in English for the Office of Foreign Assets Control). In addition, it has penalized the entire body of the Cuban National Revolutionary Police as an entity.

The announcement comes on the day that President Joe Biden will meet at the White House with Cuban-American leaders to discuss Washington’s response to the Castro regime’s repression against the social protests that began on the island on July 11. In response, on July 22, the US Government announced sanctions against the Minister of Defense, Álvaro López Miera, and the National Special Brigade (BEN), a unit known as black berets, which charged against the population that came out to demonstrate. in an unprecedented mobilization on the island. Then, Biden warned that it was only “the beginning” and that the United States would continue to “sanction the individuals responsible for the oppression of the Cuban people.”

Today, Treasury’s Office of Foreign Assets Control (OFAC) sanctioned a Cuban police force and its leaders in response to violence against peaceful demonstrators.

“Today’s actions serve to hold those responsible for suppressing the calls for freedom and respect for the human rights of Cubans to account,” said OFAC office director Andrea M. Gacki, in a statement warning that they will continue to impose sanctions on those who violate the rights of Cubans. On July 11, thousands of Cubans took to the streets of Havana, and other cities in the country, to protest the policies imposed by the communist regime, which they accuse of repressing freedom, condemning the people to hunger and suffering power outages. continuous.

Among the people that Biden will receive this Friday is the Cuban singer Yotuel Romero, one of the authors and interpreter of the song that has become the anthem of the protesters, “Patria y vida”; Felice Gorordo, Cuban-American businessman and CEO of the company eMerge Americas; Ana Sofía Peláez, co-founder of the Miami Freedom Project; and the former mayor of Miami between 2001-2009 Manny Díaz, among others.

During a conversation to discuss the Cuban crisis and the role that the Democratic Administration is playing, a senior official from the National Security Council (NSC) shared with a group of journalists that the president wanted to hear first-hand from the leaders. of that community in the United States and meet the needs of the Cuban people. One of the most important, and also most difficult, aspects is the need to provide Internet access to Cuba, after the network was silenced by the regime after the protests.

Biden is also evaluating the possibility of re-authorizing the sending of remittances to Cuba, something that has been prohibited since November last year. Washington’s misgivings about these money transfers are based on the fact that the regime usually keeps a percentage of the total sent from the United States.