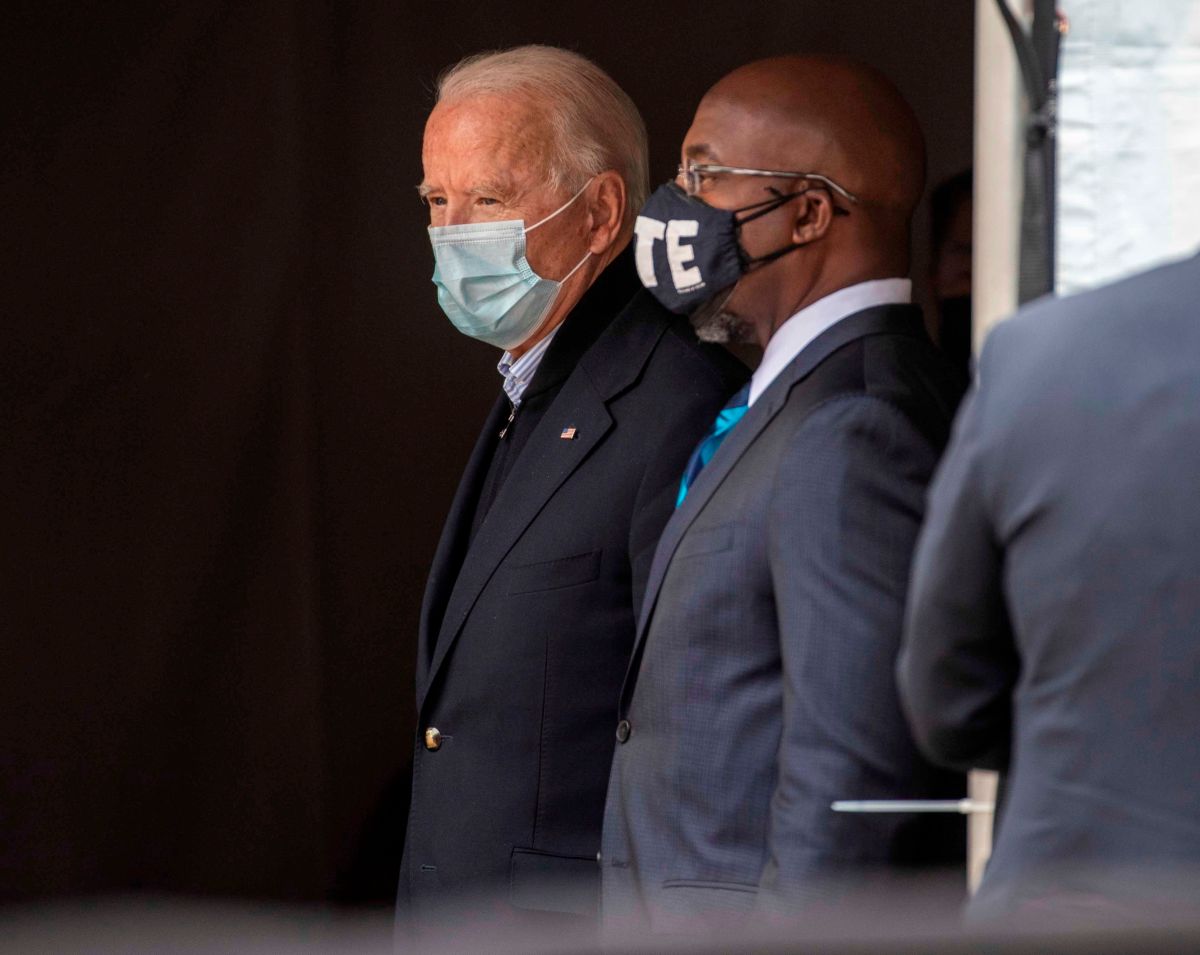 President-elect Joe Biden linked the political issue to new economic aid for coronavirus by indicating through a video in Twitter that the possibility of more incentives in 2021 would depend directly on who wins the seats by Georgia at Senate to be determined in a second round.

In a recorded message that was shared on his account on the social network this Thursday, Biden called on state voters to vote for his party’s candidates for the Senate on January 5.

Raphael Warnock y Jon Ossoff They are the candidates for whom Biden asked the vote of Georgia’s constituents. The results of those elections will determine which delegation will control the federal Senate for the next two years.

“Georgia, I know that things are difficult now. But I want you to know that help is on the way. My Administration is preparing a large COVID-19 relief package to bring economic relief to Americans. I am prepared to sign on day one (of my Administration) a coronavirus relief package that fully finances the public health response, “Biden says in the video.

The president-elect highlights that new aid would include more loans for small businesses, as well as free tests and vaccines against COVID-19.

“Let me be clear, I need Raphael Warnock and Jon Ossoff in the United States Senate to do this,” says the former US Vice President.

I’m prepared to sign a COVID relief package on day one, but I need @ReverendWarnock and @ossoff in the Senate to get it done.

The truth is that if a new economic stimulus package is approved before the end of the year, it would be the outgoing president Donald Trump who would be responsible for signing the legislation so that its provisions take effect immediately.

Biden will be sworn in with Vice President-elect Kamala Harris on January 20.

However, the president-elect has already said that what is approved in the United States Congress before the end of the year is an initial measure and that more aid could be approved under his Administration.

The winner of last November’s elections declared in early December that although the stimulus package under consideration would not be the complete answer to the problem, it would help immediately with “many things.”

In that sense, the Democrat expressed his support for the bipartisan plan being evaluated by the federal Legislature to which provisions were added at the last minute this Wednesday for a second round of stimulus checks of $ 600 minimum.

The inclusion of new direct payments came amid pressure from the independent senator Bernie Sanders for one of $ 1,200 and the Progressive Caucus of the House that brings together the most liberal Democrats in that body.

Biden, who also previously said he supports legislation similar to the “HEROES Act” for stimulus checks of $ 1,200, has left the door open for the passage of more financial incentives for coronavirus.

Last week, the Democrat insisted that a $ 1,200 check package would be much better amid uncertainty about whether new legislation would include new direct payments to individuals and families.

The electoral process to elect the two senators for Georgia began this Monday with the beginning of the early vote.