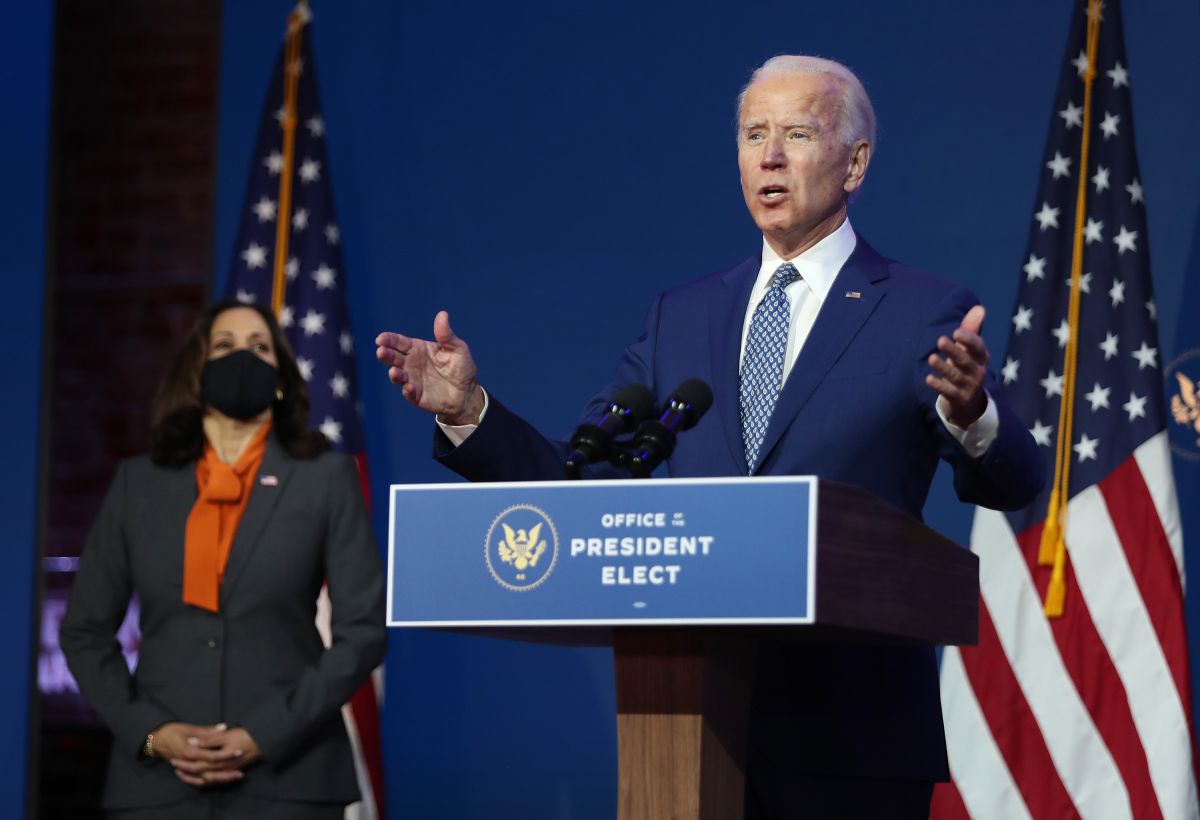 In November the unemployment rate dropped slightly. From 6.9% in October it went to 6.7% and in the case of Latinos from 8.8% to 8.4%, but there is not much to celebrate in the reduction of percentages.

The reason is that only 245,000 net jobs were created or recovered in November. The private sector created 344,000 but the public (governments) have laid off 99,000 people. The resulting figure is the lowest since the job market began to repair itself in May – following catastrophic job destruction – and marks one of the lowest points since job creation began to deflate five months ago.

President-elect Joe Biden called the report from the Bureau of Labor Statistics (BLS) “discouraging” and said the grim situation calls for “urgent action.” This has been waiting for months, not prospering in the Senate led by Mitch McConnell until this week.

On Friday Biden launched his support for the bipartisan plan that is brewing in the Senate, with a stimulus of $ 900 billion. However, he said that this amount “is not enough. It is only the beginning ”

The reason the unemployment rate has been lowered is bad.

The rate is calculated taking as a reference the number of people who work or actively seek to do it, it is the participation in the labor market and is currently 61.5%, 0.2% less than the previous month. In February it was 63.4%. Compared to this month, that translates into millions of workers, especially women, not looking for a job after losing it.

According to Jason Furman, an economics professor at Harvard and an advisor to Barack Obama when he was president, the realistic unemployment rate, adjusted for a labor share that has not fallen that much, points to unemployment being 8.5% and rising.

“It is a worrying sign when there are still 9.8 million fewer jobs than in February”, explain the economists of Oxford Economics referring to the last month in which the economy operated without the daily danger of the virus.

Now the health situation is worse than in spring. The disease is ravaging most of the world but most notably in the US. According to John Hopkins University, only on Thursday there were 217,664 new infections and 2,879 deaths.

It is a sad record, which can be overcome soon, and which in the economic context translates into less activity, less demand and more job instability. COVID sets the pace of the economy and even more so when a hand has not arrived from Washington for months to strengthen defenses against its deterioration.

As recalled in Oxford Economics, “new rounds of layoffs, caution in hiring and a good number of seasonal factors have weighed on the net employment account

The other sector that is under heavy pressure is the food and beverage service sector. Bars and restaurants have destroyed 17,000 jobs with the change of season that prevents the same type of service outside the premises and the new restrictions applied to stop the spread of the virus.

Businesses have seen the transition to electronic sales skyrocket and job creation in warehousing and transportation (45,000 more people) but retailers have lost 35,000 jobs as the peak sales season prepares.

Biden, who will inherit the management of the economy from January 20, explained that the employment report is gloomy and does not reflect the increase in cases that are being detected and that will make this a “dark winter.”

In a statement listing the many open fronts in the economy, from evictions for non-payment of rent to the downgrading of teachers in schools to the disadvantage of Latinos and blacks, Biden explained how necessary it is that the president Donald Trump and Congress act so that by the end of December there are no 12 million Americans who lose their unemployment benefits.

These are those created by the CARES Act that expire on December 26 and that some economists point to affecting more people, about 13.4 million.

After months of lack of aid despite the deterioration of the pandemic situation, the next president said that Americans they need help “and they need it now.”

“I am encouraged by the bipartisan efforts in the Senate around a relief package of $ 900,000,” he said, clarifying that this clears the doubts whether Democrats and Republicans can work together. “Right now they are showing that they can.”

In the morning, Nancy Pelosi, the Democratic leader, said that there was momentum to move it forward and that they were not going to leave without closing that deal. Pelosi has been asking for something more ambitious for months to cover more economic cracks opened by COVID but it is something for which there is no consensus with the conservatives.

The aid package now before the Senate, Pelosi recalled, is a framework but it is not written. It includes unemployment benefits, small businesses and transfers among other items, but not a direct aid check that temporarily encourages household income. Democratic Congresswomen Alexandria Ocasio Cortez and Rashida Tlaib have called for it to be included.

Biden has said on occasion of the need to put more money into trouble and repeated it on Friday. Congress will need to act again in January. In inheriting this crisis, the vice president-elect, Harris and I are working on a plan that we will present in Congress to control the pandemic, revive the economy and rebuild better than before.

17,000 jobs has lost the bar and restaurant sector

21,000 jobs has lost the education sector

8.2% of Latina women are unemployed. In the case of Latinos, the situation affects 7.8%.