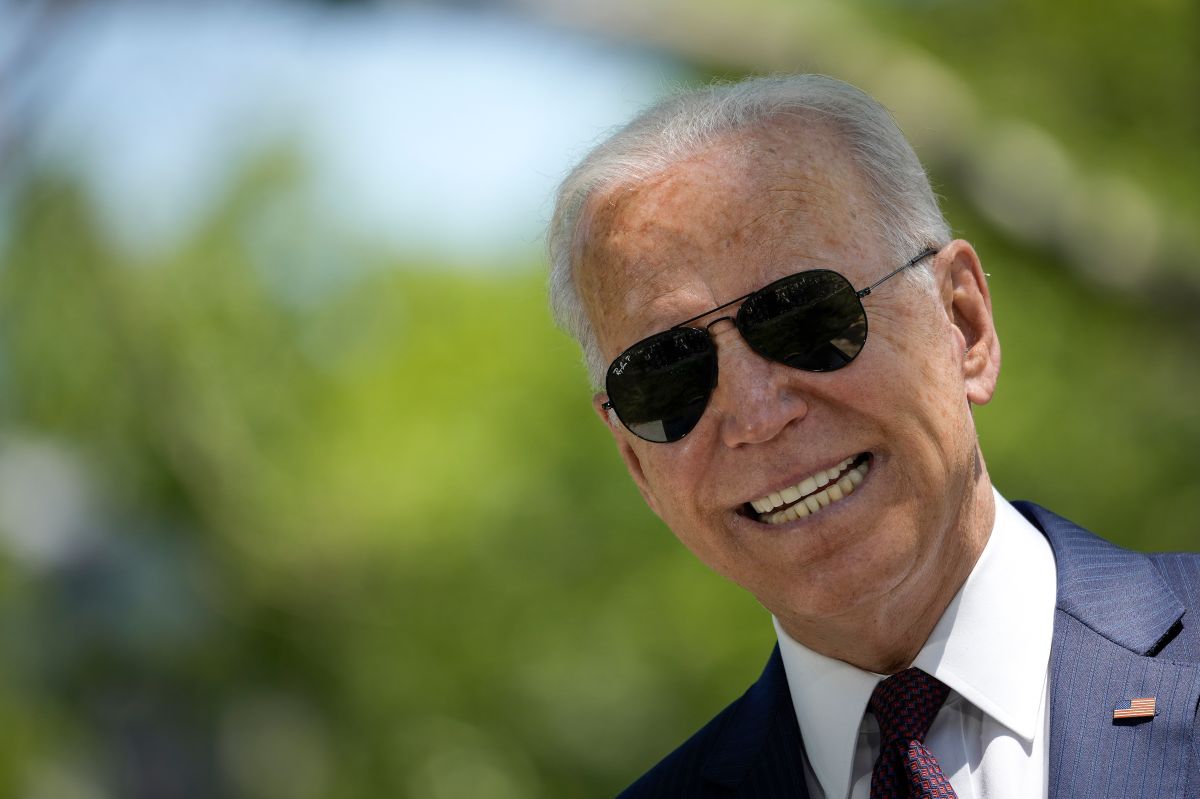 President Joe Biden He surprised this Wednesday with a visit to a Mexican restaurant in northeast Washington DC, benefiting from a pilot program of his government to help the hospitality sector in the face of the economic impact of the pandemic.

“Tacos and some enchiladas”Biden replied as he left the baptized place “The Twins” with two white bags, before the questions of the journalists who followed the presidential caravan about what he had acquired in the place.

President Biden: “Tacos and some enchiladas.”

Q: “Do you have any comments on the efforts to oust Liz Cheney from the House Republican leadership post?”@POTUS: “I don’t understand the Republicans.” pic.twitter.com/ZWrOcPhlsb

The visit had as a backdrop the celebration of the Fifth of May, the date on which the Mexican victory over the French in the Battle of Puebla is commemorated and which in the United States constitutes the largest celebration of Mexican heritage in the country.

Thus, Americans join the party with an increase in the consumption of Mexican drinks and dishes.

The taqueria “Las Gemelas”, owned by Mexican immigrants Yesenia Neri Díaz and Rogelio Martínez, has benefited from the Fund for the Revitalization of Restaurants, which has a purse of 28.6 billion dollars and is part of the ransom of 1.9 trillion dollars approved by Congress in March.

Josh Phillip, a partner of Díaz and Martínez, told local media that the White House had previously contacted him, but that he thought the visit would be made by a delegation from the US Federal Small Business Agency (SBA).

“It was a very pleasant surprise”, assured Phillip, in statements collected by the publication The Washingtonian, which revealed that the president ordered four take-out tacos (pork al pastor, beef barbecue, tongue and carnitas), as well as a green chorizo ​​and mushroom quesadilla.

According to data from the White House, the restaurant went from having 55 employees to just seven during the pandemic, but thanks to official help it has rehired staff and paid its past due debts.

“Today, on Cinco de Mayo, the Biden Administration remembers the resilience and ingenuity of the Mexican-American community in difficult times.”, the White House added.

The rescue promoted by Biden was added to that of $ 900 million that Congress approved last December and the $ 2.2 trillion -the largest in the country’s history- that then-President Donald Trump signed in March 2020.

Biden is currently touring the country to promote the stimulus package, as well as its infrastructure and social spending plans.

The United States has been the country hardest hit by the pandemic, with more than 32.5 million confirmed cases and more than 578,000 deaths.