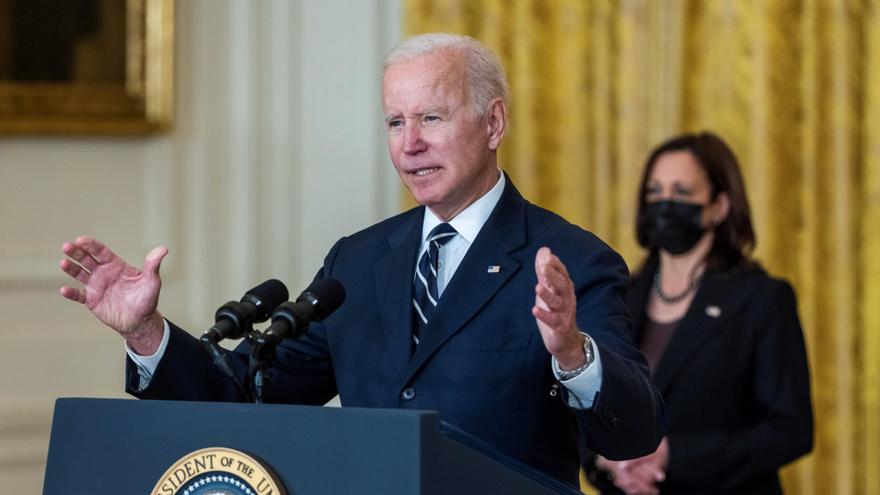 The president of United States, Joe Biden, will keep this Saturday in Roma a meeting with European leaders on the future of the nuclear agreement with Iran, at a time when a seventh round of negotiations is about to take place in Vienna.

The appointment will take place on the margins of the summit of leaders of the G20 and it will include Biden, French President Emmanuel Macron; the German Chancellor, Angela Merkel; and the British Prime Minister, Boris Johnson; Jake Sullivan, the US president’s national security adviser, announced Thursday.

“They will evaluate the point where things are in the attempt to resume the negotiations to return to the JCPOA“Sullivan explained, using the acronym in English for the Iran nuclear deal, in remarks to the press aboard the presidential plane that was taking Biden to Rome.

The four leaders will share “their concerns about the state of Iran’s nuclear program”, which has violated various terms of the JCPOA since the United States withdrew from it in 2018, Sullivan stressed.

The adviser said that the meeting will mark a profound “contrast” with the attitude that the previous US government of Donald Trump had on Iran, which broke the consensus with Europe by withdrawing from the nuclear agreement, while Biden has expressed his willingness to return to States United to that pact.

“Chancellor Merkel, President Macron, Prime Minister Johnson and President Biden will be united on this matter“at their meeting, Sullivan assured.

The senior US official did not specify whether the meeting will also be attended by the Social Democratic candidate for the German Chancellery, Olaf Scholz, who plans to accompany Merkel to the G20 summit in Rome and participate in bilateral meetings with some of the attending leaders.

The 2015 nuclear agreement between Iran and six great powers (USA, Russia, China, France, the UK and Germany) limited the Iranian atomic program in exchange for the lifting of international sanctions.

Following Biden’s rise to power, Negotiations began between Iran and the six great powers, including the United States indirectly, to achieve the return of Washington to the pact and the fulfillment by Iran of all its obligations that it is violating.

But those contacts came to a standstill in June, before the Iranian general elections, and the new government of ultra-conservative president Ebrahim Raisí insists it needs time to review the six rounds held so far in Vienna.

Sullivan also confirmed Thursday that, During his visit to Glasgow on Monday and Tuesday to participate in the COP26 climate summit, Biden will meet with the President of Turkey, Recep Tayyip Erdogan.

That appointment will come after recent tensions over which Erdogan was on the verge of expelling ambassadors from the US and other Western countries who had called for the release of an imprisoned Turkish businessman and activist, Osman Kavala.

Relations between Washington and Ankara, allies in NATO, have weakened notably in recent years, and in December the US imposed sanctions on Turkey for the purchase of a Russian anti-missile system.