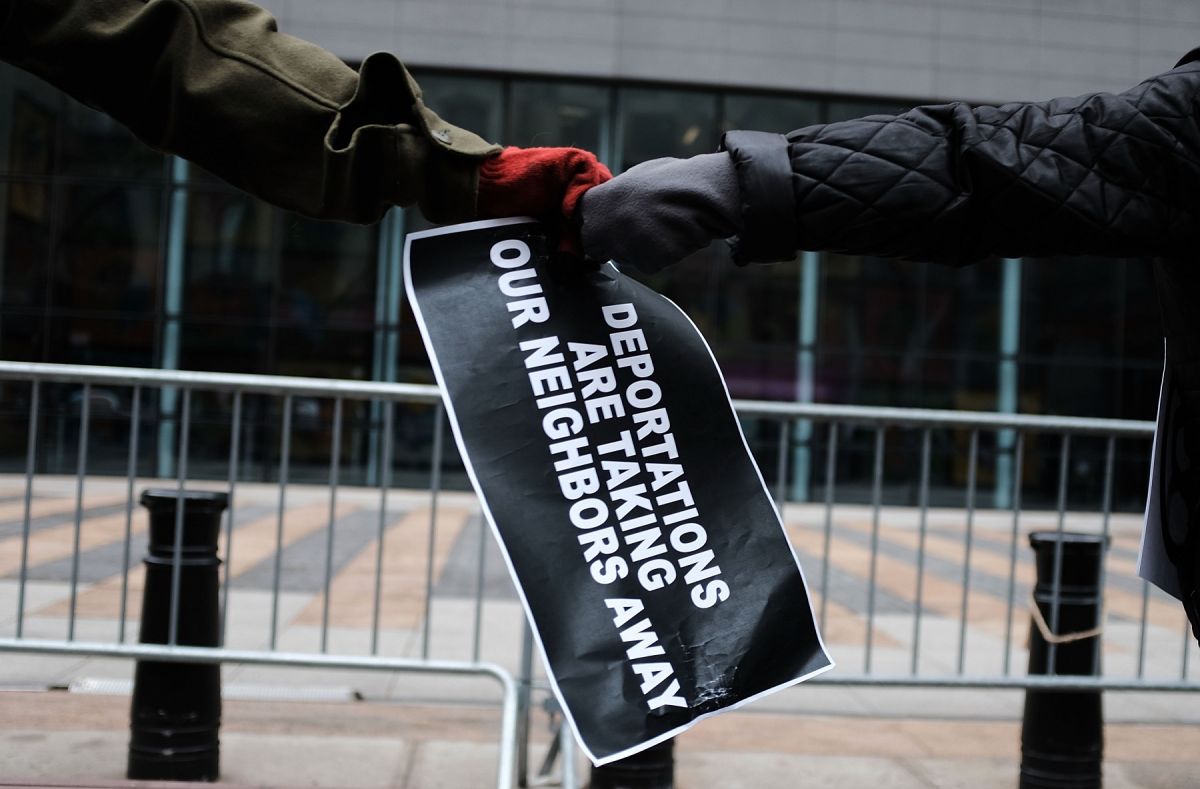 In his immigration plan, the president Joe Biden intends to hire more judges to address the backlog in courts, which tripled during the government of Donald Trump, reaching almost 1.3 million pending cases.

However, the Democrat’s plan is not necessarily the best, according to the Dr. Austin Kocher, a researcher at the Transactional Research Access Clearinghouse (TRAC) at Syracuse University, an institute that does reporting under the Freedom of Information Act to study the federal government.

The expert said in an interview that the Department of Homeland Security (DHS) must change their deportation priorities, which will depressurize the courts.

“They don’t need more judges, maybe they have enough judges … it is not about the number of judges, but the decision of the DHS in their deportation plan”, he indicated. “During the Trump Administration they tried to deport anyone, as long as that perspective does not change there will not be enough judges.”

The interview takes place after report by TRAC, “Case completion times in immigration courts increase as delays lengthen”, on the delays in court that are affecting thousands of immigrants whose cases are left in limbo, without the possibility of any immigration protection and, therefore, without hope of getting a job legally.

“New cases continue to drastically exceed case completion,” the report states. “Added to the court’s workload are not only new folders, but previously closed cases that have been reopened, re-sent for reconsideration, or placed back on the court record.”

It is noted that in October and November 2020, immigration courts received 29,758 new cases and although they are fewer requests than usual, they represented almost double of the 15,990 cases that achieved a decision from a judge

The active backlog of the court at the end of November 2020 reached almost 1.3 million, an increase of 18,821 cases in just two months.

Another problem detected is that closed asylum and deportation cases took longer to reach that point, since they had an average of 460 days of solution, but in the first two months of fiscal year 2021 that period skyrocketed to 755 days or 64 percent more.

The courts that have closed the most cases so far are Baltimore with 995, but with an average of 1,282 days to do so.

They are followed by San Francisco with 890 cases, Miami with 774 cases, and Los Angeles with 740 closed cases, but which took an average of 1,054 days.

The problem, the expert considered, was intensified by the Trump Administration, as part of its political strategy.

“The Trump Administration reopened a good number of cases, to return them to the court system, because it decided that it wanted to prosecute those people, even if the cases had been temporarily closed,” he criticized. “It was an extremely aggressive administration that ended up undermining the work of the … politically stimulated courts.”

Dr. Kocher, an expert on immigration detention, deportation and the court system, listed at least three problems that judges are currently facing.

“There are several problems, immigration judges are overburdened by the number of cases they have. There are cases that are challenging, that can be really complicated, they can include asylum or other problems “, he pointed. “It (increased) nearly triple the number of cases during the Trump Administration, even when some of the problems were promised to be solved.”

As they are not proper courts, the immigration courts – which depend on the Department of Justice (DOJ) – they do not decide which cases to evaluate, but depends on the work assigned by DHS.

“The second problem with the immigration courts is not necessarily in those courts, because the judges do not decide directly which cases they will attend, that depends on the Department of Homeland Security, mainly the Immigration and Customs control office,” he said. “Unfortunately he has used a large part of his resources trying to deport, not only criminals, but anyone, even those who have been in the country for many years without a criminal record.”.

He insisted that most of those cases put pressure on judges and a general policy change could reduce the problem.

The other, added Dr. Kocher, depends on the quality of the administration of justice, since immigrants do not always have the right or enough time to build their legal defense, even to get a lawyer.

“The third problem has to do with the quality of the process under our legal system, unfortunately immigrants facing deportation under our immigration system face several barriers … making it very difficult for cases to proceed,” lamented the expert. “Even when there are good judges who try to be fair and maintain a balance, during the process, the judges themselves are restricted, they do not have the freedom as federal judges, because they are controlled by the Department of Justice.”

Judges have the power to administratively close and open cases, allowing them to handle complicated files. That decision is also beneficial for immigrants, because it means that there will not be an immediate deportation order, since they do not represent a danger to the country.

“Administrative case closure is an important tool for them. I think it’s good, ”Dr. Kocher said in reference to Judge Richard Leon’s decision, of the District Court of Washington, DC, which decided in favor of immigrant advocates to return that power to the judges. The decision, however, is not final.

The researcher explained that all court cases actually deal with deportation proceedings, even if an asylum petition is evaluated, because the negative result leads to the expulsion of a person.

“They can all be classified as deportation problems,” he said. “They work these cases as deportation, even asylum cases can be considered removal.”