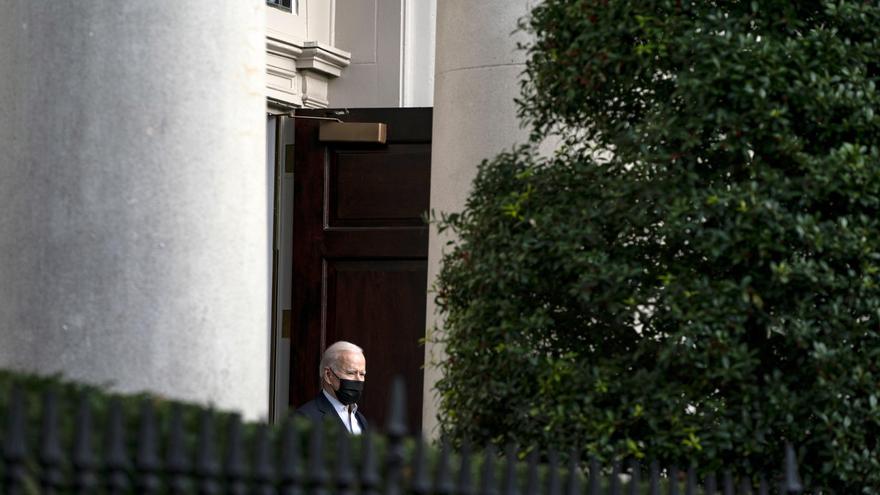 US President Joe Biden has launched a crusade against large companies who want to increase the tax rate from 21% to 28%, and which seeks to extend to the international arena with its proposal for a global minimum corporate tax presented this week to the G20.

The new plan is about breaking “the race to the bottom” on corporate taxes internationally, in the words of his Secretary of the Treasury, Janet Yellen, and establish “stable and fair tax systems.” To do this, Yellen has already presented an initiative to the G20 (which brings together the main advanced and developing economies) to establish a minimum global corporate rate of 21% and limit evasion maneuvers through tax havens.

Biden intends to apply a minimum tax of 15% on accounting income, which is reported to investors, as opposed to income that is reported to the US Treasury. It also strengthens the regulations to avoid so-called “fiscal investments”, through which large companies merge in search of set up the headquarters in the country with a more favorable tax treatment and to channel part of the profits made in the US there to reduce the payment of taxes.

Biden’s gamble has surprised him with his ambition, particularly with Washington’s renewed will for international leadership.

“The positive is also the knock-on effect that this may have: the option to arm a tax model based on defending the real economic value and not artificial and artificial competition for those who pay less. Protect employment before large investors. A 180-degree change, “Susana Ruiz, head of tax justice for the NGO Oxfam, explained to Efe.

It also involves reversing one of the main inheritances left by his predecessor, Donald Trump (2017-2021), who made sharp tax cuts one of his axes in economic policy with a 35% reduction in the corporate rate. at 21%. “That cut was more than companies were looking for: although the tax base for corporations was supposed to be widened by eliminating deductions, many large corporations still do not pay taxes“Alan Gin, an associate professor of Economics at the University of San Diego, analyzed in an interview with Efe.

In his opinion, the most effective decision would be to place the corporate rate at 28%, but the “most likely to happen” is an increase to 25%. Given this situation, some US companies could try to relocate, but according to Professor Gin, productivity gains due to Biden’s infrastructure modernization plan, valued at more than $ 2 trillion, should produce a net gain in employment.

Aware of the need to garner broad support given the minimal Democratic majority in the Senate, Biden, a political veteran with more than three decades in the US Congress, also showed his pragmatic side by showing your willingness to negotiate. “Compromise is inevitable. We will be open to good ideas in good faith negotiations. But we will not be open to doing nothing. Inaction is not an option“Biden said this week in defending his plan.

With this tax increase, which would raise 2.5 trillion dollars in 15 years, the president seeks to finance his voluminous plan to modernize the aging infrastructure in the United States, especially in the transportation system, and its transition to a economy supported by renewable energies.

The debate will now go to Congress where Republicans have already assured that although they could support investment in infrastructure, but with a more limited scope, what they are not willing is to increase taxes. “If we can agree on what the definition of infrastructure is, there may be a way forward. But it has to be credibly funded, not through a complete removal of the 2017 tax reform,” said Mitch McConnell, leader. of the Republican minority in the Senate, at a press conference this week.

The proposal has been welcomed with good eyes from large companies, traditionally opposed to any tax increase, and by states that suffer the consequences of low federal investment.

In fact, Amazon, the e-commerce giant, backed the Biden Administration’s bid, noting that “it will require concessions from all parties, both in the details of what is included and how it will be paid.” “U.S we support an increase in the corporate tax rate“, said in a statement the head of Amazon, Jeff Bezos, who rarely offers public statements, and hoped that the Government and Congress reach a” balanced “compromise that” maintains or improves the competitiveness of the United States. ”

For his part, California Governor Gavin Newsom, who has declared that Biden’s plan would be “a change of the rules of the game“For his state, the most populous in the US. As an example, he cited the promotion of the use of clean transportation through a network of charging stations for electric vehicles and incentives to buy cars of that type will be” crucial “to improve air quality and deal with the climate crisis in California.