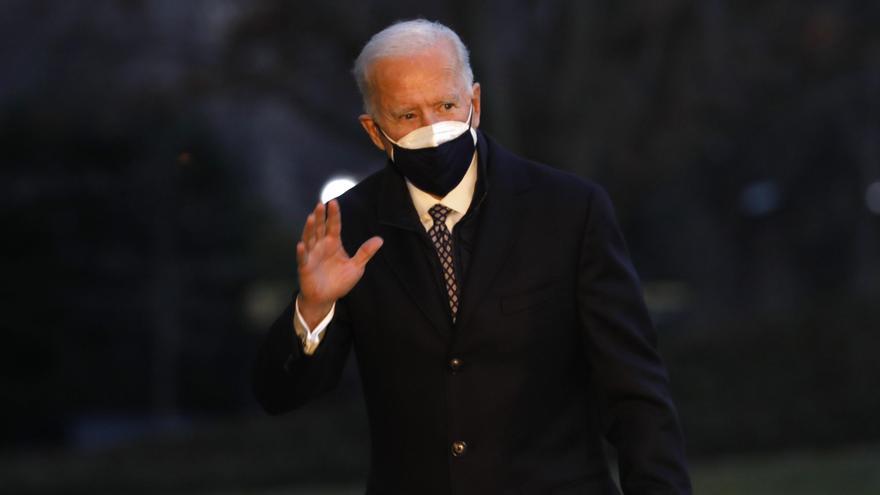 It started at full speed and ran into Congress. In his first month in power, the President of the United States, Joe Biden, He has signed a record of decrees and has restored calm to Washington, but has also had to assume that it won’t be easy to pass your most ambitious plans.

Biden celebrates a month in the White House this Saturday with a record under his arm: it is the president who has issued the most executive orders in modern American history, with at least 31, one more of those signed by the president whom he considers his great political reference: Franklin Delano Roosevelt (1933-1945).

Most of these decrees, to which are added another twenty unilateral measures, were concentrated in the first ten days of Biden’s mandate, who wanted to act brilliantly to stopping short of many priorities of its predecessor, Donald Trump, and turn the helm of the Government towards more progressive policies.

“He came with a range of executive orders to undo all the damage caused by the Trump Administration, but he knows that it is important to go beyond that,” a White House spokeswoman, who requested anonymity, told Efe.

His most ambitious plans, such as his $ 1.9 trillion proposal to rescue the economy from the effects of the pandemic and his immigration reform, depend on the cooperation of a Congress, where the Democrats have such a narrow majority that it will be almost impossible to pass laws without the collaboration of the Republicans.

Before he came to power on January 20, Biden’s advisers studied Roosevelt’s first 100 days as a role model, but there is a big difference between the Washington of today and the one that welcomed that president in the 1930s. who signed 15 laws in its first three months to lift the country out of the Great Depression.

“Roosevelt governed with huge Democratic majorities in Congress, and even some support among the Republican minority. Biden has the narrowest possible majorities, and it is unlikely that almost no Republican will vote for his policies,” a presidential historian reminded EFE in the University of Albany, Bruce Miroff.

That implies that Biden will have better prospects to approve the points on his agenda that generate consensus in the country, such as the economic rescue package, than those that are perceived as more “progressive”, such as immigration reform and other social issues, Miroff said.

Although the polarization in Congress has forced the Biden administration to accept that many changes will not come as quickly as they would like, the White House insists it has not diminished its sense of urgency, especially when it comes to the vaccination campaign against Covid-19 and the rescue of the economy.

On that last point, there is already a deadline: the White House wants Congress to approve it before March 14, when key unemployment benefits expire, and everything indicates that Democrats will resort to a legal maneuver to get the package approved in the Senate even if they don’t have Republican support.

Biden will also need the help of Congress, as well as the teachers’ unions, for the second big priority of his first 100 days, which ends on April 30: getting most of the schools that teach under-18s reopen. 14 years, now closed due to the pandemic.

As for the vaccination campaign, Biden is on track to deliver on his promise to administer at least 100 million doses in his first 100 days in office, and has reached an average of 1.5 million vaccines administered per day in the country, according to the White House.

“The government is making great progress in terms of the distribution of vaccines, taking into account how poorly prepared everything was when they came to power,” Alasdair Roberts, professor of Public Policy at the University of Massachusetts, told EFE.

It has also been frustrating for Biden that the impeachment for the assault on the Capitol, which ended a week ago with Trump’s acquittal, absorbed almost all of the Senate’s time and Washington’s attention during part of its first month.

“This has delayed the confirmation of some of his cabinet’s nominees,” Karen Hult, an expert on the US Presidency at Virginia Tech University, observed for EFE.

So far, the Senate has only confirmed 7 of the 23 nominees for Biden’s cabinet, with absences as notable as the candidates for Secretary of Health or Justice; compared to the 11 that were ratified both during Trump’s first month and during Barack Obama’s first (2009-2017).

At the international level, Biden has already taken important steps such as the return of the United States to the Paris Agreement on climate, and has assured allies most concerned about Trump’s isolationism that his administration is willing to get involved again in the global scene, including the fight against the pandemic.

The chaos that marked Trump’s first month in power has been conspicuous by its absence in the same period as Biden, although his White House has had to face a small scandal, the one generated by a spokesperson who had to resign after threatening a journalist that he was going to post information about his love life.

And behind were the tweets with groundbreaking announcements that defined the Trump Presidency: Biden’s account on Twitter, @POTUS, only emits careful messages with positions already expressed by his Government. The biggest surprise is an appearance by his dogs, Champ and Major, or a video about the new president’s morning routine.