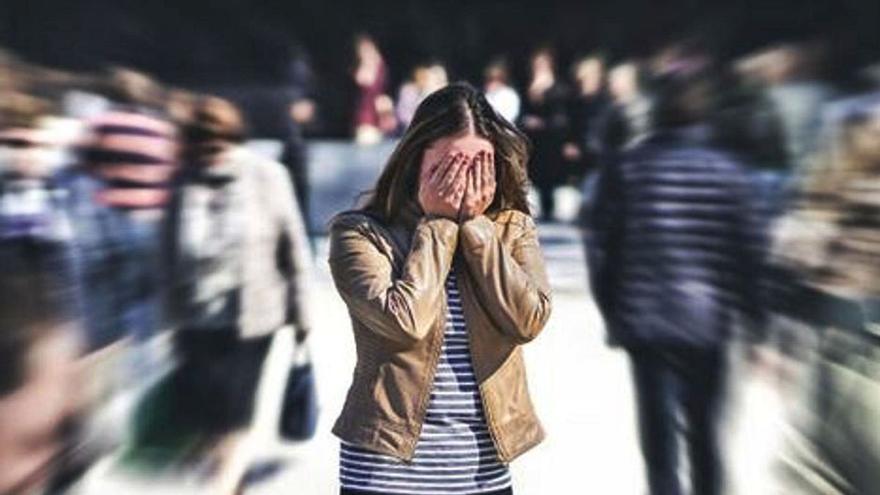 Today, March 30, the World Bipolar Disorder Day. It is the date that commemorates the birth of Vincent Van Gogh, one of the greatest painters in the history of mankind, who is believed to have suffered from this disorder. The International Society of Bipolar Disorders established this date to raise awareness about its impact on the lives of those who suffer from it and their families.

Bipolar Disorder is an organic disorder characterized by a changing mood that can fluctuate between two completely opposite poles. This definition is limited to Bipolar Affective Disorder and between these two opposite poles, black and white, mania (euphoria) and depression, there is a whole “range of colors” with different shades of gray that bipolarity has in common. This is what is known as the Bipolar Spectrum.

The disease usually appears in late teens or early adulthood. “The disorder can be activated by a stressor or by a shocking event in the person’s life, habitual drug use also clearly affects the development of the disorder. If it is consumed, it can face more easily. importance is the genetic component, which makes it affect between 50 and 70%, although it must also be said that the clinical history does not necessarily come with the same type of disorder “, he points out. Beatriz Pacheco, an expert health psychologist in bipolar disorder who works in the Bipolar Association of Eastern Andalusia (BAO), based in Malaga.

Pacheco points out three types of bipolar disorder: “Type I, in which manic moments (of euphoria) prevail, in which the patient has skyrocketing self-esteem, denotes hyperactivity, high verbiage and a lot of talkativeness; Type II, in which moments of depression prevail, with symptoms contrary to Type I, and Type III, caused by continued use of antidepressant drugs that cause bipolar disorder to begin, in what is called a turn to mania “, he concludes.

“On this March 30, we want to vindicate the need to continue fighting against the social stigma suffered by bipolar patients in Malaga, Andalusia and Spain. We must achieve normalization by the society of the bipolar patient”, who speaks is Myriam Garcia Vera, president of BAO. García Vera adds another of the great problems suffered by this group: the lack of medical professionals and specialists: “there are no psychologists in public health to work with the sick, the annual calls for PIR (Internal Resident Psychologists) barely exceed one hundred places a year “. According to García Vera, the few who work cannot cope and treat few patients and in a very precarious way, to which must be added “that psychiatrists are not in favor of psychotherapy, which is very important for bipolar patients, so this leads , only to those who can afford it who are really a minority, to private treatments, this, unfortunately, is usually very common “.

“The system is saturated,” says Beatriz Pacheco. the psychological part in public health has many shortcomings because there are no professionals; in the Mental Health Centers there is not much specialization, there are no specific units (the psychiatrists are in the Admission Units) and failures are detected in the follow-up, “he concludes.

The ideal treatment for bipolar is to work in a triple aspect: in the psychoeducational, the psychological and the psychiatric. “And associations such as BAO do a great job – indicates Beatriz Pacheco – we accompany the sick, normalize their disorder, work with their environment, their family, destigmatize the disease, give it visibility and normality, because bipolar can lead a normal life if he has the disease under control. ”

Concern about the pandemic

The Covid-19 pandemic has also affected these types of patients. Pacheco and García Vera indicate that although since March of last year all consultations and monitoring of treatments have been done electronically, as in any other medical specialty, the anomalous situation that we have all experienced and are experiencing “has generated some stress – indicates the president of BAO – but in the same way as the fact of having to go to the hospital for consultation with the fear of contagion. In addition, García Vera points out that confinement “has been very hard” for those bipolar patients who have gone through it alone when compared to those who have spent it surrounded by their family.

“We at BAO have been with all our online activities for more than a year: therapies, meetings, workshops for mutual help, personal autonomy, etc. and that has been a relief for many patients, who have always felt protected despite all the problems that were outside “.

And the future? “The future happens by not being afraid to verbalize that you have a mental illness”, affirms Beatriz Pacheco. “It has improved a lot but we have to improve even more. We must help families, because they also suffer rejection. Society must know that a bipolar is not dangerous for it, in some cases, the patient is only dangerous for him itself (the real possibility of suicide), therefore, associations like ours are places full of empathy, of connection with the sick. Bipolar patients can be chronically ill if they respect all the guidelines (medication, emotional work and lifestyle habits healthy), he can live perfectly in society, in family and in a work environment. To be one more. For that we work on March 30 and the rest of the days of the year “.

The most suitable treatments to reduce the impact

There are different treatments and pharmacological and psychological techniques are used to reduce the impact of bipolarity. Pharmacologically speaking there are mood stabilizers, and psychologically, there is psychoeducation or interpersonal therapy and social rhythm. The objective of these treatments is focused on avoiding crises and minimizing or definitively eliminating the so-called subsyndromic symptoms.