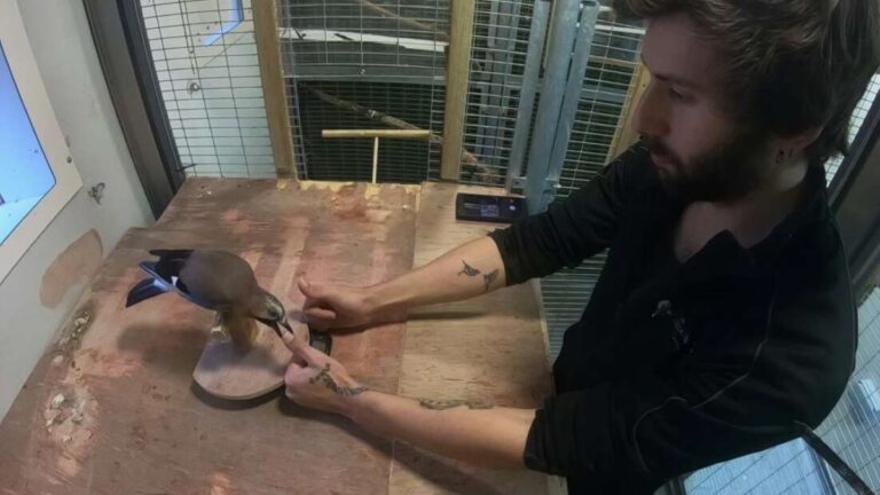 Research from the University of Cambridge in the UK has found that it is more difficult to fool birds with magic tricks than humans.

He developed a series of sleight of hand with a species of bird, known as Eurasian jays (Garrulus glandarius), who had been previously trained to find her favorite worms in the hand of a scientist.

And he found that human beings are more mistaken than birds when they have to indicate where an object that has passed quickly from one hand to another is located.

Sleight of hand allows, through a series of skills, to confuse people as to where an object is after passing it from one hand to another.

The confusion occurs because, through fictitious movements and gestures, we think that the object has changed hands, when it really has not.

Deception is possible thanks to our blind spots of attention: many times we cannot see things as they are, but as we expect them to be. It is a limitation of our perception.

Magic effects “Magical effects take advantage of our ability to remember what happened and our ability to anticipate what will happen next,” explain the authors of this research in an article published in PNAS.

The human ability to expect something about what is happening is the key to deception. The magic trick works because it violates those expectations, declares the principal investigator of this investigation, Elias García-Pelegrin, to the Academic Times magazine.

However, birds have no expectations of the conjurer’s hand movements, so they are more attentive to reality than fiction and are more difficult to fool.

They are like children, also more difficult to confuse by adult conjurers because they have less developed expectation. Magicians always go the extra mile to disorient the public when it is childish.

Even if it is not the first, this research has shown that magic tricks not only serve to entertain and surprise us, but also to check if the expectations of other species are like those of human beings.

This verification allows scientists to better understand how key cognitive processes, such as attention and perception, have evolved, as well as to penetrate a little deeper into the mysteries of the human mind.

Magician birds The case of the Eurasian jays is especially interesting for science because these birds also naturally perform magic tricks: they show off something they don’t have, and hide their food in the back of their throats to avoid being taken away.

Their deception skills are similar to those of a conjurer: they manipulate the attention of another bird so that it cannot tell where they have hidden the food.

For this reason, when a conjurer moves his hands with the worm in one of them, these birds do not mentally anticipate (they cannot) that their aperitif has changed hands, as the skill of the illusionist suggests. That is why it hits and bites the hand where the worm follows.

This difference in appreciation between humans and birds was verified during research involving not only six birds, but also people.

With the birds he experimented with different kinds of skills to confuse them, and with the people they were shown two different videos.

In one of them, researchers were seen doing tricks on birds. The participants, 80 people between 16 and 60 years old, competed with the birds to see who could get the best tricks.

In a second video, recorded with similar tricks performed with coins, 165 other people also had to find out which hand the elusive change was ultimately in.

The results of this research are promising for neuroscience: the use of magic frames generates ways to investigate complex cognitive abilities, such as mental time travel (that is, remembering the past and anticipating the future), going beyond the intersection between magic and the human mind, the same authors write in a previous article, published last year in Science.

Magical effects can provide an insightful methodology to investigate perception and attention deficits in human and non-human animals, and also offer unique opportunities to highlight cognitive limitations in diverse animal minds, the authors write in PNAS.

Top photo: A Eurasian jay points to the hand that hides its appetizer. (Elías García-Pelegrin)