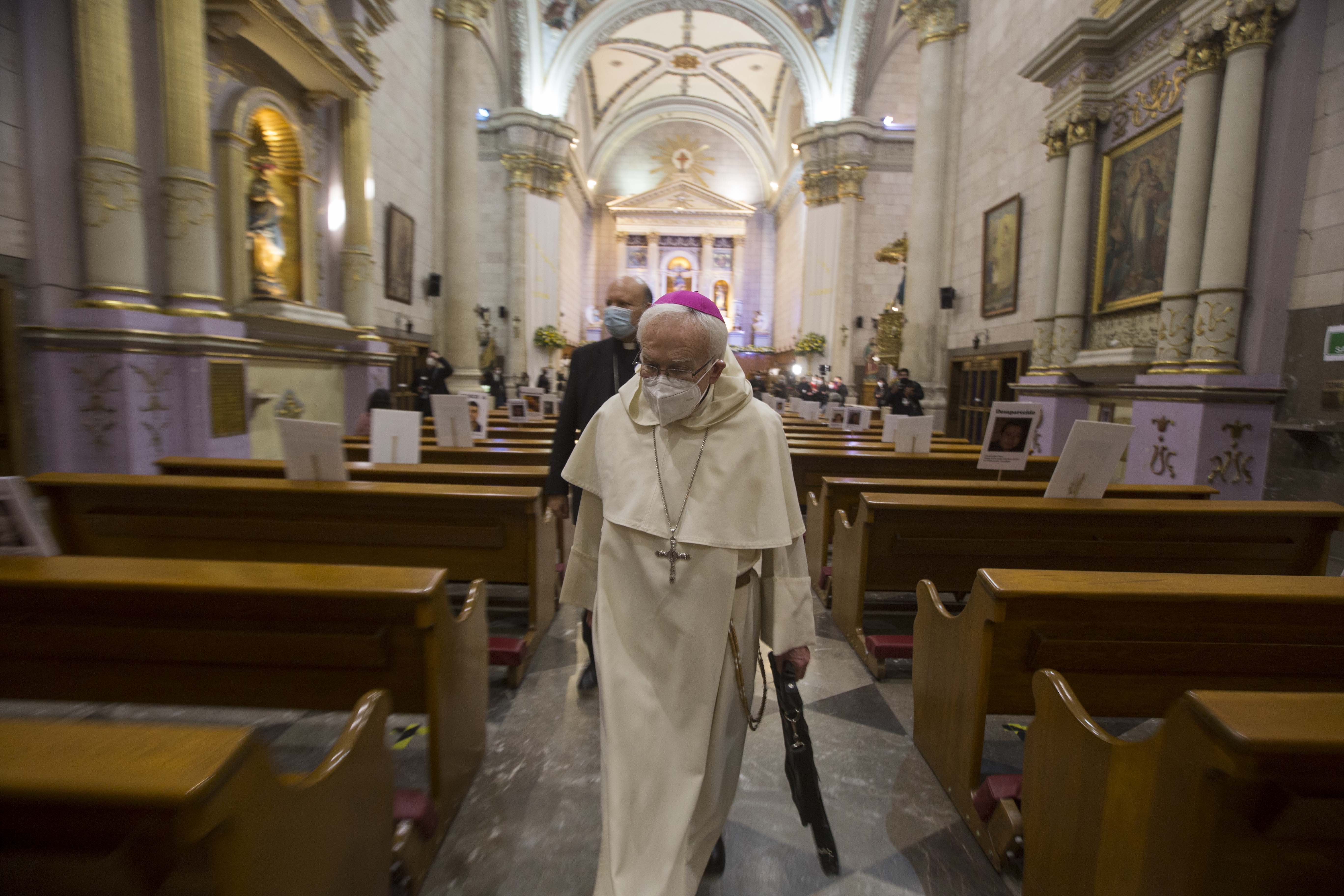 One day, the more conservative parishioners of Saltillo, the capital of Coahuila, got tired of the priest. They were tired of their cathedral being filled with migrants, prostitutes, homosexuals or mothers searching in graves on the hills of the State for their children disappeared by violence. It was 2011 and Bishop Raúl Vera, after 11 years at the helm, had not only supported same-sex marriage, but had also raised his voice for transsexuals and criticized the political class and the immobility of the high Catholic hierarchy. In his homilies, he protested the living conditions of the miners, attacked the violence of organized crime and always placed the poor as the preferential option for his actions and prayers. But the ultra-conservatives of the Yunque were fed up, so one night they climbed up to the bars of the cathedral and put up a banner that said everything without saying anything: “We want a Catholic bishop.”

This Friday, 10 years after that, on the façade of that same Baroque-style cathedral with Churrigueresque details there is another very different poster to say goodbye to him: “Thank you Don Raúl for your tireless work to achieve an inclusive diocese of communion and mission by pastor friend and brother ”, it reads.

At the age of 75, Don Raúl Vera, (Camargo, 1945), one of the last representatives of Liberation Theology, dragged his feet for the last time down the central aisle of the cathedral before ceasing to be bishop and transferring Hilario González the command of his church.

Also Read  The Guardian's point of view on leveling up: not Johnson's idea, but Thatcher's | Editorial

The act, a pompous liturgy that combines secular traditions where the outgoing bishop and the incoming bishop exchange the crosier, the miter, the apostolic shield and in which confessions of faith are heard and the reading of the Pope’s consent in Latin, was conditioned by the sanitary restrictions that prevent the agglomeration of people. Officially only 90 people could be present, but Raúl Vera filled the cathedral and brought in another 200 more people. They were the disappeared, women victims of unsolved femicides or environmentalists murdered in recent years and whose photographs he displayed throughout the temple placing their faces on the benches from the altar to the main door.

Speaking to him in his last homily, Raúl Vera told his successor: “Keep in your heart the families of those who have disappeared due to impunity and who have turned into the thousands. Keep in your heart the victims of femicides and keep in your eyes the children and young people who are denied a decent future ”. For all this, Vera blamed the political and economic class that “selfishly runs Mexico and the world,” he said. Listening to his words were the mayor of Saltillo, Manolo Jiménez, and the governor of Coahuila, Miguel Ángel Riquelme, healthily estranged in the first bank. The underlying message, however, was for the new bishop with whom he barely maintains the education required by the occasion and with whom he has exchanged various public reproaches for the possibility that the new bishop wants to reverse the defense organizations of Human Rights raised by Vera. “Let yourself be touched by those deprived of liberty,” he said neither more nor less to the new bishop from the altar before finally saying goodbye.

In his 45 years as a religious, Raúl Vera received in 2010 the Rafto Prize for his work in favor of social justice in Mexico and was described by the Norwegian foundation as an “uncompromising critic of the abuse of power and a courageous defender of immigrants.” . Leading the diocese of Saltillo, he was nominated for the Nobel Peace Prize in 2012.

When the old bishop finished speaking, the new one knelt at the altar and swore faith and fidelity to the church. Later he visited the crypt where his ancestors are buried and, as tradition indicates, he went out to the street to greet the parishioners summoned at the doors of the temple. The reality, however, is that when he came out there was no one to greet because there was not a soul outside the cathedral. Only the governor and mayor’s bodyguards waited bored, leaning on their R-15s.

When the three-hour ceremony ended and the papal nuncio and the dozens of religious and priests left the place, the bells rang with bravery until the final silence was made and there remained the usual ones, the faces of the disappeared on the benches that they came to welcome their new bishop.