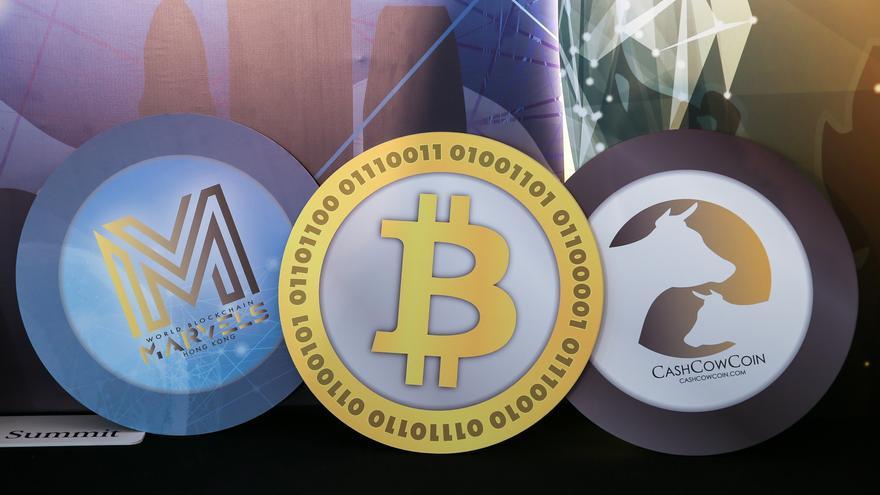 Storm clouds around cryptocurrencies. The price collapses in the international markets, although experts continue to assure that institutional investors (and retail investors) they continue to enter the market. In any case, the obvious thing has been the cut of more than 7% registered at some moments this Monday, in the framework of strong international instability with the threat of a war in Ukraine and the fear that Russia ban cryptocurrency trading, including mining, issuance, circulation and exchange. Bitcoin, the cryptocurrency with the highest capitalization, has lost half its value in less than three months, from the highs of early November.

It is beginning to be verified that as a shelter value, bitcoin deserves a suspense except in precarious economies with high inflation. Experts attribute the evolution of the price to the fear of the effect of the next rises in interest rates in the United States and the restrictions on its use in Russia and China. Being on the fringes of legal spaces is one thing and quite another to enter the space of illegality in much of the world. In an advisory report, the Central Bank of Russia last week urged the Russian authorities to implement a series of amendments to the law to “reduce the risks linked to the spread of cryptocurrencies.” The bank considered as a “systemic threat” the growing interest of the Russians in this type of currency, as well as the increase in accounts and the high risk of cryptocurrency operations. The proposal comes at complex times.

The Russian factor is also joined by the analysis that hides behind the idea that any rate hike in the US is correlated with cuts in the price of bitcoin. It is too early to pontificate conclusions, but that claimed role of shelter value of bitcoin is seriously in doubt. It’s not about digital gold. The precious metal is much more stable in its price in the midst of inflationary turmoil and war tensions in the West (with a price above 1,600 euros per ounce; around 40,000 euros per kilogram).

But nevertheless, Cryptocurrency advocates cling to the hope that much of the current capitalist system has embraced cryptocurrencies as interesting speculative assets. This past weekend it became known that the Blackrock investment fund is going to enter the cryptocurrency environment through an ETF index or hybrid exchange-traded fund (share-based fund) linked to the blockchain market. The Blackrock-backed index would be referenced to the investment results of the NYSE FactSet Global Blockchain Technologies Index, which is based on companies involved in the development and deployment of crypto technologies in the US and abroad. The proposed fund plans to invest at least 80% of its assets in stocks included in the index, according to a document published by specialized press. You can allocate up to 20% in futures, options, swap contracts, cash and cash equivalents, all on stocks. The fund will not invest in crypto directly or indirectly through crypto derivatives.

Blackrock CEO Larry Fink told CNBC in October that while sees “huge opportunities” for digital currency, is not sure how the crypto space will fare in the long run. It is one more example that support for blockchain should not be confused with safe bets on generalized revaluation in the case of cryptocurrencies. They are currently an asset class, but in the long term investors are not sure of the economic role they will play in the future or which ones will be accepted by the market.

Prohibiting the issuance and circulation of cryptocurrencies (including digital exchanges and P2P platforms) in Russia can have a very negative effect on the price. In the short term due to the selling pressure of the current Russian holders. But it may also have an effect in increasing the activity of intermediaries who take over the property of those anonymous investors besieged by a hostile local legal framework. According to the report of the Russian Central Bank, the total amount of operations of Russian natural persons linked to cryptocurrencies could amount to 350,000 million rubles per year (5,000 million dollars). Any movement between those cryptocurrency owners can have short-term price effects.