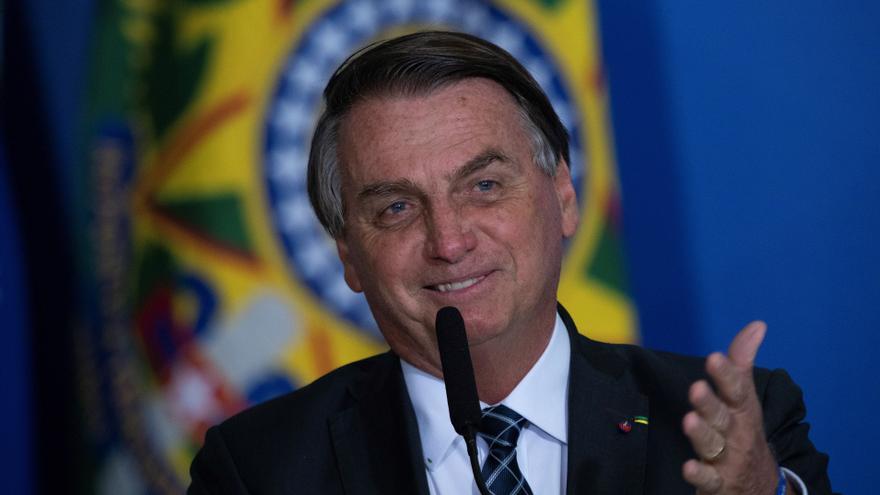 The president of Brazil, Jair Bolsonaro, could come out of that kind of pulse that he has maintained in recent hours with the laws of New York and appear before the United Nations General Assembly, as planned next week, without having to get vaccinated. “What for? My antibodies are through the roof”, has assured.

This week, Assembly Leader Abdullah Shahid recalled that everyone who participates in the next session must have received the vaccine against the coronavirus, as decreed by the law of the city of New York, which requires those who attend events and conferences to have been immunized.

Currently, the international delegations are in favor of maintaining in force an “honor system” with which the participants would have enough their word to confirm that they have been vaccinated or are not positive for coronavirus without having to prove it through documents or parties doctors.

“As you will recall, there was a pilot project under the previous president of the General Assembly, who basically said that (…) the delegates attest that they are fully vaccinated, that they have not tested positive for COVID-19 in the last ten days and that he has no symptoms. We are working with the new president to maintain this system, “explained Stéphane Dujarric, spokesman for the United Nations Secretary General, António Guterres.

The matter has received special attention in recent days in Brazil, since it is traditionally the country that opens court appearances of the heads of state during the meeting of the most important leaders of the year, and this time it has a president who since the beginning of the pandemic has shown a certain denial and conspiratorial attitude with everything that had to do with it.

Officially, Bolsonaro has not received any vaccine and this Thursday he made it clear that in principle it will continue to be the case.. “What for?” He asked himself during the virtual meeting that he offers to his followers every week.

“Do I get the vaccine for what, to have antibodies? My antibody rate is through the roof. Yes, or what? I have 991. I’m fine, so I’m going to get vaccinated for what, it’s not going to be effective. Everyone has already been vaccinated in Brazil, I will decide in the future“, he said while bragging about his good health with a doctor who was accompanying him.

Besides Brazil, Russia has also shown its disagreement about the possibility of banning the presence of those who have not been immunized, but in his case because the US authorities do not recognize the Russian Sputnik vaccine.

This year, more than a hundred heads of state and a score of government leaders plan to attend the headquarters of the General Assembly, although others have chosen to do it through videoconferencing like last year.

This would be the third time that Bolsonaro attends the appointment. The first time, in a somewhat quarrelsome way, he used insults and attacks on socialism, being skeptical of climate change, even going so far as to lash out at the press, which he accused of sensationalism, for its coverage of the fires in the country at the time. Amazon. The following year, he criticized the lockdown policies for their economic havoc.

After the fall from grace of former United States President Donald Trump, who could have starred in a dilemma like this if he had been re-elected because he is not vaccinated, Bolsonaro has remained practically alone at the international level when it comes to contradicting the recommendations of the World Health Organization (WHO).

It remains to be seen how it will face this new opportunity at the United Nations at a time when its image at the international level is dire, with NGO reports warning that it is a “threat to democracy” in Brazil due to its continuous and furious attacks on the powers of the State and with the electorate against him, except for his noisy and numerous unconditional, with the polls giving the clear winner in the 2022 elections to former president Luiz Inácio Lula da Silva.