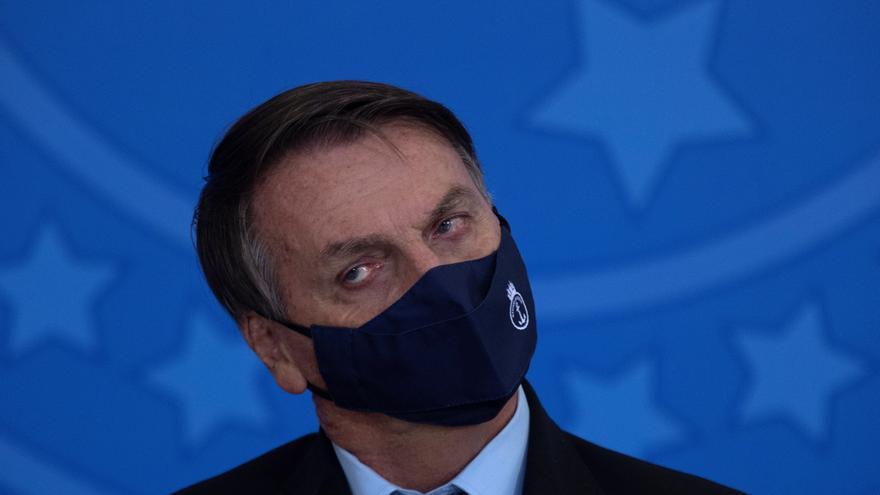 The government of the Brazilian president, Jair Bolsonaro, seemed to crumble this Monday with the Departures of the Foreign and Defense incumbents, just days after the Health Minister was replaced in the middle of the covid-19 pandemic.

The resignation of the Foreign Minister, Ernesto AraújoIt has been confirmed by official sources but not by Bolsonaro, who has not yet ruled on the matter or clarified whether he will accept it or not; but when this issue was still being discussed, the news of the departure of General Fernando Azevedo e Silva of the Ministry of Defense.

The military announced it in an official note, in which he did not clarify whether it was resignation or dismissal, but in which underscored his “loyalty” to Bolsonaro while in office, a period in which he claimed to have “preserved the Armed Forces as State institutions.”

Both Araújo and Azevedo e Silva entered the Government together with Bolsonaro, on January 1, 2019, the first as a diplomat very identified with the extreme right of the ruler and the second with more institutional Armed Forces and alien to ideologies.

Both losses in the Government follow the replacement, on the 22nd, of General Eduardo Pazuello as Minister of Health, replaced by cardiologist Marcelo Queiroga amid an acceleration of the health crisis caused by covid-19, which has already caused the death of more than 312,000 people in the country.

In the case of Pazuello, the third Minister of Health that the Bolsonaro Government has had since the outbreak of the pandemic in the country, in February of last year, his departure was the product of some strong pressure from the more moderate right, critical of his erratic management of the health crisis, which is even under judicial investigation.

The reasons for Araújo’s departure are similar, while the case of General Azevedo e Silva is unclear and his departure from the government is a mystery, to the point that it is not confirmed whether he resigned or was required to resign.

Araújo’s resignation was confirmed by sources from the Government, Congress and his own office, but hours later Bolsonaro still did not say a word on the matter, either to confirm or deny the departure of the Foreign Minister.

Even so, the resignation of the minister was called out by many parliamentarians, even from the ruling base, who accused Araújo of having created friction with important Brazilian partners, all of which would have hindered the country from accessing anticovid vaccines.

The departure of Araújo it was publicly required even by the head of the Senate, Rodrigo Pacheco, and Senator Katia Abreu, president of the Foreign Affairs Committee of the Upper House, who led a chorus made up of leaders of the two legislative chambers, both from the opposition and from the ruling party.

The unrest was based on criticism of the foreign minister to China, the United States and India, three key countries on the international scene, important trading partners of Brazil.

In the case of China, Araujo had direct friction with the Beijing ambassador to Brazil after questioning the efficacy of the anticovid vaccines produced in that country and allude to the origin of the virus, first detected in the Chinese city of Wuhan.

In a meeting with Indian authorities, he criticized the globalism that, in his opinion, dominates the World Health Organization (WHO) and announced the rejection of Brazil to the proposal of that country and South Africa to suspend the patents of anticovid vaccines.

Thus, it contradicted the positions of two partners of the BRICS forum, which also include China and Russia and is one of the great instruments of Brazil’s foreign policy.

As for the United States, Araújo, as well as Bolsonaro, publicly supported Donald Trump’s reelection attempt and even questioned the cleanliness of the elections finally won by the current president, Democrat Joe Biden.