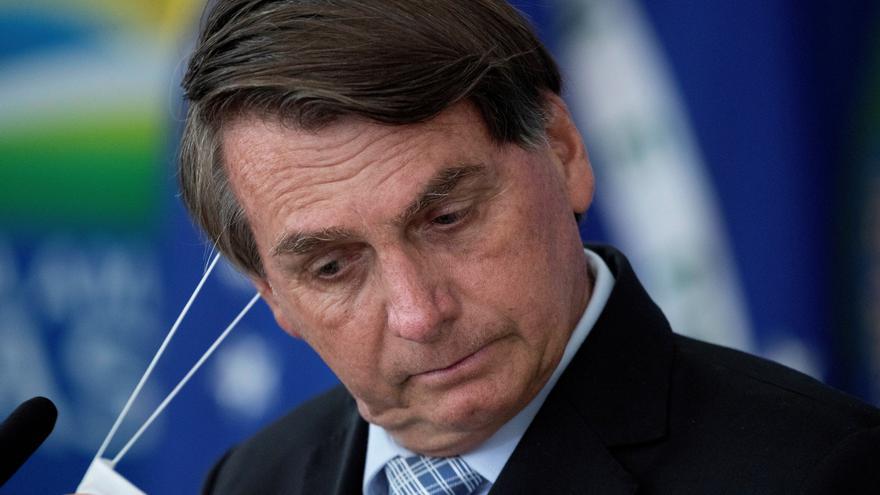 YouTube suspended the channel of the president of Brazil, Jair Bolsonaro, on Monday for at least seven days, after the president alleged during a broadcast that the use of vaccines against covid-19 could facilitate the development of AIDS. The video, which was broadcast live on the president’s official account last Thursday, was also removed because it violates the platform’s “medical disinformation about covid-19” guidelines, YouTube explained. “We apply our policies consistently across the platform, regardless of who the creator is or what their political opinion is,” the platform said in a statement.

Spokesmen for the social network explained to EFE that YouTube also chose to suspend Bolsonaro’s account for at least a week because his channel had already been notified last July about the publication of disinformation about the pandemic. Thus, because it is a “recidivism”, the leader of the Brazilian extreme right will not be able to publish new videos or make live broadcasts for the next seven days.

It’s about the first time a social network suspends Bolsonaro’s profile, who has been characterized by his denial in the face of the severity of the coronavirus pandemic and the effectiveness of vaccines to combat it. Also this Monday, the social networks Facebook and Instagram removed from their platforms the video in which Bolsonaro linked the use of vaccines against the covid to the development of AIDS.

On the live last Thursday, the far-right leader cited an alleged article from Exame magazine and alleged reports from the British Government, according to which some people vaccinated against COVID have been diagnosed with AIDS, to justify his position against immunization. “I’m just going to break the news. I’m not going to comment on it because I already said it in the past and it was highly criticized. Official UK Government reports suggest that fully vaccinated people are developing AIDS 15 days after the second dose. Read that news. I am not going to read it here because I could have problems with my live broadcast, “said the president. Bolsonaro’s statements generated a wave of criticism from different medical and scientific associations, which quickly denied any link to the covid and AIDS vaccine and branded it as fake news. Likewise, they led Luis Roberto Barroso, magistrate of the Supreme Court, to request this Monday the Public Ministry to open an investigation against the Brazilian president, responding to a request from several opposition parties that urged to investigate him for disclosing a false and unsupported association scientific.

The open denialism of the president has led to the establishment of a parliamentary commission to investigate the omissions of the Government in the midst of the health emergency, whose final report, which must be voted on this Tuesday, accuses Bolsonaro of “crimes against humanity” for having aggravated the crisis. With more than 605,000 deaths and 21.7 million infected by covid-19, Brazil is, in absolute terms, the second country in the world hardest hit by the pandemic, behind only the United States.