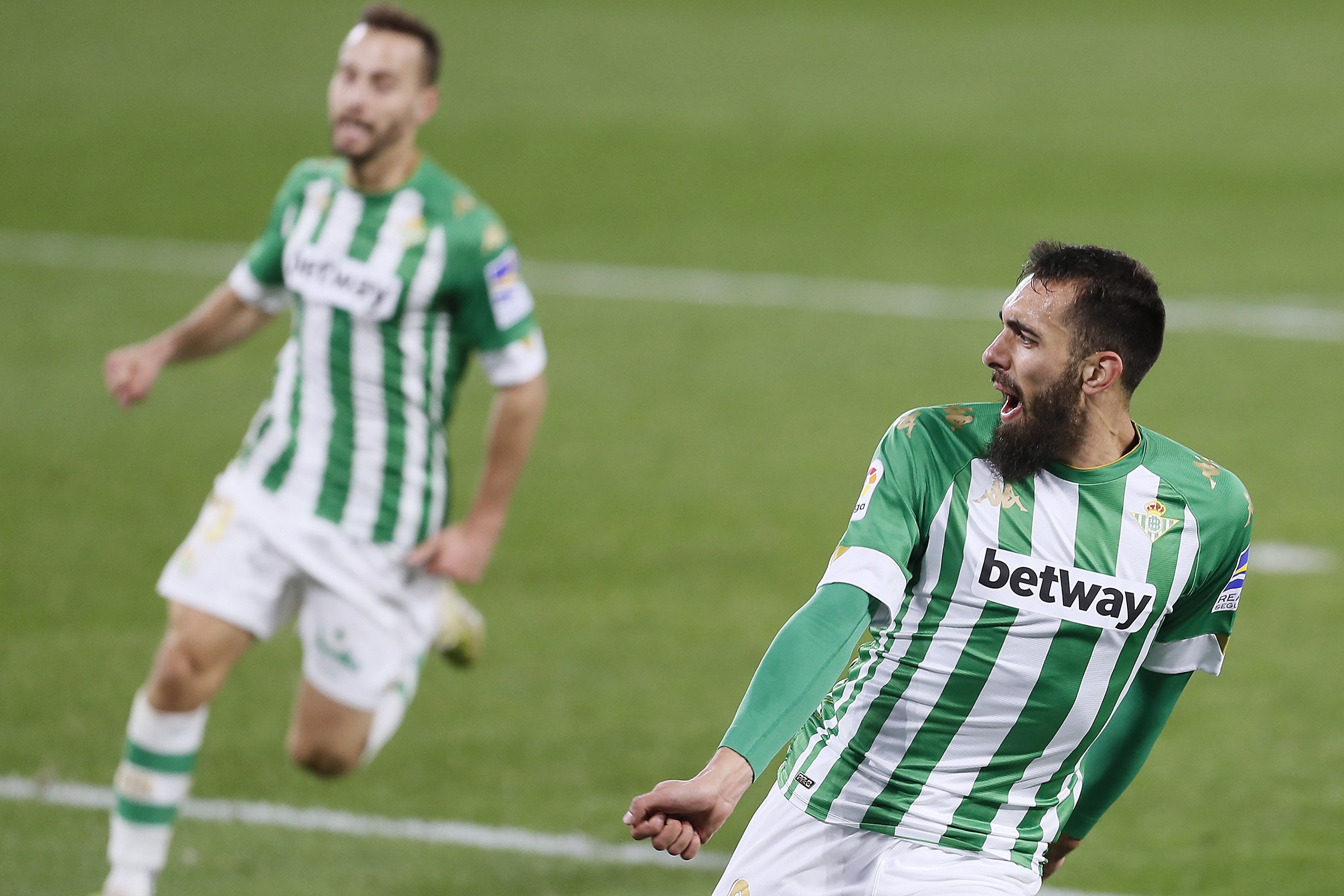 Borja Iglesias (Santiago de Compostela, 28 years old) became the second most expensive signing, after Denilson, in the history of Betis, who paid 30 million euros to Espanyol in 2019. After a year and a half performing discreetly, the forward reflects on the other end of the phone about the Superliga and his personal good moment and that of a Betis who visits Valdebebas today (21.00, Movistar LaLiga).

Question. What is your opinion about the Super League?

Answer. I think that meritocracy is a fundamental part of sports. Success must come from what you do on the pitch and not because you have a certain story or that many people see you. I am in favor of keeping football as it is. Then there will be people who want to make changes, but football is a sport that was born from people who did something to enjoy it and then, I don’t know why, people who watch it and also enjoy it like that began to like it. I am in favor of taking care of that essence of football that moves us all. We all like to grow, measure ourselves with the best and if a rule prohibits it, it is not the same.

P. Whose football is it?

R. I enjoyed football more as a fan than now, because I know it more from the inside. Soccer, obviously, people love, who practice it with their friends and watch it on TV because it is an impressive spectacle. But soccer is also a very strong business. You have to find the middle ground. It is not easy, but obviously football belongs to the fans.

P. When you hear Florentino Pérez say that an Elche-Valladolid does not interest anyone, what do you think?

R. It’s not very nice to hear that. That Florentino or someone does not see that game does not take away all the work behind it, everything that moves so that that game is broadcast, the footballers, the club employees who prepare the stadium … There are many people who are part of that game . Sometimes I also don’t see Madrid or Barcelona and suddenly I see myself in front of a Zaragoza-Almería because I’m interested. That I am not interested in a match does not mean that it does not interest someone else. You have to respect the fan a lot. Thanks to them we are what we are.

P. As an NBA fan, do you see your model exportable to European football?

R. The NBA has been around for many years. It was founded already with that idea. To transfer that model to European football would be to change it from top to bottom. Football is a spectacle, without a doubt, but it is not staged in this way. Its essence is different. In football there are aspects such as rivalry, how to defend your community, which are very important. I have lived with Betis in a tie with Antoniano in the Cup and I have seen how my rivals enjoyed playing against us. I have lived it too, wanting to meet a great one. I have colleagues in Coruxo or Compostela who wrote to me before a Cup draw to see if we would face each other. That is also football.

P. Is the worst thing about this Super League its almost closed formula?

R. If it can be. The Champions League and the UEFA Europa League reward teams that win in their countries the chance to play a continental tournament. The income aspect can still be improved, I don’t know, it doesn’t correspond to me, but football and the fans don’t want things to settle down just because. Everyone has the right to see their teams grow and stay in the elite, or fighting not to go down and to go up also has its incentives. That approach to football is special. We all want to give the best version to achieve goals. You have to earn it. There is the example this year of Granada. That must remain alive, like Málaga in the Champions League or Betis itself when it played the highest continental competition. Or the Espanyol with which we got involved in Europe. I lived the Europa League of Celta de Berizzo as a youth squad, those semifinals against Manchester United. Living that atmosphere in your stadium was tremendous. That illusion cannot be taken away from people. It is a fundamental part of people’s commitment to football. They are magical situations.

P. Do you think young people are detaching themselves from football?

R. I think not, but it is true that he lives it in a different way than I did, for example. You no longer play on the street, as I did, and young people have access to other things through mobile phones and laptops. They can access other things that did not exist before and with tremendous instantaneousness. I think young people are still passionate about football, but with the nuances of a new era. Football can be a great vehicle for transmitting values ​​to young people, such as teamwork, and that continues to be very powerful. It can give you many things that you do not have if you spend hours and hours sitting in a chair.

R. Well, that is already doing. Many templates did it when the world was stopped by the pandemic. Now too. Payment deferrals are being made. We players are aware that the situation is delicate and we want to help.

P. He has been at Betis for a year and a half. He has had a hard time. How are you now?

R. I am now happy. I have always tried to be, facing problems from calm, working harder to demonstrate that effort that Betis made for me. The first year was very difficult, but now I can say that I am in the best moment of my career in terms of sensations. I want to grow and contribute everything that is expected of me.

P. Why didn’t the Rubi-Borja Iglesias chemistry work out last year at Betis?

R. Sometimes these things happen. We have a great appreciation for each other and a great relationship. I wish him well. The gears did not fit, it did not work and it seems incredible, because Betis, really, have all the ingredients to make things work well, but that’s life.

R. We all experience stressful situations in our life. I encourage people with problems to get this kind of help. They are professionals in managing people, which is very complicated. They give you many tools to manage compromising situations and emerge victorious. I work with Patricia [Ramírez] and his team since my time at Zaragoza and we have been doing it even when things have gone well. Sometimes the good times are difficult to manage.

R. We are not bad, we compete well, but we are not as lucid as we were a few weeks ago. The results mark it, we have four draws in a row and you realize that everything does not flow as before. We are not that thin.

P. How do you see the game against Madrid?

R. It is a team that demands a lot from you because it takes the ball from you and you spend a lot of time behind it. You wear yourself out on it and then you’re not cool on the attack.

P. What has Pellegrini brought to Betis?

R. From day one he made it very clear. He did not come to Betis to spend the year. He wanted to have a great season and make us grow, he told us. With that trajectory he does not have the need to train to train, he does it because it motivates him, because he likes it and I also believe that it is his way of living and understanding life. He trains with passion and tries to convey his idea to the team. It is a luxury of coach.

R. It is a symbol of national football. It’s amazing how good vibes he infects you every day. He always has a smile on his face.