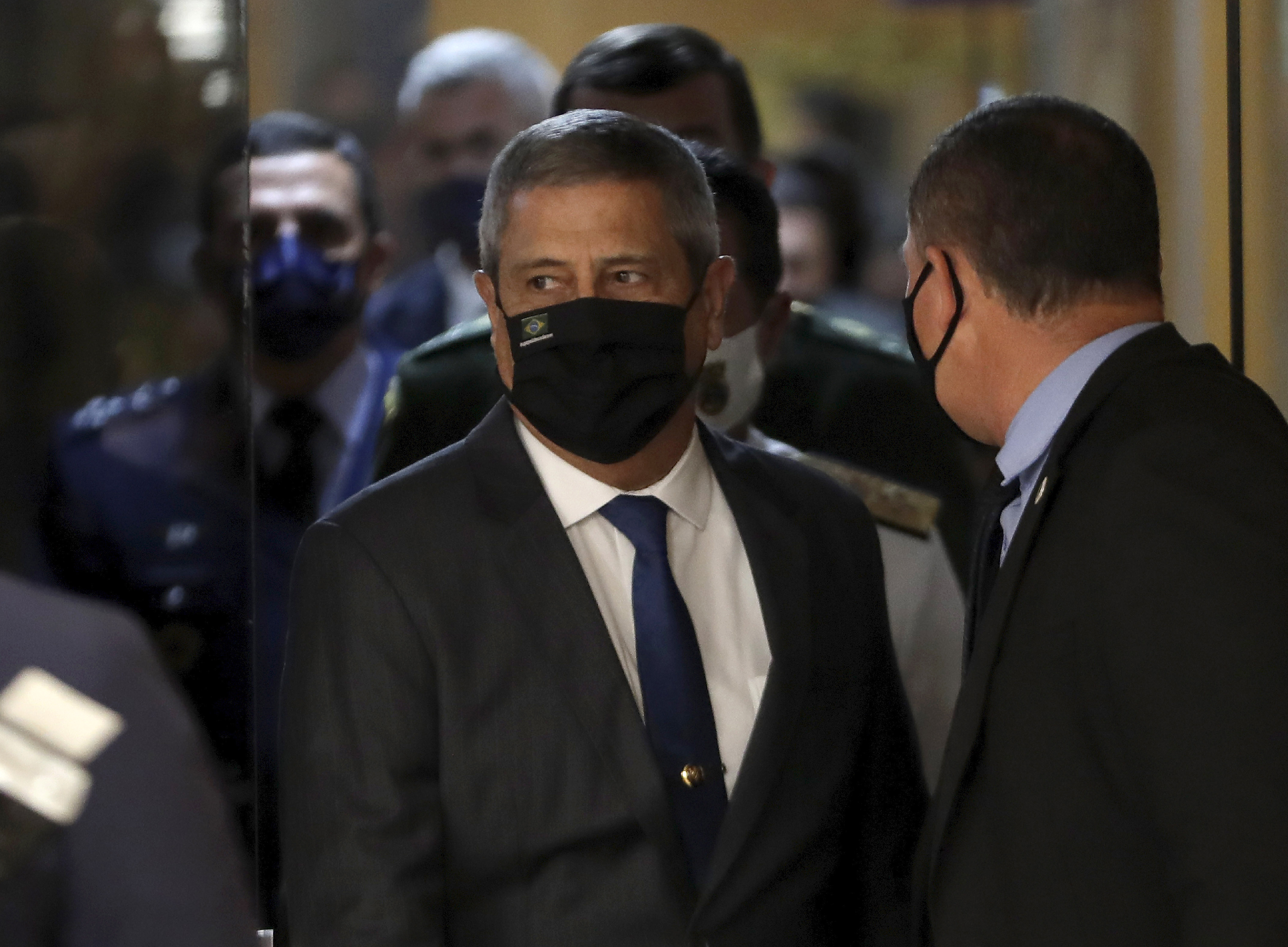 Brazilian President Jair Bolsonaro’s plans include General Walter Braga Netto (Belo Horizonte, 64 years old). Appointed last Tuesday to head the Ministry of Defense, the Army general begins to coordinate the Armed Forces at a time when the president, cornered by the health crisis and the Congress, threatens to decree a state of siege, while his environment stokes tensions in the police and military forces.

Faced with a Presidency that constantly symbiosis with the Armed Forces, former Defense Minister Fernando Azevedo e Silva tried to prevent the military from participating even more in the Government and, for this reason, he was fired. But this move by Bolsonaro turned against him with the resignation of the Army, Navy and Air Force commanders as an act of protest. This triple replacement has made it clear that the senior ranks, especially the high command of the Army, are not satisfied with the direction of the Government and are concerned about the damage that the link with the Executive may cause to their image.

While enjoying the greatest power and presence in an Administration since the end of the dictatorship, in 1985, the uniformed men try to distance themselves politically at a time when Brazil, isolated from the rest of the world, has a daily average of 3,000 deaths from covid-19. Braga Netto will try to lead the Ministry of Defense through this impasse, between the discontent of the Army and loyalty to Bolsonaro, after the greatest military crisis since the return of democracy.

Technical profile and lack of transparency

Braga Netto rose to a public figure in February 2018, when then-President Michel Temer appointed him Comptroller of the State of Rio de Janeiro. On that occasion, the general sold the image of a discreet servant, with technical training and operational capacity. However, it suffered from a lack of transparency. He avoided public exhibitions, prevented the press from recording most of his speeches and did not admit that his work at the head of public security in Rio de Janeiro was questioned.

That general who was considered “modern”, from a generation after the one he served during the military dictatorship, is the same one who this week issued a statement celebrating the 1964 coup, as his predecessor, Azevedo, had already done. “Braga Netto’s note has been a compensation to reduce the pressure. But this tradition of celebrating the coup has always existed within the Army ”, underlines Carlos Fico, historian at the Federal University of Rio de Janeiro and a student of the dictatorship.

Braga Netto publicly embraced Bolsonarism when he entered the Government in February 2020, when he assumed the position of chief minister of the Civil House (Ministry of the Presidency). He was still on active duty, evidence of the close relationship between the Armed Forces and the Bolsonaro government. Together with General Luiz Eduardo Ramos, who also remained in active service for a time after joining the government, Braga Netto is a member of the hard core closest to the president. He remained low-key, but behind the scenes he helped overshadow and overrule then-Health Minister Luiz Henrique Mandetta, who fell in the middle of the first wave of the pandemic in April 2020. In the following months, Braga Netto stood by Bolsonaro’s side , ratifying all the presidential denial in relation to the pandemic. It also sanctioned the approach of the Presidency with the Centrão, the group of center-right parties that now support Bolsonaro in exchange for positions and public funds.

The main doubt hanging over Braga Netto is whether he will keep the Armed Forces as “State institutions”, as Azevedo stated in his farewell letter as Defense Minister. “It tries to show that politicization has limits, that the military is wearing thin and that it is very negative to be tied to the government. The Armed Forces are totally discredited, ”explains Fico.

Military presence in the Executive

The problem is that the Armed Forces are no longer just state institutions, despite the resignation of the commanders to show that they are politically deviating. Currently, 92 soldiers run state companies and more than 6,000 occupy civilian positions in the federal Executive. They are in the presidency of Petrobras, the Post Office, the National Institute for Colonization and Agrarian Reform (Incra) and the National Indigenous Foundation (Funai), among other important organizations. “The military continues in a promiscuous way with Bolsonaro,” explains Fico.

The discrepancy with former minister Azevedo was less ideological and more about the degree of participation in the Bolsonaro government. The first defended that the military only occupy positions in the Institutional Security Cabinet and in the Armed Forces. But the main military appointments to occupy positions in the Government come from Braga Netto, and also from General Luiz Eduardo Ramos, who, after the dance of the ministerial chairs, is the new minister of the Civil House. The main bet was the appointment of the active general Eduardo Pazuello for Health. The result is known: when he left the portfolio, the country had already exceeded the 300,000 death mark while the vaccination program was draining. Pazuello is also the subject of a formal investigation by the Federal Police for allegedly being negligent in the oxygen crisis in Manaus, in the State of Amazonas.

The removal of Azevedo from the Defense Ministry was Bolsonaro’s way of saying “I am the commander-in-chief” of the Armed Forces. That the Army is “his”, as he has already said literally, and that he is the one in command, both to use force against the isolation measures applied by the governors or to decree a state of siege. The president also wanted the former Army commander, Edson Pujol, to position himself on social media against former president Luiz Inácio Lula da Silva – who recovered his political rights thanks to a ruling by the Supreme Federal Court -, following the example of one of the his predecessors, General Eduardo Villas Bôas, in 2018. But he did not succeed.

Also Read  How the secret of the letter Mary, the Queen of Scots, wrote before she was executed was unraveled

So far, Bolsonaro has not reaped the laurels of the political-military crisis that he himself has caused. He has not been able to name who he would like as head of the Army and has had to be content with General Paulo Sérgio, considered a moderate and follower of the Pujol doctrine. In an interview for the newspaper Braziliense Mail, Paulo Sérgio recounted how he successfully applied social isolation measures in the Army and managed to ensure that soldiers presented coronavirus contagion rates lower than the country’s average.