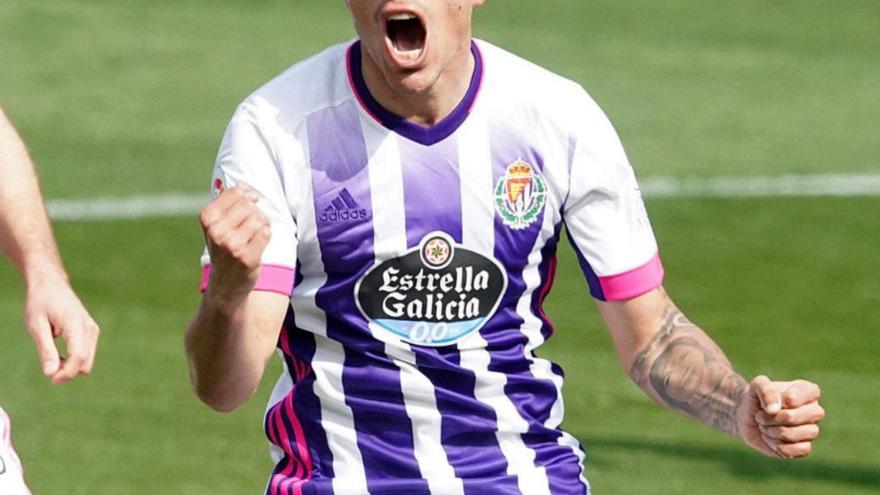 Although there is no official confirmation from any of the parties involved, everything indicates that Bragarnik has gotten away with it in the Olaza case. The one who would be the third Lucas of the franjiverde team -together with Boyé and Pérez- could even arrive at the beginning of next week and be ready to cover the possible absence of Johan Mojica for Saturday’s game. The Colombian will land in Spain with only 48 hours to prepare for the match against Alavés at two in the afternoon.

If everything goes as planned, the signing of the contract between Olaza and Elche is a matter of hours, if it hasn’t already happened. In fact, the club from Elche published yesterday morning on its social networks the emoticon with “open eyes” that it usually uses to announce that there is an imminent transfer. In addition, a video published by Elche with a conversation between an audiovisual creator and goalkeeper Edgar Badia also referred to the arrival of new faces in the locker room.

In any case, sources close to the Pucelana entity also confirmed the news to this newspaper. Lucas Olaza will soon wear green-and-green. There is an agreement in principle. Now we have to formalize the bureaucratic procedures. And the formula will be the assignment with a purchase option at the end of the season. What Bragarnik asked for. What is unknown is whether Elche will have to pay a special premium for the transfer, but everything indicates that nothing similar to the two million that the Pucelano club asked for.

The left side was the priority of the winter market. Even more so after the departure of Josema, on loan precisely to Valladolid. Actually, this double operation began to take shape long ago. About two and a half months. The Elche club showed its interest in reinforcing its left wing with Olaza. At the same time, Pacheta, coach of Ronaldo Nazario’s team, remembered Josema. The game was ready but the cards, in Valladolid’s opinion, did not have the same value.

In this way, the people of Valladolid asked Bragarnik to pay the two million clause for the defender. It had cost them three. The owner of Elche was not willing to make such an outlay, so talks began that, according to everything it seems, have come to fruition.

In the franjiverde entity, the Uruguayan international soccer player liked. He is 27 years old and has a long way to go. It was the ideal complement for Mojica, tremendously punished for playing so many minutes with Elche and his team.

On the part of the player, there was also a lot of interest. Olaza wanted to return to the First Division to put himself in the showcase and return with his team to play the World Cup in Qatar.

Valladolid was also interested. Olaza has the highest chip on the team, now he is not counting for Pacheta. It has not adapted well to the silver category. It has substitutes. In addition, if it meets Elche’s objectives, the Elche club could close its purchase.

Everyone was therefore interested. Now, the tug-of-war between the parties seemed endless. At the close of this edition, the clubs had not made the agreement public, but it was already known that Elche does not pay a transfer and does pay the player’s salary, who could be ready to play the first LaLiga game since his arrival. It takes two months without competing in the Second Division, but it has done so in Cup matches.

On Monday the winter transfer market closes and that same day a crucial week for Elche begins with the match against the direct rival. If Olaza could be under Francisco’s orders on Monday, he would have five sessions to gain the team’s dynamics, to practice with Pedro Bigas, Lucas Boyé or Diego González the exit of the ball, to study the videos of his new team and find out where forwards tend to receive better. Olaza is distinguished by his accurate centers and by hitting the ball very well. A new gunship arrives.

Lucas Olaza is a left-handed player, trained in the Uruguayan River Plate academy and under-20 international with the Uruguayan national team. Despite his young age, he is an experienced footballer, who in LaLiga Santander has played 63 games with Celta de Vigo. As reported by Real Valladolid on its website, he has played more than 5,600 minutes of competition, which consolidates him as a left-back who knows the first step of Spanish football perfectly. Pucela arrived in the winter of the 2020-21 season and has played 14 games as a starter in the elite. He plays in the same position as Johan Mojica and has a similar profile, although nothing to do with the Colombian’s wide stride. Olaza is a specialist in hitting the ball in centers and fouls. He runs the band without rest throughout the match, as shown in the image that measures his main areas of influence on the pitch. He is an offensive winger, one of those that the competitive Elche coach likes.