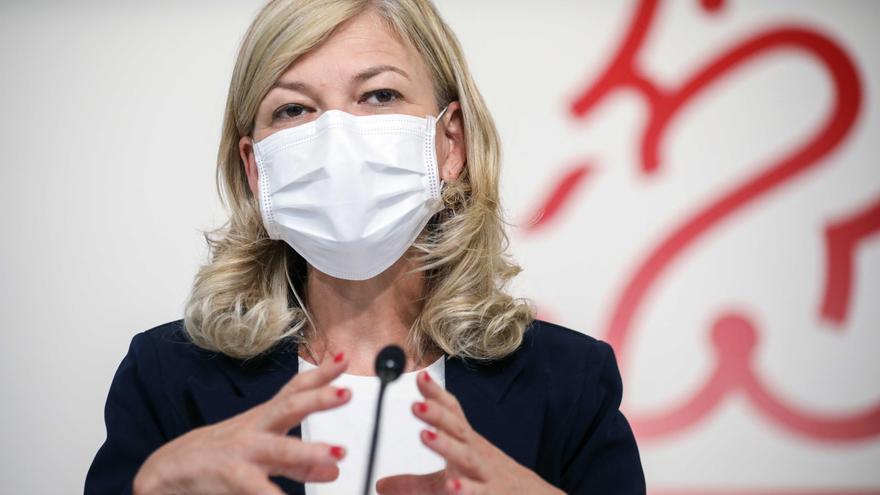 Bravo has thus addressed the 240 people, 30 in person and the rest connected by streaming, between local and national police and civil guards who have signed up for the first course on prostitution and sexual exploitation in the Valencian Community aimed at members of the State Security forces and bodies. This specific training is given from this Thursday until next Wednesday, May 19, at the headquarters of the Valencian Institute of Public Safety and Emergencies (Ivaspe), in Cheste.

Bravo has insisted that, to abolish prostitution, it is necessary “working across the board and that means changing laws and mentalities“. Specifically, he has announced that within the Valencian Forum for the abolition of prostitution” we will make proposals so that the municipalities have a legal basis for adapt their ordinances and they can act against the establishments that cover sexual exploitation “.

During her speech, the councilor highlighted the “great reception” of the course for which they have been received more than 450 applications for any of the 30 face-to-face places available. This has meant that more editions of this training action will be scheduled integrated into the activities of the Valencian Forum for the Abolition of Prostitution promoted by the Department of Justice, Interior and Public Administration.

The course aims to sensitize Public Security professionals about the serious consequences of sexual exploitation to promote a climate of zero tolerance in the face of this violation of human rights.

For this reason, the councilor has highlighted the “fundamental” role of the local police, the Civil Guard and the National Police Corps, which “are in the first line and dThey must be our allies to identify women who suffer sexual exploitation from another point of view, that of the victim “.

Image of the course launched by the Department of Justice. Information

For Gabriela Bravo, “it is not acceptable that, by maintaining an obsolete and unfair concept of public order, in order to stop prostitution it is intended to persecute the victim and not the perpetrator, the prostitute, the so-called client.” In this sense, the councilor recalled that the money “dedicated to buying sex is the third criminal business that generates the most profits after arms and drug trafficking and that, in Spain alone, it moves five million euros a day.”

“Prostitution is not an endemic evil or an inevitable destiny like a biblical punishment.” “That it has existed and exists does not mean that it has to continue to exist,” concluded the minister.

The first module of the course “Prostitution and sexual exploitation in the Valencian Community: awareness and prevention” addresses sexual exploitation and the sex industry in Spain and has been taught by the director and screenwriter Mabel Lozano.

The remaining four modules will be taught this Friday and next week and will feature testimonies of surviving victims of sexual exploitationIn addition to addressing the rights of victims, the legal aspects of trafficking or the actions of security forces and bodies in the prevention and detection of victims of sexual exploitation and trafficking.