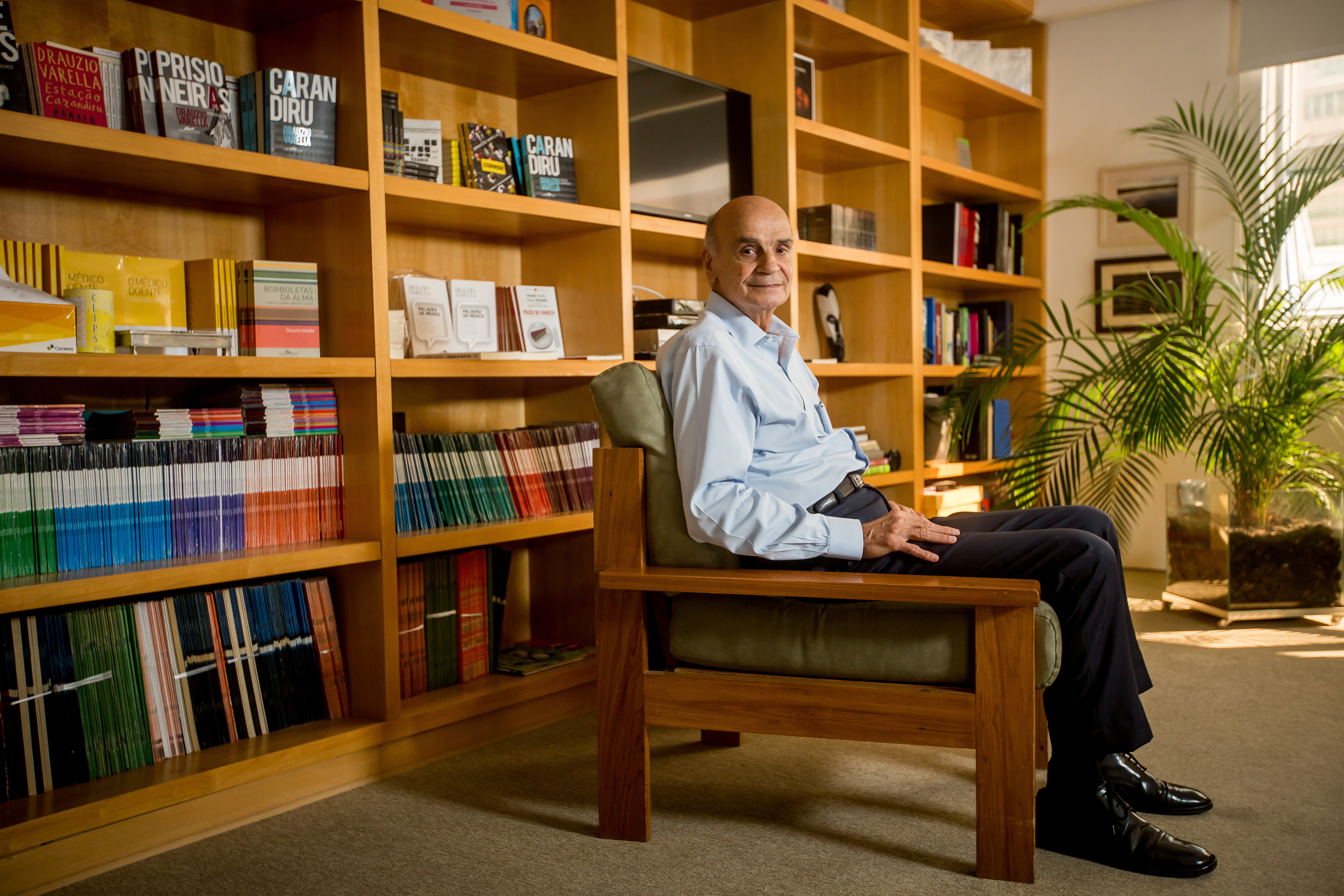 The most famous doctor in Brazil is the grandson of a Galician shepherd who at the age of 12 embarked for the promised land to support his family in Spain. Drauzio Varella (São Paulo, 77 years old) is an institution. This oncologist, who when AIDS appeared, appeared in the media to raise awareness about that epidemic is the great reference in public health for tens of millions of his compatriots who follow him on television, YouTube or the press. With the pandemic out of control, the government in crisis, thousands of patients in the queue for the ICU and Brazil as the global epicenter of the coronavirus, this tall and thin doctor who runs marathons reflects on the power of politicians in this crisis and the attitude of President Jair Bolsonaro. With the room ventilated and a safety distance, he only removes the mask for the photos in his office in São Paulo.

QUESTION. Were people more afraid of AIDS than they are now of the coronavirus?

ANSWER.[Con el sida]at first there was a lot of prejudice. People believed that you could get it from sharing a bathroom or on a crowded bus. It soon became clear that it was transmitted through sexual intercourse. Now there is more fear because you get infected in a casual contact.

Q. Would you get the AstraZeneca vaccine?

R. It is the one I wore. Here you do not choose. They put you the one that plays that day.

P. Brazil, a power in public health, has become a global threat because it can be an incubator for new variants of the coronavirus. How much does the Bolsonaro factor weigh?

A. At first I myself had no notion that it would be serious. When he arrived in Italy, we understood the threat and the measures were clear: mask, isolation. What happened in Brazil? That the president said publicly — I can’t understand why — that if we isolated the cities, we would cause a very serious economic crisis and that more people would starve to death than from the epidemic. If he had said: “We are going to protect the economy, the youngest have to work, but, please, do not go out without a mask, you cannot crowd because otherwise the economy does not recover …”, we would have transmitted homogeneous information. But he began to preach the opposite, behaviors that contribute to spreading the epidemic. We had a double and antagonistic message. It was crucial. We created a snowball that led to the current situation.

Q. Is the United States an example of the power of politicians in the face of a pandemic, given the decline in cases and the acceleration of vaccination since Biden is president?

R. It serves to show how politics can influence a pandemic, because for months it had the highest death toll per day.

P. The Israeli historian Yuval Noah Harari wrote in an article about the pandemic in the Financial Times that science cannot replace politics, that the politician is the one who must take into account medical, economic and social considerations to define a comprehensive policy. In Brazil and in the US, has the policy failed or are there others responsible?

A. The greatest responsibility belongs to the top leader. But it is a set. The citizens, who decreed on their own that the epidemic was over and took to the streets; mayors and governors, who adopted less restrictive policies; the Senate and the House, which were absent from the discussion.

Q. Should Bolsonaro be denounced for crimes against public health?

R. I do not know the legal part, but it is not possible that this is without any consequence.

P. Harari maintains that the negligence and irresponsibility of the Trump and Bolsonaro governments has caused hundreds of thousands of preventable deaths. Do you share that diagnosis?

R. I agree. I don’t know how many deaths could have been prevented because it is an aggressive virus. There are countries that responded quickly and could not prevent deaths, but they had far fewer. They managed to avoid catastrophes such as the Brazilian and the American.

P. Brazil had advantages. He managed to contain AIDS, he has a powerful vaccination program, a health system that reaches the last corner. Was all this insufficient for the Brazilian political leaders?

R. In Spain, the United Kingdom or Portugal, not everything went well, but there was a central coordination that the governments assumed. Here the Minister of Health fell, another entered that was a month and then a military man without any experience in health. No country with more than 100 million inhabitants has a free health system like ours. It is not a simple task, but the system is organized. The national immunization program is one of the most vaccinated in the world. It has 38,000 positions, the room, the refrigerator, the technician trained to vaccinate, a nurse who supervises … What has been the problem? That we started the campaign without having vaccines. In the 1970s, Brazil vaccinated 18 million children against polio in one day. And now? 70,000-80,000 daily, because there are no vaccines.

R. Political momentum was lacking. We must have been concerned about buying vaccines when other countries bought. When we decided to go looking for them, there were no more. They changed the leadership of the Ministry of Health, placed military personnel and non-technicians, and all was lost.

Q. Was the fight against AIDS a success because the authorities joined in a coordinated effort?

R. Despite the prejudices of Europeans and Americans, who said that it made no sense to give protease inhibitors to the poor because the treatment was complex and they would not take it, the Ministry of Health stood up to the multinationals, threatening to break patents. It was decided that every Brazilian with AIDS would be treated. In 1995 we had the same HIV prevalence as South Africa. Today they have 10% of the adult population infected. About 800,000 of us. With the South African rate it would be 17 million.

P. You think that the great sequel of the pandemic is going to be mental health.

A. With the epidemic, two psychiatric disorders such as anxiety and depression have increased. Psychosocial care centers treat only major psychoses. There is no psychotherapy for those who are depressed or in an anxiety attack. And if you don’t treat the disorders in the beginning, they get worse. They will need psychiatric care, medications, long treatments.

P. How to combat mistrust in vaccines, in clinical trials?

R. Those anti-vaccine movements have to be prosecuted legally. You can’t let them talk like they’re authorities. As a student, I visited a smallpox infirmary. There has not been a single case of smallpox in the world for decades. How did it happen? With the vaccine! Someone vaccinated in childhood, who has not had polio, smallpox, who does not have measles and now speaks against vaccines … It is like inducing the population to suicide.

Q. What to do with the hoarding of vaccines from rich countries? Is it selfishness?

A. Of course it is. It is not justified to buy four times enough vaccines for your population and keep them while other countries do not have the money to buy them. This is not the case in Brazil, which has money. Why not provide vaccines and have them returned to you later? There should be an international agreement brokered by the WHO.

Q. How is it possible that almost no one smokes in Brazil?

R. Television, my daughter, television. In no other country do they have a channel like TV Globo, which reaches the entire country. They took doctors to television to show their true faces, to tell that tobacco is a tragedy. I am going to Europe and I am in shock to see how they smoke, how cultured, intelligent people who had access to all the information, smoke.

P. Television as an instrument of public health.

R. It is the great instrument. Even now in the pandemic, most are reported on television. I myself did two series about tobacco in Fantástico (the great informative and entertainment program for families in Brazil) and in both I taught what a normal lung and a black lung looked like. And that causes a huge impact on the population. And there comes everything else.