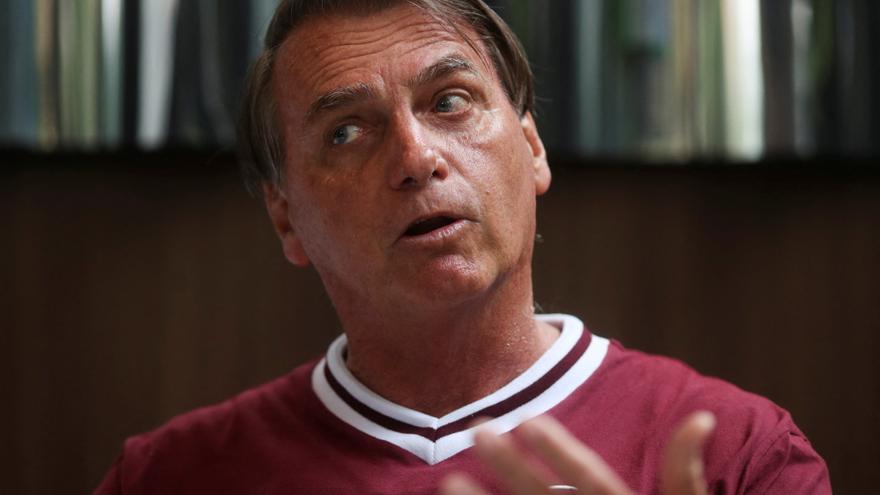 Jair Bolsonaro badly chewed some prawns and had to interrupt his vacation for a intestinal obstruction. A bad omen for what appears to be the last year of his presidential adventure: the polls have brought you terrible news ahead of the October elections. Luiz Inacio Lula da Silva I would defeat him in the first round. There have been opponents who found in these predictions the reason for their indigestion and the increasingly urgent need of the former retired captain to recover votes at all costs. Upon leaving the Hospital de la Estrella de Vila Nova, in San Pablo, Bolsonaro, he partially confirmed those suspicions. He said that, with his convalescence, he had not tried to “victimize” himself for political gain.

The president’s vacation prior to the incident had awakened controversies. His jet ski rides on the southern beaches contrasted with the dramatic scenes left by the floods in the northeast. But their health problems they silenced that controversy. The far-right government recalled the attack with a dagger that Bolsonaro suffered during the electoral campaign that in 2018 took him to the Planalto Palace. As happened on other occasions, social networks were filled with photographs of the president with a nasogastric tube or walking down the hospital corridor.

Deputy Eduardo Bolsonaro published an image of the moment of that attack with the phrase “Who ordered to kill Bolsonaro?“. His father has demanded the reopening of the judicial investigations that attributed the attack to the solitary action of a hallucinated person.” In my opinion, it is not difficult to unravel this case. It will surely reach important people ”.

Also Read  Christmas gift! They will give $ 100 to whoever gets the third vaccine against COVID-19 in NYC

The king of fake news

Marcos Nogueira pointed out in this regard from ‘Folha de Sao Paulo’ that, although, at this point, “it is difficult to be surprised at any outrage committed” by the head of state, it must be admitted that “each day is overcome in ineptitude“.” Who sympathizes with Bolsonaro’s suffering? “Asked the magazine ‘Carta Capital’. A recent measurement by the consulting firm Datafolha shows that the figure of the retired captain is approved by 22% of Brazilians. It is that strip that still believes in a head of state who, according to the Aos Fatos agency (to the facts), propagated in 2021 a daily average of 6.9 false statements or distorted.

Hence, everything that happened around the new hospitalization caused so many suspicions. Bolsonaro, wrote Ricardo Kertzman, a columnist for the weekly ‘Istoé’, is “a crass inhuman, a callous cruel and incapable of the slightest empathy and solidarity with others. Worse still, he has the despicable ability to make fun of even those who suffer. “However, every time he is affected by a health problem,” he tries to attract, in addition to attention for electoral purposes, some kind of solidarity. it is unsuccessful, except among fools. ”

The president’s supporters prayed for his recovery and condemned the lack of empathy from others. “Thank God my father is fine! Every time he goes through this it is impossible not to be outraged by the lie that Bolsonaro has hate speech,” Senator Flavio Bolsonaro said. Once he was discharged, the president resumed his activities, which are nothing more than a early election campaign. He was seen smiling in Goiasm state during a rural music festival.

The Brazilians will go to the polls on October 2. 10 months into the war, Datafolha and the consulting firm Ipec give the winner in the first round to Lula, the former president who was banned in the 2018 elections that paved the way for Bolsonaro and then, under his government, spent 580 days in prison. In case of going to a second round, the leader of the Workers’ Party (PT) would keep 65% of the valid votes.

Bolsonaro should share the remaining accessions with Sergio Moro, the judge who at the time condemned Lula and, as a reward, later became super-minister of Security of the far-right government. Moro broke with Bolsonaro. Then his ruthless judge was shattered. The process against Lula proved to be partial and was annulled. The former magistrate, who ranks third in electoral preferences, has gone out to look for disenchanted Bolsonarians.

Close to the president fear other types of desertions: that of evangelical voter. A recent poll has detected that a little more than half of that congregation this time would vote for a Lula increasingly inclined towards the center to guarantee his electoral victory. “It has political capital,” said Abner Ferreira, one of the main bishops of the Assembly of God. His father is one of the leaders of that Pentecostal church that pledged its support for Bolsonaro in October. He has just taken a photo hugging the former president. For the retired captain, that affectionate gesture must have been harder to swallow than the shrimp that messed up his gut.