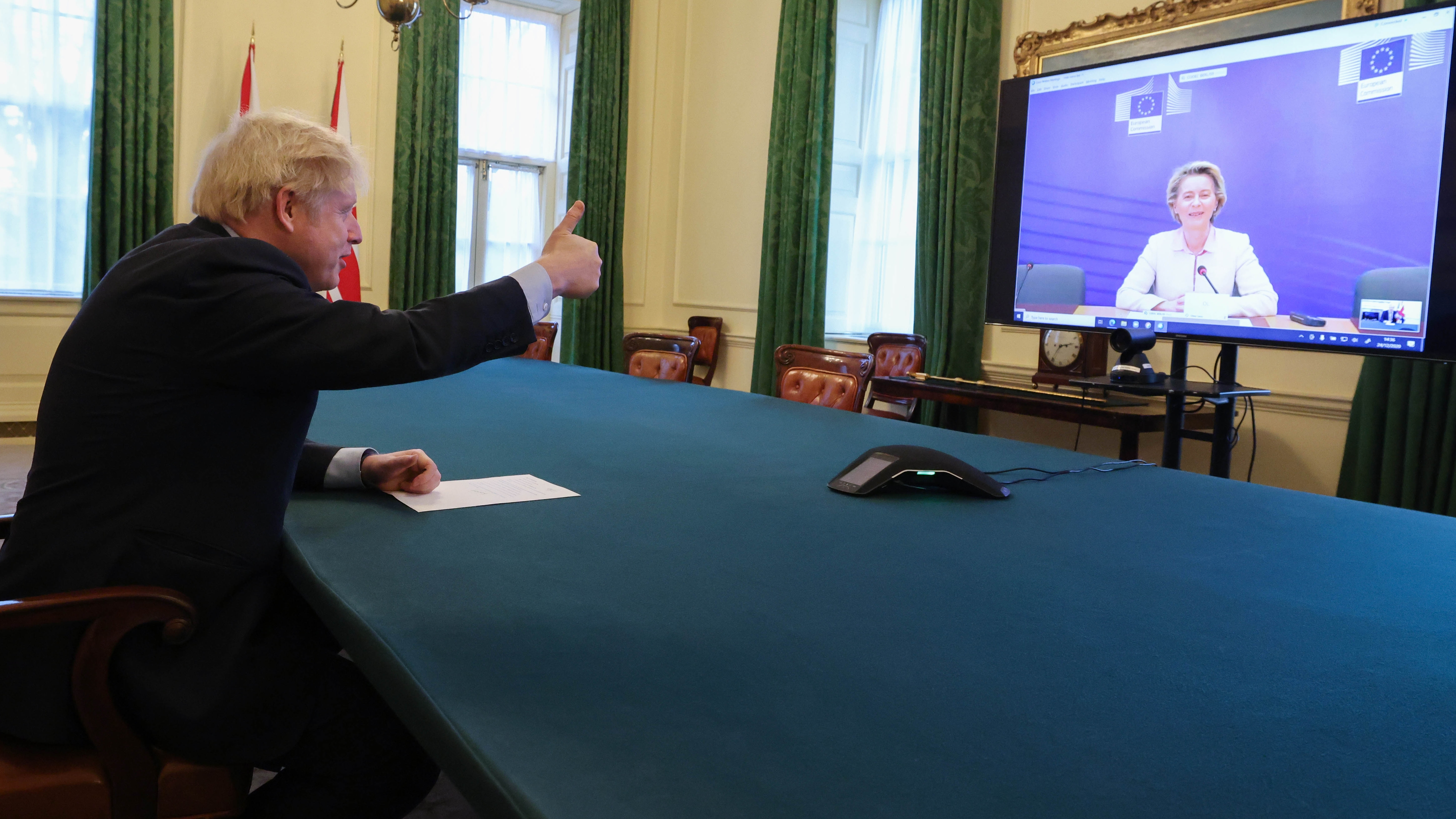 The European Union will be able to retaliate against the UK in an expeditious manner if London embarks on a legislative drift aimed at lowering social, labor, environmental and climate change standards. He agreement reached on Thursday between Brussels and London, to which EL PAÍS has had access, foresees that compensation or rebalancing measures, including the suspension of parts of the agreement or the imposition of tariffs, may be adopted in just 20 days. The strict mechanism is available to both parties. But it has been introduced at the insistence of European negotiators, fearing that the United Kingdom could take advantage of its legislative autonomy to exercise unfair competition that would put EU companies at a disadvantage compared to British ones.

The negotiation of the mechanisms of surveillance, defense and retaliation of the agreement has occupied a large part of the 10 months of encounters and disagreements between the European team, led by Michel Barnier, and the British, with David Frost at the helm. Boris Johnson’s conservative Executive resisted any kind of restriction to his legislative capacity. But the price to pay for an agreement that offers British companies access to the European market without tariffs or quotas has been the establishment of a strict and precise control system in terms of action periods.

The shadow of the European Commission, therefore, will continue to be quite long over Westminster judging by the content in the 1,246 pages of the agreement reached by the two parties on Christmas Eve. In addition to mutual surveillance on public subsidies, to prevent illegal doping by companies, the document includes a supervisory mechanism on the most sensitive legislative chapters with draconian deadlines to react to any regulations that contravene the agreement.

The chapter on fair competition, in its article 9, “recognizes the right of each party to determine its future policies and priorities regarding [legislación] labor and social, environmental or climate protection, or regarding the control of subsidies ”. But it adds that both parties recognize that “significant divergences in these areas may be capable of impacting trade and investment between the parties in a way that changes the circumstances that have formed the basis for the conclusion of this Agreement.”

The text indicates that in the event that one of the parties perceives that the legislation of the other in labor, social or environmental matters is having “a material impact”, it may notify the rebalancing measures that it is going to adopt to alleviate the situation. Measures that may include the suspension of certain parts of the agreement or the imposition of export levies.

The notification will open a consultation period between both parties of 14 days. And if no agreement is reached, the retaliation measures may enter into force five days after the expiration of the dialogue period. The accused party will have the possibility to request arbitration to briefly freeze the application of retaliation. But the arbitration panel will have to rule in just 30 days. If it is not pronounced within that period, the retaliation will take effect, with the possibility for the accused party to also counterattack with its own measures.

The agreement also provides for a prior consultation system that can be activated on the impact of the different regulations, with a view to smoothing out possible rough edges and with the possibility of resorting to a panel of experts to settle the possible dispute.

In the case of subsidies that pose a risk of distortion of competition, the consultation period may be extended for 60 days. And in the absence of an agreement, retaliatory measures may be adopted, later subject to possible arbitration.

These mechanisms, according to Brussels, will make it possible to guarantee the maintenance of the high standards to which both parties in the agreement have committed. The document includes a non-regression clause by which London undertakes to preserve the level of community labor, social and environmental regulations as they are on December 31 of this year. In addition, it reaffirms its commitment to the goal of climate neutrality in 2050.

The introduction of an expeditious reaction mechanism will allow, according to Brussels, to adopt safeguard measures for the European economy if unfair competition is detected through the rules approved in the British Parliament or by the decisions of the current Government, headed by the Conservative Johnson, or future executives.

The harshness of preventive control, raised from the beginning by Barnier’s team, gained even more force during the most critical phase of the negotiation. Johnson’s decision to skip the provisions of the UK’s exit agreement from the EU just a few months after Brexit was consummated on January 31 set off alarms in Brussels and in all EU capitals.

Johnson finally backtracked and withdrew an internal market law that violated, according to the European Commission, what was agreed in the Brexit agreement in relation to the absence of a hard border between the Republic of Ireland (a partner of the EU) and the province British Northern Ireland. But the mistrust sown in Brussels has ended up being reflected in the negotiation of surveillance systems of the new agreement that, depending on how the relationship evolves, could be interpreted in the coming years in London as interference by the EU in British legislative development .

For now, the EU has started the process of forced marches of the agreement this Friday. The ambassadors of the 27 members in the community capital, who have met for the first time in the club’s history on Christmas Day, have already preliminarily agreed on their intention to provisionally apply the new treaty as of 1 January in order to prevent trade relations between the EU and the United Kingdom from suffering a border and customs disaster after the end of the transitional period of Brexit (on December 31).

The final approval for that application could arrive on December 28, just three days from the dreaded abyss, if the review in the capitals confirms the text agreed by Barnier and Frost.