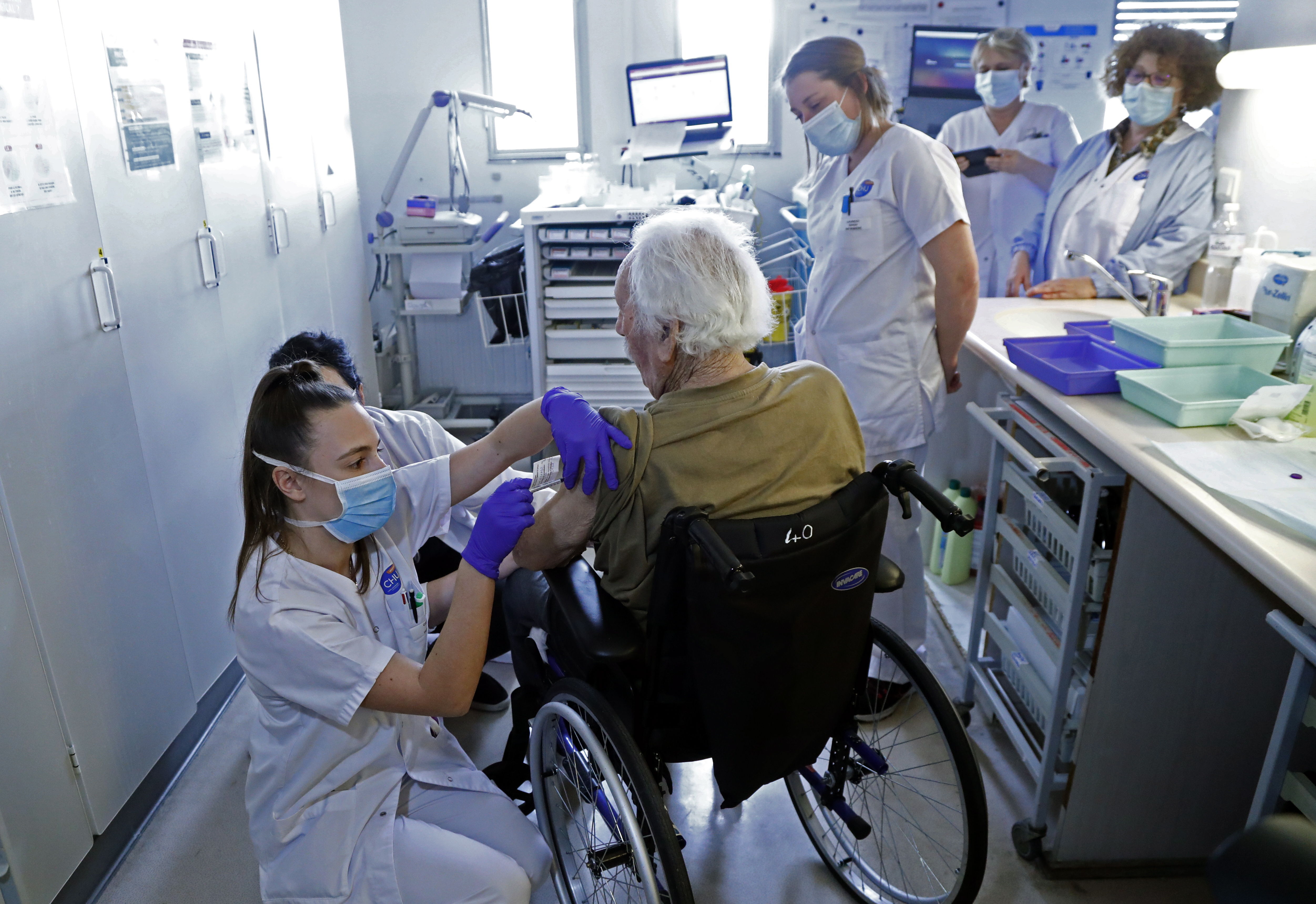 It had to be at Oxford. The Government of the United Kingdom has begun this Monday to supply people over eighty years of age with the vaccine developed by the University of Oxford and the Anglo-Swedish pharmaceutical AstraZeneca. Brian Pinker, an 82-year-old maintenance manager, received the first dose. It was at Churchill Hospital, where he has been going for dialysis treatment for several years. “Now I look forward to celebrating our 48th wedding anniversary with my wife Shirley,” said Pinker, in a phrase destined to melt hearts.

It was seven thirty in the morning (eight thirty, Spanish peninsular time), and a new effort by the British Executive was beginning to accelerate a vaccination campaign that, to date, has not had enough pace to counter the threat of the new strain of the virus. ” It is a key moment in our battle against this terrible pandemic, and I trust it will renew everyone’s hopes that the end is near,” said Health Minister Matt Hancock. The United Kingdom has ordered one hundred million doses of the new vaccine, and this Monday it was already receiving a first half million, which was distributed among the more than 750 vaccination centers scattered throughout the country.

The Oxford and AstraZeneca product is easier to transport and preserve than the Pfizer and BioNTech vaccine, the first to be mass-supplied. The latter needs to be kept at a temperature of 70º below zero, and only lasts three and a half days in conventional refrigerators. The Oxford one is notably cheaper (between three and four euros, compared to 15 for the first one) and holds up without problems at a temperature between 2º and 8º.

This vaccine has shown an efficacy of 62% in its largest trial, with 11,636 volunteers. However, in a subsequent test with a subgroup of 2,741 volunteers in the UK, who were given a first half dose and a full dose four weeks later, the efficacy reached 9 The

The launch of this new phase of the campaign makes the British authorities confident in the possibility of accelerating the pace. More than a million Britons have been vaccinated since the national operation began on December 8 – before the European Union and the United States – and it was the first country to administer the Pfizer and BioNTech vaccine to its population. The Government aims to reach a speed of one million doses per week.

Scientists at the London School of Hygiene and TropicDiseasesses, who have been a benchmark during the pandemic, call on authorities to be more ambitious. Only a rate of two million weekly doses, they have said, will be able to stop a third wave whose strength has exceeded all expectatio The On the recommendation of the Joint Committee on Vaccination and Immunization, the Johnson Administration has changed its strategy. Rather than waiting the initially recommended time between the first and second doses (21 days), it has extended it to 12 weeks to accelerate the number of vaccinated citize The

The United Kingdom is one of tcountries the hardestest hit by the pandemic at the moment, especially aggressive due to the new strain of the virus that has spread from the British Isles to at least 14 other European States, including Spain. On January 3, the country chaired by Boris Johnson recordedrecordord for diagnoses, with more than 57,000 new cases. It also registered 445 deaths, improving the figures with which the year ended, with about a thousand deaths a day. In total, since the pandemic began, the UK has reported 74,570 deaths and 2,599,793 cases of coronavirus.