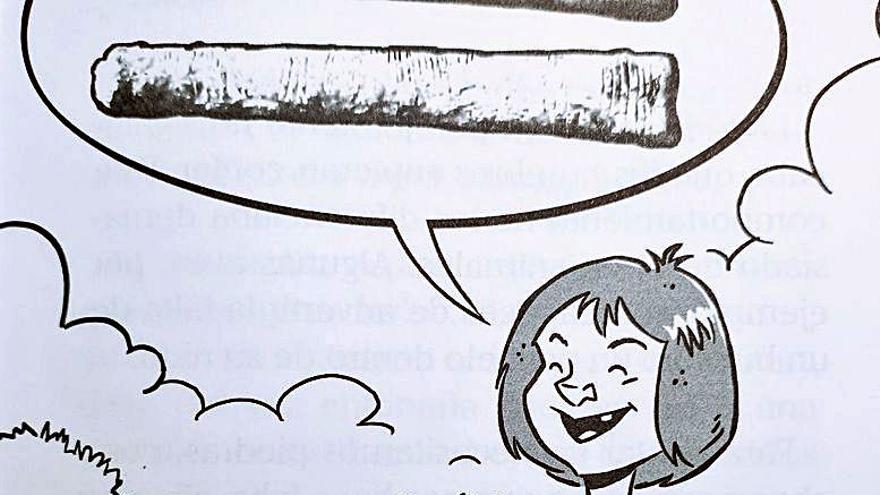 The hunters were accompanied by dogs, which came from wild wolves. They also gathered herds of goats and sheep. A boy was commissioned to tend a small flock. No one had taught him to count.His father woke him up at dawn and said:

– Take the goats to the mountains to feed. You will return at sunset and lock them inside the fence.

The pastor happily left his home. He could still hear the last warning from his father, who shouted at him from afar:

– Keep alert! If one is missing tonight, I’ll beat you up.

The boy went up the mountain and lay down in the shade of a beech tree. He spent the day sleeping, whistling and playing the flute. Then he collected the animals, which had scattered over the hills.

The goats entered the pen and his father watched him very annoyed.

“I told you to bring them all back,” he said.

“I have done that, father,” replied the boy.

“Two goats are missing,” her father added. and hit him with a hazelnut stick.

The shepherd boy did not sleep very well. How did he know? He wondered in amazement. He hadn’t noticed anything.

The next morning, as the animals came out of the pen, he picked up a stone from the ground. One stone for each goat. This time he paid more attention to the herd. When he returned at night, he was removing the stones until both the stones and the animals were finished.

“Good job,” his father told him.

Brief history of the numbers

The shepherd boy was satisfied. But the stones were too heavy and he invented a new method. He picked up a stick and made a notch for each stone-animal.

Returning to the fold, he ran his finger over the notches as the goats entered. If young were born during the next season he would add new notches to his staff.

Prehistoric men didn’t really need to count. It was enough for them to match the elements of one set with another. They could pile dried fruit into a basket, point to notched bones, insert shells into a necklace, or tie knots on a rope. What’s more, they could do the same without any of this. They had their own body, full of different and countable things: eyes, ears and nose. And above all, fingers and toes.

1. How do you think the father found out that goats were missing? If goats were born, he added a notch to the stick, but if they died, what could the poor shepherd do?

2. Get together with your friends and build an abacus using different household items: porespan balls, plasticine, toothpicks, … Play at adding and subtracting and show that you are the fastest. Use the silhouettes of the animals to perform a shadow play.

3. Write a story or poem and send it by post accompanied by a drawing to GRUPO LEO, section 4042 (03080 ALICANTE). Do not forget to put your name, surname, course and school. They can be published on our blog.

Brief history of the numbers

THE ROMAN ABACUS. The power of the Egyptian pharaohs was extraordinary and many thought that their reign would be eternal. They were wrong, for another fabulous empire would emerge that would subdue them without compassion.

In the 8th century BC, Rome was just a village of shepherds and peasants located in the interior of the Italian peninsula. The Romans were not very cultured, but they wanted to improve and studied the knowledge of their neighbors.

They organized an invincible army and spread along the shores of the Mediterranean Sea. The restless and enterprising Romans were always ready to learn useful and new ideas.

Its administrators promoted agriculture and trade in the vast domains of the empire. They also built large buildings, many of which are still preserved. And how did they do it? The ancient Romans used letters of their alphabet to represent numbers, as did the Greeks or the Hebrews.

It was another additive numbering system, based on addition. Certain repetitions were not allowed, and those numerical signs that were to the left of a higher value were subtracted.

The whimsical rules of the Roman numeral system made it a difficult tool to use. It was worth to write down amounts; however, it was impossible to calculate with those repeated and intertwined rods. It was a very old system and the number letters had previously been a set of stripes, arrows and crosses. This symbology went back to the very old practice of notches.

How did they succeed then?

In fact, merchants and tax collectors had a lot of work to do. To do this, they used a very effective calculation tool: the abacus.

The origins of the abacus are uncertain. Some say it arose in China or in the Sahara desert. Perhaps it arose from the custom of using stones and sand lines drawn on the ground to count.

The Babylonians already used calculation boards, and the Greeks and Romans made abacuses of wood, stone, or metal. They were boards where tokens with numerical value were placed. They were used to carry out mathematical operations.