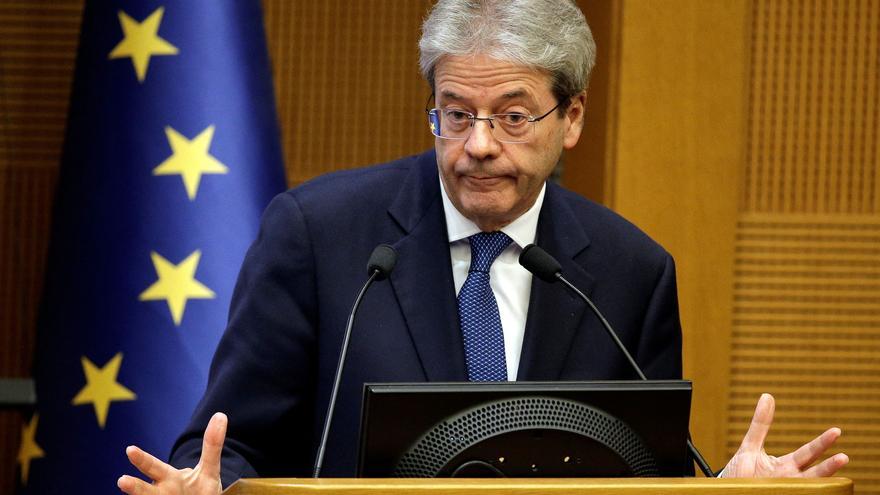 The European Comission presented this Wednesday its proposal to transfer to European legislation the agreement reached in October within the OECD, by 137 countries, to impose an effective rate of the 15% in corporation tax. “The directive that we present will guarantee that the new minimum effective tax rate of 15% for large companies is applied in a way that is fully compatible with EU legislation,” explained the Commissioner for Economic Affairs, Paolo Gentiloni, on a proposal to be followed by a second initiative in summer 2022 on the application of the second pillar of the international agreement, the reallocation of tax rights so that companies pay taxes where they operate.

Under the proposal, the directive will apply to all large business groups with an annual turnover of more than 750 million euros, both national and international, that have their parent company or a subsidiary in the EU. If the country in which a low-tax company is headquartered does not impose the minimum effective rate, the regulations include provisions for the Member State of the parent company to apply a “supplementary” tax. Furthermore, the proposal also ensures effective taxation in situations where the parent company is located outside the EU in a low tax country that does not apply equivalent rules.

In line with the global agreement, the proposal also foresees some exceptions. To reduce the impact on groups that carry out real economic activities, companies may exclude an amount of income equivalent to 5% of the value of tangible assets and 5% of the wage bill. The regulations also provide for the exclusion of minimum amounts of benefits, to reduce the burden of compliance in low-risk situations.

“This means that when the profit and average income of a multinational group in a jurisdiction are below certain minimum thresholds, those income will not be taken into account in the calculation of the tax,” the Commission maintains that it does not expect problems between the States. members and trust to close a political agreement during the first half of 2022, under the French presidency of the EU. As in all tax matters, the Twenty-seven will have to reach an agreement unanimously after the opinion of the European Parliament.

The new tax package is completed with a second legislative initiativea to prevent companies or individuals from using shell companies for improper tax purposes. Although Member States have instruments to combat tax evasion, the tools available today are not adequate, according to Brussels, because they are either fragmented or not aimed at neutralizing fictitious entities. Moreover, according to sources from the Community Executive, European regulations currently allow the establishment of shell companies in the EU to obtain fiscal optimization such as the management of royalties.

Some companies, for example, direct financial flows to shell entities in jurisdictions that have no or very low taxes, or where taxes can be easily avoided. Along the same lines, some individuals may use fictitious entities to protect their assets and real estate from taxes, either in their country of residence or in the country in which the property is located.

This situation means that the European coffers stop receiving more than 20,000 million euros annually. To put a stop to it and prevent the so-called “mailbox companies”, those that have mailboxes but no offices or employees, abuse the system, the Commission proposes to apply as of January 1, 2024 an economic substance test with three questions to determine whether a company is suspected of being a shell company or not.

Also Read  According to science, eating salmon for breakfast is the best way to increase vitamin D intake and strengthen immune health