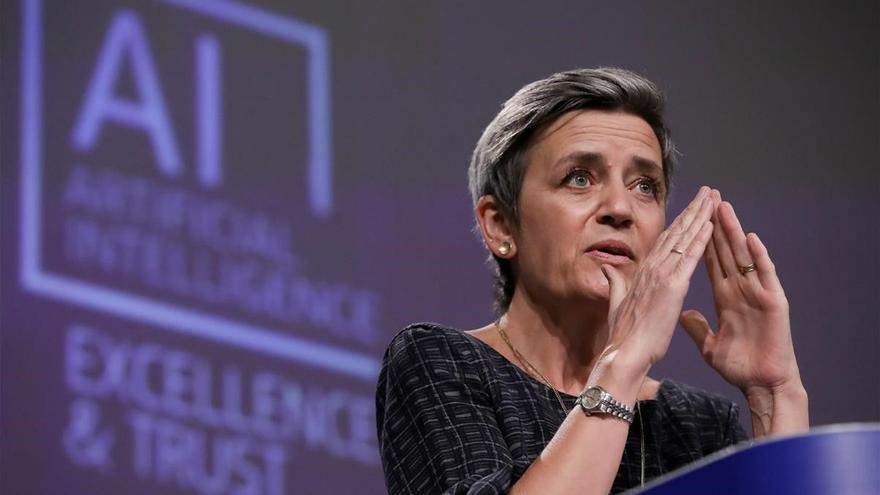 The semiconductor shortage, produced essentially in Asia and essential in all kinds of sectors – from the automotive industry to smartphones, video games and electronics – has led many European companies to paralyze their activity. With the aim of expanding European production – currently 10% – and avoiding future supply crises, the European Commission launched an alliance before the summer to double its market share and reach 20% in a decade. And competition policy will also do its bit. The vice president and head of competition, Margrethe Vestager, announced this Thursday that they will allow governments to grant public aid to produce more chips in the EU and increase production.

“Given the exceptional situation with regard to semiconductors, their relevance and the dependence on a limited number of companies in a challenging geopolitical context, the Commission could consider the approval of aid to fill potential gaps in the establishment of first-rate European companies. order in the semiconductor ecosystem ”, announced the Commission. According to the Community Executive, this type of subsidy will be subject to “Strong safeguards in competition matters” so that there are no distortions of competition and benefits are shared “without discrimination throughout the economy”.

“Currently, around the 10% of world chip production is in Europe. Forty years ago it was half. There are companies in all the Member States that need chips, all kinds of chips, and it may be justified, under conditions, that Member States invest more than they do today ”, Vestager justified at a press conference on a critical element for the world economy and that the coronavirus pandemic has exposed.

Countries like the United States have already announced the creation of a chip law to boost the production capacity The US against China and the European Union will follow the same path with a European law in 2022, as announced by the president Ursula von der Leyen in his State of the Union address. Even so, Vestager maintains that betting on self-sufficiency in this area is “an illusion” given the magnitude of the needs and that it is necessary to shore up alliances. “No country or companies can act alone, but neither can we depend on a country or company. The goal should be diversification among like-minded partners to build a resilient supply chain and avoid single points of failure. ”

Along with this initiative, which is part of the review of the rules of competition policy demanded for three years by capitals such as Paris and Berlin, the European Commission has also announced the extension of the time frame on state aid approved after the outbreak of the pandemic to boost economic recovery. It was due to expire at the end of the year and Brussels has decided to extend its existence for another six months, until June 30, 2022. “This limited extension will allow a gradual and coordinated abolition of crisis measures, without sudden negative effects,” said Vestager. .

The decision also introduces two new Instruments to reinforce recovery. First, investment support measures to help Member States address the investment gap caused by the crisis. “Member States will be able to create investment incentives by companies and use this instrument to accelerate the ecological and digital transition,” the Commission maintains. This type of measure must be aimed at a broad group of beneficiaries and its amounts must be limited. Member States may use this mechanism until December 31, 2022.

The second instrument announced by Brussels is based on solvency support measures with the aim of mobilizing private funds. Thus, Member States will be able to grant guarantees to private intermediaries investing in small and medium-sized enterprises. Brussels considers this initiative especially important given the “increasing levels of indebtedness” of companies during the pandemic. Governments will be able to use this instrument until December 31, 2023.