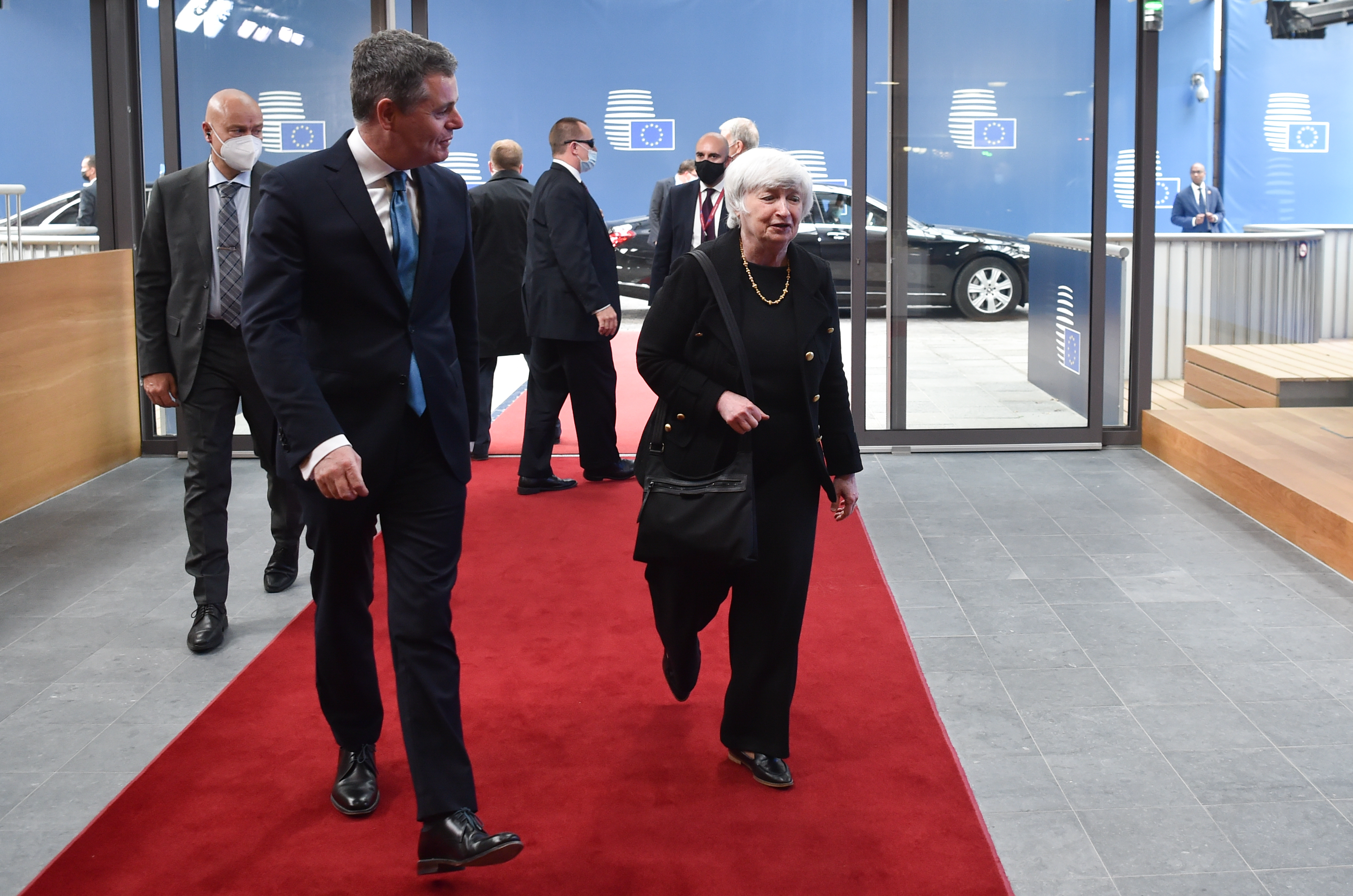 Brussels has decided to park its proposal for a Google European Union after the principle of agreement reached by the G-20 to set a minimum tax on multinationals. A community spokesman said this Monday that the European Commission has decided to “suspend” its work, which was due to be presented next week, to focus on finalizing the design and plan to deploy the global tax agreed in Venice. The announcement coincides with a visit to Brussels by US Treasury Secretary Janet Yellen, who has been urging the EU to reverse its plans to tax the activity of big technology. In her meeting with the community club’s finance ministers, Yellen asked them to “seriously” consider taking “additional fiscal measures” to ensure economic recovery.

The European Union has decided to make a gesture with Washington and postpone its proposal for a tax on the activity of these companies. The tax, already established in Spain or France, must be one of the income that allows the 800,000 million euros of the recovery fund to be paid. Brussels wanted technology companies, which continue to escape from the treasury of most of the EU’s partners, to assume part of the cost of economic reconstruction, having been the big winners of the pandemic.

The United States has opposed the tax from the beginning, considering that it was discriminatory. It was rejected by former President Donald Trump, but also by the current Joe Biden Administration, which understands that the agreement that is expected to be reached within the framework of the OECD in October already solves the concerns of Brussels. Yellen reiterated at the weekend that the pact, which will begin to apply in 2023, implies that the rate is redundant. “It is up to the Commission and the members of the EU to decide the way forward,” he said during his press conference in Venice.

Also Read  AMLO Administration: Mexico will propose to the United States a regularization of migrant workers

In a clear gesture towards the United States, Brussels has announced that it will not present that fiscal package next week. And it will not do so, according to a Commission spokesperson, until the tax design process is completed in the OECD next October. Community officials will be able to pass this news on to Yellen, who according to Bloomberg it goes to Brussels ready to pressure the institutions to abandon this tax.

I was very glad to talk to President @Lagarde and @SecYellen.

We discussed how to spur a green, digital and fair recovery on both sides of the Atlantic.

A fair recovery is one that fully empowers women. We’ll dedicate all our efforts to this. pic.twitter.com/BZtYLmVGQ1

The US Secretary of the Treasury met this Monday with the president of the European Central Bank, Christine Lagarde; with the head of the European Commission, Ursula von der Leyen, and with her Executive Vice President, Valdis Dombrovskis, and the Commissioner for the Economy, Paolo Gentiloni. The Italian stressed that Brussels’ decision to postpone the EU proposal is due to the will to “work hand in hand” with the United States for “the final stretch of this historic agreement” that will allow companies to pay tax minimum of 15% where they operate.

Subsequently, Yellen has attended the Eurogroup meeting – in its format extended to 27 countries – to chat with the EU finance ministers. In fact, not all EU partners have endorsed the global minimum tax that the United States has bet on. And the president of the Eurogroup himself, Paschal Donohoe, is also responsible for the Finance of a country, Ireland, which together with Hungary and Estonia have refused to adhere to this tribute. Upon entering the Eurogroup, Donohoe did not refer to the digital rate and stressed that the meeting with Yellen was going to discuss how to “cooperate” and “work” with the United States.

Also Read  Nadia Nadim: The Afghan refugee who is today a symbol of PSG | sports

Community sources assure that Brussels does not throw in the towel with the digital tax. However, they do admit that they need more time to convince the United States that the rate is non-discriminatory, since it affects both US and European companies. However, there is no consensus on this tax in the EU either, since countries such as Luxembourg, Ireland or Sweden have repeatedly rejected this tax. The German Vice Chancellor and Head of Finance, Olaf Scholz, has affirmed that Brussels’ decision to put the debate on hold is a “sign” of the progress that has been made to close an agreement on the minimum tax next October.