In this vaccine roller coaster that Brussels has become, the European Commission reported this Wednesday that it will receive an additional 50 million doses this quarter from the Pfizer-BioNTech laboratory, raising the expected deliveries between April and June to 250 million doses. , enough to immunize 125 million people, since it is a double prick vaccine. The news, announced by the president of the Community Executive, Ursula von der Leyen, confirms the great European commitment to vaccines based on messenger RNA technology, which until the pandemic had never been used in humans, and specifically for the injections developed by what until a few months ago was an unknown laboratory BioNtech, and produced with the support of the US pharmaceutical giant Pfizer.

“We have to focus on the technologies that have proven themselves. Messenger RNA vaccines are a clear example of this, ”said the head of the Commission, who also confirmed that the Commission is already negotiating a third contract with Pfizer-BioNTech in order to receive 1.8 billion of its doses between 2021 and 2023 and with an eye on its ability to adapt to the new variants. To date, Brussels had agreed to purchase up to 600 million doses from this firm. “It has proven to be a reliable partner,” said Von der Leyen. “It has fulfilled its commitments and responds to our needs.” 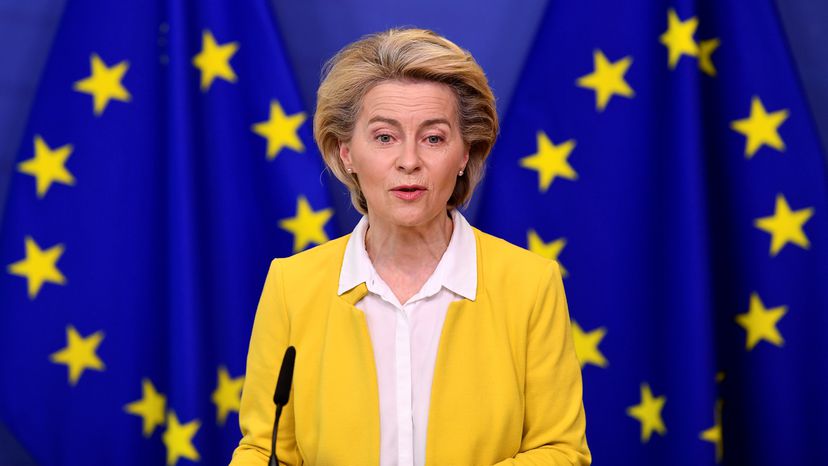 The European Union has just passed the milestone of 100 million doses inoculated to its citizens, of which 27 million have already received the two doses required for immunization, according to data provided by the President of the Commission. Pfizer-BioNTech, which was the first vaccine approved for use in the community block and began to be administered on December 27, has supplied about 63% of the total doses administered in the EU to date, according to the ECDC. Together with Moderna, the other messenger RNA vaccine already approved and in use among the Twenty-seven, they account for more than 70% of deliveries.

Little by little, the punctures made with this new technology have been gaining ground and Brussels focuses its immunization strategy on them in the short, medium and long term, while it seems to be cornering drugs that use attenuated viruses, such as those from AstraZeneca and the Janssen, which have been racking up distribution and security setbacks since the start of the campaign. To date, the Commission has authorized four vaccines to fight the pandemic: two messenger RNA vaccines (Pfizer and Moderna) and two viral vector vaccines (AstraZeneca and Janssen).

Von der Leyen’s announcement comes a day after Janssen (a subsidiary of the American company Johnson & Johnson) decided to delay the first deliveries of its vials to the EU following the notice of the United States authorities, who recommended suspending their use in the country to study six cases of thrombi detected among the seven million people who have been inoculated with this drug. The European Medicines Agency (EMA) also reported last Friday that it is already investigating a possible link between Janssen punctures and thromboembolic episodes, cases very similar to those that occurred with AstraZeneca.

A week ago, the regulator established that there is a causal relationship between vaccination with the AstraZeneca drug and the cases of blood clots detected in EU citizens who had been administered this vaccine, although they are considered “very rare side effects ”, According to the EMA. The agency has since demanded that the Anglo-Swedish laboratory warn of this “unusual” possibility in the product information, although it continues to recommend its use due to the “high effectiveness” of the drug in saving lives.

In addition to the safety alerts, both AstraZeneca and Janssen have had problems complying with the supply of vials agreed with the EU. The first has starred in a constant scuffle with the Commission since January, when it was approved for use in humans, a conflict tinged even with vaccine nationalism in the conflict with the United Kingdom. AstraZeneca has ended up providing in the first quarter only 30 million of the 120 million doses initially agreed, and Brussels blames this laboratory, to a large extent, for the failure to comply with all the vaccination objectives that the EU had set for the first quarter ( 80% of the population over 80 years of age and 80% of health personnel).

Janssen, whose vaccine received the green light from the EMA on March 11, has also not been able to send the agreed doses to member states until a month after it was approved. This week shipments to EU countries began, but after the decision of the US authorities they have been suspended. Being a single-dose vaccine, Janssen’s is one of the key injections within the European strategy to achieve the goal of immunizing 70% of adults in summer. Brussels expects to receive 55 million of this drug throughout the second quarter, of which Spain would account for approximately 10%.

This Wednesday morning, the newspaper The print it influenced the idea of ​​Brussels’ commitment to messenger RNA vaccines. “The European Commission, in agreement with the leaders of many countries, has decided that upon expiration of the contracts in force for the current year, those with companies that produce viral vector vaccines will not be renewed,” the Italian newspaper said, citing a source of the Italian Ministry of Health.

However, the Community Executive believes that the information is misleading. “It is a misleading conclusion, surely based on the investment in messenger RNA vaccines for the next year”, assesses a European source. In reality, the Executive does not renew contracts. Since the Commission began signing a first round of advance purchase agreements with up to six different vaccine companies in 2020, Brussels has extended contracts with Pfizer-BioNTech and Moderna in January and February this year. The first of these, which has pledged to deliver up to 600 million doses, has become the great European vaccine, followed by Moderna, which plans to deliver up to 460 million doses, 150 million of them in 2022.

The Commission decided to sign these two new contracts, as it explained at the time, both due to the technology used and the production capacity of the laboratories and their potential to develop vaccines against new variants of the coronavirus.