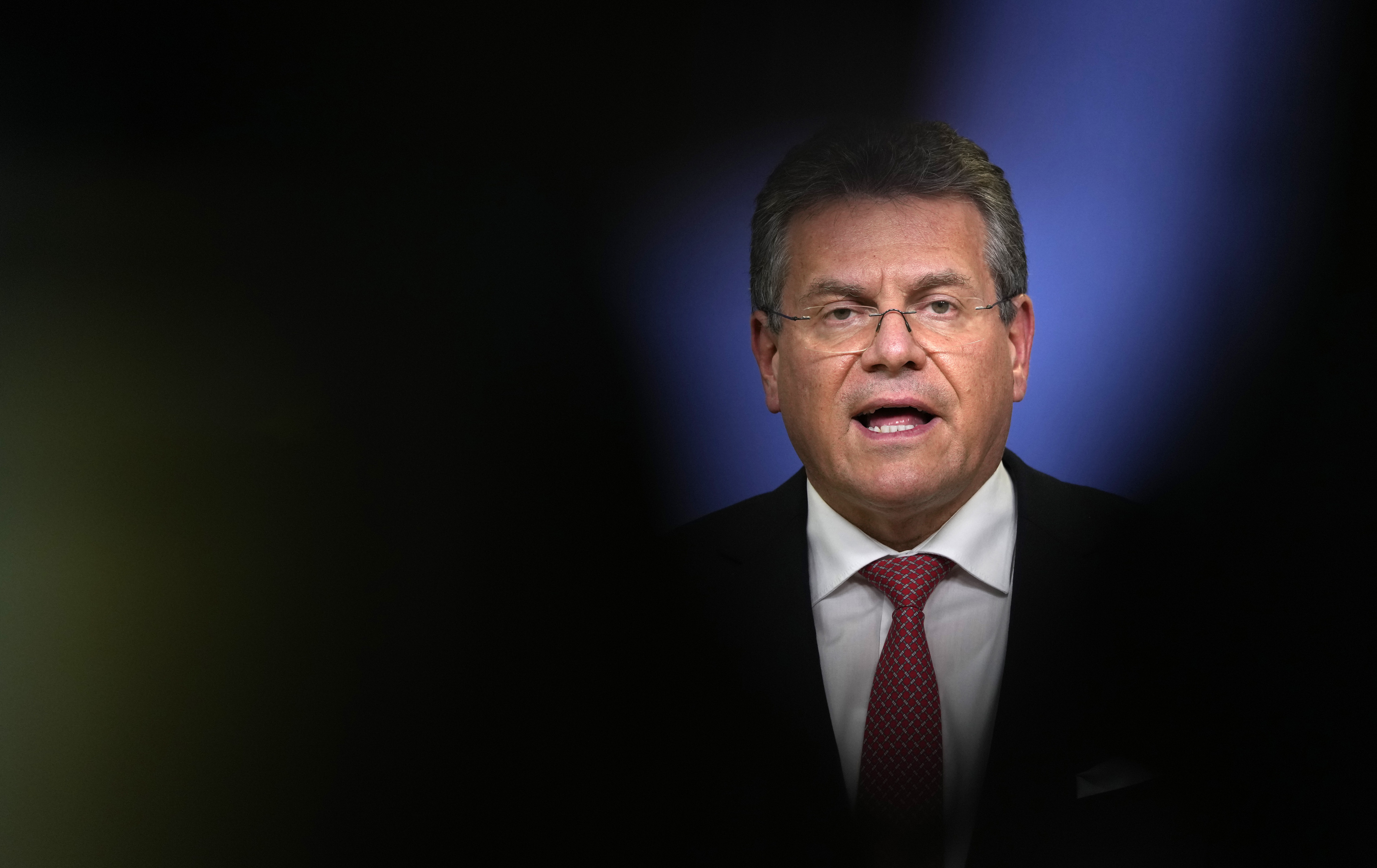 The European Commission is running out of patience with the Government of Boris Johnson and the negotiations on the application of the Brexit agreements in Ireland. The vice president and head of Brexit, Maros Sefcovic, raised the tone this Friday after a third meeting with his British counterpart, David Frost. “So far the UK has not moved at all. I find this disappointing and once again urge the British Government to be sincerely involved [en las negociaciones]”, He assessed before issuing a harsh warning:“ Invoking article 16 of the protocol would have serious consequences for Northern Ireland and for relations between the European Union and the United Kingdom in general ”.

The warning has not been enough for Sefcovic, who in his speech without questions, has also warned that he considers crucial the meeting that he and Frost will hold next Friday, the 12th in London. After several rounds of negotiations without clear progress, Brussels is beginning to tire and wants to see that the talks bear fruit or, at least, go in the right direction.

If London resorts to article 16, this would translate into a unilateral suspension of the Irish protocol, as the part of the Brexit agreement that regulates relations between the European Union and the United Kingdom is called, signed by both parties. The Government of Boris Johnson has repeatedly threatened to take this measure if Brussels does not agree to renegotiate the entire protocol, especially the part that gives the Court of Justice of the European Union the role of final arbitrator in commercial disputes that may arise in the relations between Ulster and the Twenty-seven. The rumor that London was going to activate this mechanism had grown in recent days and this Friday Sefcovic hit the table.

Until now the European Commission had tried to ease the tension. Despite the challenges that were launched from London, the community response sought to ease the situation. Even this Friday, while the meeting was being held, the official spokespersons for the Executive of Ursula von der Leyen were limited to saying that the Union was “looking for solutions” and that “they were holding intense conversations.” Nothing more. On the other hand, a little later, the top European politician responsible for this matter has reacted forcefully.

So that there are no doubts about this turn, in his speech without questions Sefcovic has also alluded to the other dispute that London has open with the European Union and, particularly, with Paris: the fishing licenses in the English Channel. “The agreement is clear. All the boats that fished [en la zona] must continue [con su actividad] and have permits ”. A clear answer to the argument that the London Government always gives on this point, when it replies that they have given the green light to 98% of requests.

That figure has reappeared in the statement that Frost has sent at the end of the meeting. In the text, the British assumes that so far progress has been “limited” and adds that “the proposals of the European Union do not address the fundamental problems of the operation of the Protocol.” Sefcovic has also responded to this in his speech when he stressed that the community offer reduces up to 80% the customs procedures that products from Great Britain that enter Belfast now have to face. In this way, it is once again clear that the main obstacle continues to be the role of arbitrator of the Court of Justice of the European Union, a point that Brussels refuses to give up because it would mean breaking the single market.

Also Read  "He put his leg on my sister's head and cut her neck with a knife": the drama that is lived in South Sudan 10 years after its creation