During the 20th century, Bugs Bunny changed according to what was happening in the world. “In the 1930s, the Looney Tunes shorts had a certain Great Depression-era feel. The US was going through an economic crisis and the drawings reflected it. In the 1940s, Bugs was literally enlisting in World War II to fight for justice and against the axis of evil. In the fifties they were optimistic and represented the baby boom. They always took the pulse of what was happening. The rabbit even dressed as a woman, long before it was accepted on television, ”explains animator Peter Browngardt, who was entrusted by Warner in 2019 with the great task of his life. How do we move Looney Tunes into the 21st century? His answer was: let’s go back to classicism to be modern.

The return to irreverent animation of the nineties

The artist who turned Don Quixote into a cartoon: “Disney had tried it first”

‘Invincible’ is not your typical superhero series (or yes)

“My proposal to Warner was to propose what the shorts would be like if they had never stopped. I wanted to respect the same energy and personality and the same old pairings, like Porky and Lucas. Those classics are the best drawings ever. Simply trying to join his wake is an honor ”, Browngardt points out convinced to EL PAÍS. That is why his new collection, Looney Tunes Cartoons, which opens in Boing on June 19, respects the most famous format of the crazy melodies: lots of music, traditional animation (actually digital, but that seems handmade), jokes and jokes like machine gun, and almost all the characters adored by the public.

But aren’t children different today? Perhaps the secret was not to appeal only to them. “The original animators weren’t thinking about eight-year-olds, but about what would make their friends laugh. I gathered a team of cartoonists, and not dialogue writers, and we locked ourselves in a room to draw gags to replicate that formula ”, he explains. Because Looney Tunes were already created for minds with attention deficit. “The best time is still the forties. They put together a group of class clowns and let them do crazy things. That energy and competitiveness with Tex Avery made them shine. In the thirties, they invented art and now they defined new formulas with each short, without being clear about where animation could go. It was trial and error, something experimental ”.

For Browngardt this was more than a commission. When Clint Eastwood walked into the recording studio to listen to a full orchestra play the headlines of the Looney Tunes shorts to the beat, he couldn’t hold back his tears. In these historic Warner offices, the music of Casablanca, rebel without a cause O The bridges of Madison. Something already iconic. But this went further. I was writing a new chapter for some of the greatest symbols in Hollywood, and in the world. Bugs Bunny, Tweety, the Road Runner and company had been his obsession since he was a child. And not just yours. It pointed to the center of the childhood of many. He had the responsibility to respect nostalgia, but also to attract new generations. Update it for the times, knowing what this means troupe for so many.

“We did tests showing the classic shorts to children, and they worked. They didn’t know if they were made 70 years ago or yesterday. They speak to any generation. We did not want to change how the characters or the drawings look, although it does not matter what we do because we will always end up reflecting our sensibilities “, explains the animator, who previously worked on modern classics such as Futurama, Steven Universe Y Adventure Time. For example, no one can miss old racist messages that cannot be replicated today.

Browngardt sees them as a magazine-like satire of the time Mad O The Simpson. His favorite short is The pixie (Bob Clampett, 1943), where Bugs was fighting a gremlin at a military air base. That adventure ended with explicit references to the American rationing of the time. Maintaining that tone, in one of the new shorts, Yosemite Sam, who no longer carries firearms that can create confusing messages in children, becomes a conqueror who finds an abandoned island. There he runs into the annoying Bugs. To try to kick him out, he will build a wall around it. Browngardt confirms that it was written as a satire on the Trump administration.

Elmer no longer carries a shotgun. After being branded a stalker, the skunk Pepe Le Pew is not invited in the group. When next Space Jam, one of the expected successes of the summer, presented the brand new Lola Bunny, some outraged wrote that this was not the rabbit sexy the one they had dreamed of in their childhood. They did not accept the update. They wanted the character sexualized with a little shirt and curves from the original. As is often the case with beloved franchises, any such change and political message wreaks havoc with fans. The public has an intimate relationship with them. They are characters with whom they grew up, almost friends. 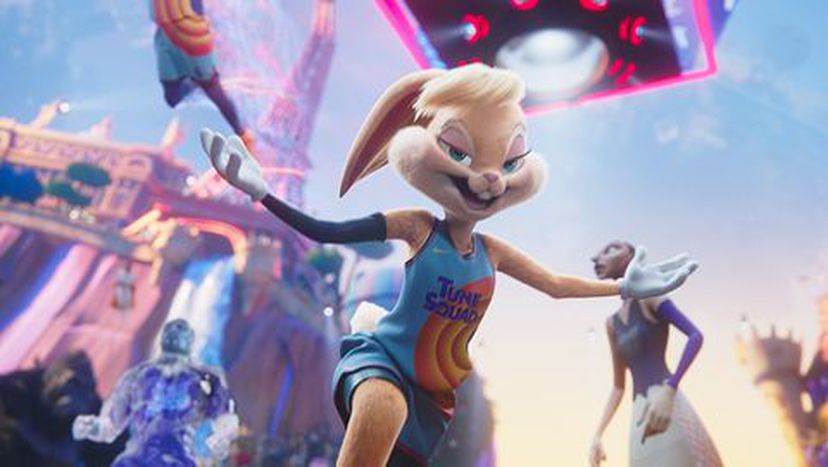 “I was also obsessed with them since I was little and knew what I wanted to do by seeing them over and over again,” recalls the host. “Although the voice of the spectators now makes more noise with the internet. Every follower ends up finding a shared opinion that suits him. There is a certain audience that will always want to see the same thing they loved in the past, without change. I understand the nostalgia to which we tend, but making them evolve is good as long as their bases are respected ”. In the end, these characters will survive any war, president, and Hollywood scandal. Browngardt has simply given them 1,000 more minutes of lively life.