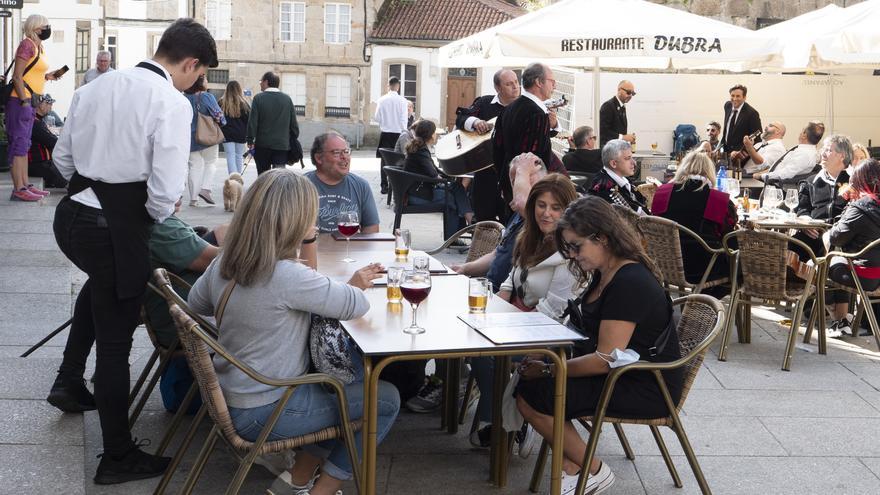 The Harmonized Business Confidence Indicator (ICEA), whose publication corresponds to the National Institute of Statistics (INE), increased 1.1% in the fourth quarter of the year compared to the previous quarter, its smallest increase since the third quarter of 2020.

This climb it has moderated by more than 11 points compared to the increase registered in the third quarter, when business confidence soared 12.3%, its biggest rebound since 2013, the year in which the statistical agency began publishing this survey.

In any case, with the rise in confidence in the fourth quarter, this indicator accumulates five consecutive positive quarters after the increase of 10.5% that was registered in the last quarter of 2020, and the increases of 3.6%, 5% and 12.3% in the first, second and third quarters of 2021, respectively.

The upturn in business confidence registered in the fourth quarter is the result of the improvement in the situation indicator, as the expectations indicator worsened slightly.

Specifically, the balance of expectations (difference between the opinions of optimistic and pessimistic businessmen) stood at -2.6 points, compared to the 0.9 point decrease registered in the previous quarter.

This is due to the fact that the percentage of business establishments that think that the progress of their business will be favorable between October and December of this year has stood at 18.9%, a figure lower than that of the previous quarter (21.6%) .

For its part, balance sheet (difference between favorable and unfavorable responses with respect to the quarter ended) it rose six points compared to the previous quarter, going from -8.3 points in the third quarter to -2.3 points in the fourth.

This improved perception of the current situation is the result of the increase in business establishments that believe that their business has evolved favorably and normally in the last three months and the decrease in those that believe that it behaved negatively.

Thus, regarding the quarter already ended (third quarter of 2021), the ICEA shows that 20.3% of business establishments have a favorable opinion about how their business functioned in those three months, compared to 22.6% of establishments who have appreciated an unfavorable evolution in this period and 57.1% who speak of normality.

The ICEA, which has a quarterly periodicity and is comparable at European level, is drawn up from a representative sample of business establishments.

During the fourth quarter of this year, business confidence increased in almost all economic sectors and company sizes and in 13 autonomous communities.

Thus, according to Statistics data, of the five economic sectors analyzed, those that increased confidence the most in the fourth quarter were transport and hospitality (+ 6.1%) and other services (+ 1.1%), followed construction (+ 1%) and commerce (+ 0.1%). In contrast, the industry cut its confidence 0.7% in the fourth quarter.

The greatest increases, on the other hand, were registered in the islands, with increases of 10.1% in the Canary Islands and 6.3% in the Balearic Islands. They are followed by the Valencian Community (+ 2.8%) and Asturias (+ 2.2%).

For the elaboration of this indicator, the OECD, the German Ifo and, above all, the Japanese Tankan, produced by the Central Bank of the Japanese country, are taken as a methodological reference.