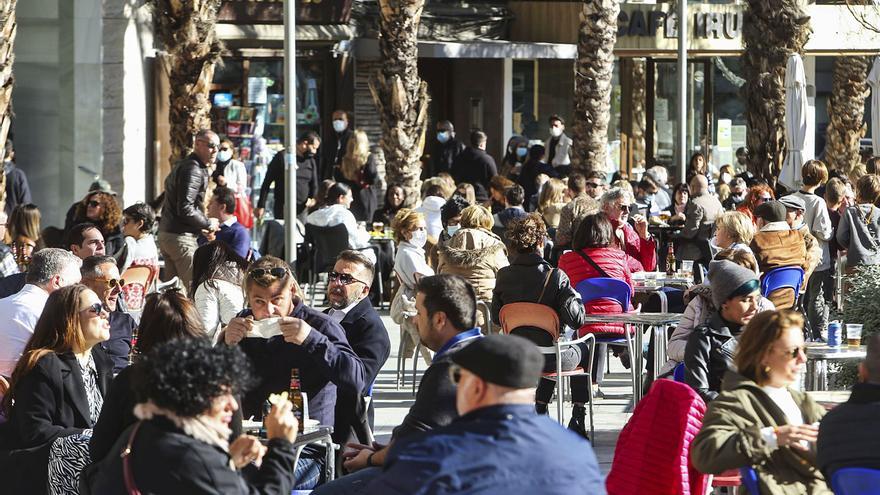 The official speech goes one way. The facts, on the other. We say: We are in war. But we don’t act like that is true. Neither from the point of view of collective behavior – we have spent December on the streets, from store to store – nor from the point of view of government measures. Vaccination is an example of this permanent trompe l’oeil we live in. A few days ago one of the leading specialists on the subject said that a vaccine, by itself, is nothing: what matters is its application. What war plans have the administrations arbitrated to proceed with this vaccination in the fastest and most effective way possible? None that have been explained to us. It is not only that they have not had the resources available to the Army, private health, mutuals … It is that not even An extraordinary logistics plan has been put in place: newly retired nurses, for example, are asking to be used. And he is asking for it, precisely because nobody has mobilized him. He has not even been vaccinated on holidays, except at the last minute when criticism had already been triggered. But weren’t we at war? Wars are fought 24 hours a day, seven days a week, and 365 days a year. And the contenders, while they last, have only one goal: to win them by making the sacrifices that have to be made.

The largest mass vaccination campaign in history has been planned as if it were flu prophylaxis. No more no less. Perhaps you, reader, are within one of the risk groups: you have a serious illness, you are obese, you are a smoker, you are diabetic … Do you know approximately when you will be vaccinated? Have you received any communication about it? Has anyone contacted you? Can you at least turn to some official document, a decree in the BOE for example, where you can find some kind of reliable indication about how the campaign is going to develop? No. We know that the elderly in residence (where the highest mortality rates were registered when this disaster began) will be vaccinated first, and then the first-line health personnel. There is nothing else written. And even those two groups, who have all the logic in the world to be the first to be immunized, are seeing how in practice everything is improvisation. We know how many people there are in Spain, how many in each age group; we know how many toilets and we know by groups what pathologies citizens have. We know the doses that will arrive and when. We have (the governments have) all the data. And we have had a year to organize it. But someone forgot, apparently, to hire a logistics expert. Twelve months ago, all governments could say that no one was prepared for what came our way. Now there is no excuse.

The mistakes that have been made in this first phase of vaccination (Let’s hope they are corrected as soon as possible or it will take years to effectively immunize the population) are, however, only the symptom of another major: the feeling that the administrations have agreed to live with the health crisis and, consequently, with the economic and social crisis that goes with it. We are at war, because they say so, not because they act as if we really are. As far back as last April, the main scientific journals (Science, Lancet …) have already published articles by experts that predicted the evolution by waves of the pandemic. The virus is new, but it is not an alien: it behaves in many cases like other viruses that are well known to science. So it was clear that expansion by successive waves (advance, retreat, advance …). Did someone plan “breakwater”? No. We have moved into propaganda territory: scare when a peak hits (“we have very tough weeks left”), relax when it drops. As if we had done something effective to make it go down, as if we were not warned that this setback of the wave will be followed by a larger one if it is not used to tighten the measures just when the peaks are smaller. We do it the other way around: we close bars when the contagion becomes exponential again, instead of taking the measures before, when we are in a better disposition. Aren’t we at war? The rules of war say that you attack with more force the weaker the enemy is: not that we all allow ourselves a break every time it seems to retreat. But that’s what we do: increase perimeter closures, curfews when the peak is high, and reduce them when it appears to be low.

This is a war (I know that I have repeated the word dozens of times in this text, but perhaps it would be best to use it at least once in each paragraph), but with unique characteristics, which we are not being able to see either. In a conventional war, the first thing governments do is impose censorship: to avoid demoralization of your own, so that the enemy has as little information as possible. But here the enemy does not think (not even purely he is a living being), nor does he draw up strategies: he only acts. Therefore, in this case, contrary to a common war, the more information and more transparency, the more chances of success. Is it being done like this? No. The opposite is done. It is still very difficult to understand the rules that are dictated. No pedagogy is done. And neither the actions nor the explanations are led. The regional presidents appear many times to discuss measures that are not their full scope. The Government passed them the hot potato since the summer and it seems that what is happening is not going with it: Does Madrid vaccinate less and Asturias vaccinate more? Well, it will be a matter of how they mount it in each autonomy. Who then guarantees, in a case like this, of literal life or death, the equality of all Spaniards in a real and effective way? And what is the use of Asturias vaccinating well if Madrid, the great expansion center, does it poorly?

Also Read  Who are the greatest wonders of a goal in international soccer? | Football

It is not a question of the system. It is not a matter of autonomy or centralized state. Germany is a federal state. And he’s not doing well right now. But the feeling that there is a coordinated effort between Mrs. Merkel’s government and the landers and here the game is limited to passing the ball from one administration to another is embarrassing, for not using a harsher qualifier, regardless of the results.

We are at war, even if we only say it but do not assume it. But, just as in the question of information, limited in an armed conflict but basic in this fight, there is also another singularity that does not enter our heads. In a war like the ones we experienced in the last century, the hot zone is the front, while in the rear, despite the sacrifices, there are temperate places where in fact the troops who are relieved from the front line are sent to rest. In WWII you could see photos of crowded Parisian cafes (from Paris taken by the Nazis), while London was being bombed. But here, there is no front. The enemy is everywhere. How is it possible, then, to see the images that we have seen this December, of streets, cafes, shops, full to bursting? There is, I have already said, an individual responsibility. But also another from the Administration, which is not doing its homework. We have seen people. We have seen the Police when social networks or media websites began to fill with intolerable photos. The last straw, to give an especially significant example, is the Christ (sorry for the expression) that was mounted with the Cavalcade of Kings of València, a city council governed by Compromís and the PSOE, the same partners that from the Consell asked for prudence and even confinements. I repeat: the speech goes one way but, unfortunately, the facts go the other way.

We are going to have a hard time, they are telling us now. We already know. We are going to have a bad time for many reasons, many of them of a social nature. But also because the Administration continues to be incapable of managing the logic of this war situation. Hospitals are about to overflow, but the field hospitals that were set up (and have never been used) at the beginning of the first wave do not have the conditions, neither of instruments nor of air conditioning, necessary to sufficiently relieve the conventional hospital system . There is also no specific, concrete, orderly plan for the use of private resources. They must be at the service of the public system, of course. It would be more. But how are they going to be used? It is not known. Consultations, interventions, most of the medical practice are suspended. It may have its logic. But the unanswered question remains the same: to what end. Because if it is to put all those resources to vaccinate morning, afternoon and night, it makes sense. But that is not what has been done.

Up to this point, There has not been a single day that we have had the feeling of winning this war. Science has worked like never before (nobody believed that vaccines could be available in such a short time), but the positive effects of this monumental effort are being, for now, badly used. It is, as I said, a collective failure, which if not corrected will pay for several generations.