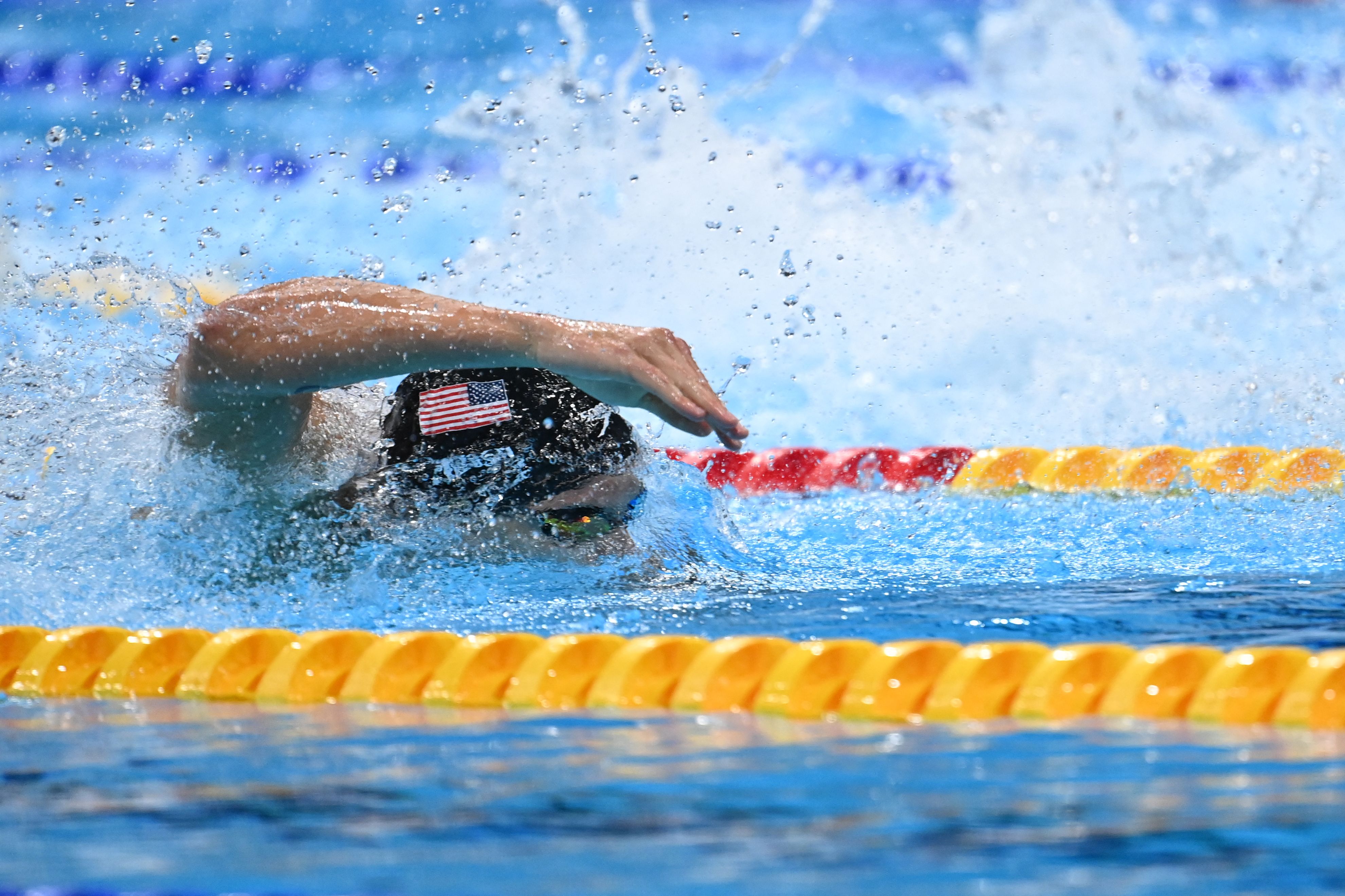 Caeleb Dressel used a trick of the champion to get out of the quagmire of the last 10 meters and win the fastest 100 free final in history with a time of 47.02s. Without breathing, clenching his teeth and pushing himself with a succession of emergency strokes that kept him safe from Chalmers and Kolesnikov, the American swimming leader touched the plate in 47.02s, fourth best time ever, and held on to the gold. in the test that connects swimmers with the deepest legend of Olympism. Popov, Spitz, Schollander, Weissmuller and Kahanamoku’s accounts were joined by Dressel’s on the thread of the 100 champion’s necklace. It was the American’s first individual gold in the Tokyo Games and must have known him upon release.

The expression of bewilderment, dizziness, fear, relief, prevailed over happiness the instant he turned to look at the scoreboard and clung to the eighth note like a castaway to the tree. Double world distance champion, Dressel carried on his shoulders the immense responsibility of saving his reputation and recovering the United States team from a phase of uncertainty. He did it in a test overloaded with threats. The fact that his first feature was not as fast as usual could lead to ruin or salvation, depending on how he managed his energy and how he tempered his nerves.

He jumped before anyone else. Farther than anyone. And he touched the wall of 50 before anyone else. That did not change. What must have been novel to him was the discovery that when he emerged from the underwater swim at the 15-meter line, he had a stranger hooked on his right shoulder. Kliment Kolesnikov had left almost as fast as he. Considering that the Russian ends better than he begins, Dressel must have calculated that a tight denouement awaited him. The Australian Kyle Chalmers, champion in Rio, had the best shot in the world.

No one, in Games and Worlds records, has swum the second 50 out of 100 races quite like Chalmers. He won gold in Rio with a time of 47.58s and a lap in 24.44 seconds, and in Tokyo he passed in third place due to the turn, gained momentum in the return and was about to take the blow by the same route. He reached the last 15 meters thrown and completed the second pitch in 24.37s. For a few moments, the balance of the final wavered without an owner. The margin of half a meter that Dressel conquered in the first 50 was shortened to a few centimeters, or perhaps nothing.

Time rings in the mind of every swimmer. The obsession with calculation, on the count of every hundredth, catches them all equally. The stress they undergo to prepare for the Games in four-year cycles ends up draining all their energy. Kolesnikov, 21, can dream of reaching Paris 2024 in full swing. Chalmers, 23, enjoys the serenity that gives him the prestige of holding the title of champion. All the pressure of the final went to Dressel, who at 24 felt that the irrevocable moment had come. Now or never.

During the return, Dressel breathed, turning his head to the left, as if controlling Kolesnikov, who was struggling to maintain speed. Maybe he saw the red mark that marks the final 15 meters. It was exactly at that point that he turned his forehead to the bottom of the pool and began to hammer his arms like a madman. Up to seven full cycles, 14 strokes, he did at full power. With the turbines red-hot. Without skating, which happens when swimmers become exhausted and lose their balance. He grabbed the water as if it were a mortal enemy, advanced until he touched the wall and did it all without breathing. When he raised his head to the surface, he bent his neck in the jerky gesture of a mammal in search of oxygen. First survival, then glory.

Dressel did not break the world record. It also did not make its best mark. Added all the times, however, they reflected the fastest race in history. Six of the eight finalists fell below 48 seconds. Something unprecedented. The occupants of the podium, Dressel (47.02s), Chalmers (47.08s) and Kolesnivov (47.44s), fell from 47.50s. A sidereal leap, compared to the last Games. So much so that Tokyo’s bronze time would have been worth gold in 2016, when the medals were shared between Chalmers (47.58s), Timmers (47.80s) and Adrian (47.85s).

Then Caeleb Dressel stalled at 48.02s. It was sixth. The biggest disappointment of his career. A trauma that he stubbornly struggled to overcome during the five long years that followed. It changed the world. Swimming changed. But the Olympic title did not escape him.

“Michael Phelps is a better swimmer than me”

Caeleb Dressel had just won his first Olympic medal in an individual event when the NBC reporter compared him to Michael Phelps, who could never win the 100 free. “I don’t think it’s fair to Michael,” said the Florida sprinter, who referred to his countryman as if he hadn’t retired five years ago. “He is a completely different swimmer. He is a better swimmer than me. I am completely comfortable saying this. Winning more medals than Michael Phelps is not my goal in sport. He was on a totally different level. ”

One thing is certain. Phelps, who hung 23 Olympic golds, 13 of them individual, inhabited a different mental plane. Phelps couldn’t bear to live without the pressure of the highest demands while Dressel seems happier away from the spotlight than inside. Man is more sensitive to the environmental noise produced by large competitions.

He will turn 25 on August 16. Due to physical conditions, he has been a marvel since he was a teenager. However, his character was slow to warm up. Perhaps due to his peasant origin, he did not get used to the pressure of the big events until he was 21 years old and participated in the Budapest World Cup in 2017. His Olympic experience in Rio 2016, where he only won one gold in the 4×100 relays , it became traumatic.

“This medal means a lot to me,” he said, after winning the 100 freestyle. “I knew the weight was on my shoulders. He had won Olympic relay medals, but never singles, so it was very special. Is different. I didn’t want to admit it, but now that I’ve done it, I can afford it. This is very different. In an individual test you cannot rely on anyone else. It’s just you and the water. There is no one there to save you. It’s hard”.

On Thursday afternoon Dressel swam the 100 butterfly qualifying series and qualified with a time of 50.39 seconds equaling Joseph Schooling’s Olympic record in 2016.