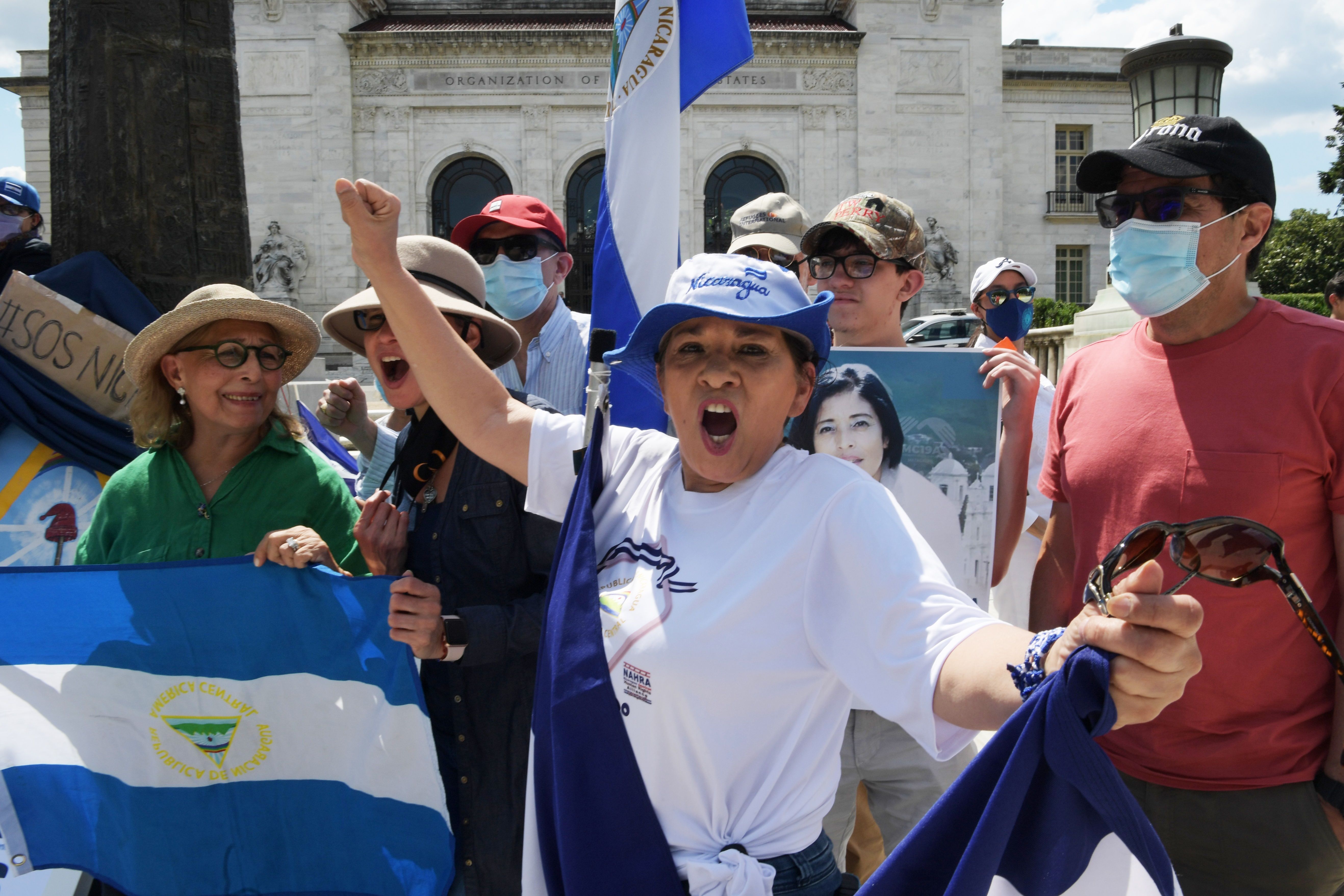 A law initiative Backed by 18 Democratic and Republican congressmen from the United States, it demands that the commercial authority of that country review Nicaragua’s participation in the Free Trade Agreement between the North American power and Central America, known as Cafta. The initiative was presented this Thursday by María Elvira Salazar, a Republican congressman from Florida, with the support of Democrat Tom Malinowski, from New Jersey, who justify the measure as a response to the constant human rights violations by the Daniel Ortega regime. and the recent escalation against the Nicaraguan opposition, which has jailed four presidential hopefuls, three well-known Sandinista ex-combatants, prominent activists, and a leading financial sector businessman. “Trade with the United States is a privilege, not a right,” warn lawmakers.

“Under Daniel Ortega, Nicaragua has become a land of oppression,” said Congresswoman Salazar after presenting the initiative. “Ortega’s thugs are jailing political opponents and violently silencing dissenting voices. I presented the Nicaraguan Free Trade Review Law because trade with the United States is a privilege, not a right. We must show the Ortega regime that it cannot continue to repress the Nicaraguan people while reaping the economic benefits of free trade with the United States. The United States should not be in the business of trading with dictators, “he added.

If the proposal is approved, the suspension of Nicaragua from Cafta would be a severe economic blow for Ortega. Data from the United States Government show that Nicaraguan exports to that country have increased by approximately 70% since the treaty entered into force on April 1, 2006, under the Administration of the recently deceased former President Enrique Bolaños Geyer.

The agreement document establishes that for a country to be part of the treaty, it must comply with specific requirements, which include guaranteeing a “legal environment” for business, maintaining healthy competition, protecting intellectual property rights, and promoting “transparency and Rule of law”. It is precisely on this last point that, according to congressmen, Ortega has failed in Nicaragua. “Daniel Ortega has embarked on a violent crackdown on democracy and imprisoned opposition candidates running for president. It is dismantling democratic institutions, actively undermining the interests of the United States, and violating the rights of the Nicaraguan people. Reviewing Nicaragua’s compliance with the Treaty is not only necessary, but urgent, ”argue the legislators in a statement issued Thursday afternoon.

Democrat Malinowski has justified his support for the initiative this way: “I am saddened by Ortega’s aggressive dismantling of Nicaragua’s fragile democracy and the freedoms for which the Nicaraguan people have fought so hard. I ask that you immediately reverse these actions and respect the laws and constitution of Nicaragua. At the same time, there is no reason why the United States should reward its regime with preferential access to the US market. “

Washington has already shown its suspicion of the Ortega regime, which it has openly labeled a “dictatorship.” The Treasury Department has imposed financial sanctions on important government figures in response to the arrest of opponents. Among those affected by Washington’s decision is Camila Ortega Murillo, coordinator of the so-called Creative Economic Commission and daughter of Daniel Ortega and his wife and vice president, Rosario Murillo. The sanctions also include Leonardo Ovidio Reyes, president of the Central Bank; Deputy Edwin Castro Rivera, loyal political operator of the regime in the National Assembly; and Julio Rodríguez Balladares, general of the Nicaraguan Army. The Treasury Department has justified its sanctions by stating that these individuals support “a regime that has undermined democracy, abused human rights, enacted repressive laws with serious economic consequences, and tried to silence independent media.” . The Ortega regime has rejected the sanctions, which it has classified as “interference and arbitrary.”

The initiative of the US congressmen comes a day after the Organization of American States (OAS) pass a resolution in which 26 countries on the continent “unequivocally condemn the detention, harassment, and arbitrary restrictions imposed on presidential candidates, political parties, and independent media” in Nicaragua and demand the “immediate release of all political prisoners.”

Mexico and Argentina abstained from voting, expressing concern about the “arrest of political opposition figures,” but were against intervening in internal affairs of Nicaragua. The decision of both countries was criticized by Amnesty International, which has classified it as “unacceptable”. “The principle of non-intervention in the internal affairs of a State does not apply to human rights violations and crimes under international law,” said Erika Guevara Rosas, Director of Amnesty International for the Americas. “It is unacceptable that the governments of Alberto Fernández, in Argentina, and Andrés Manuel López Obrador, in Mexico, decide not to accompany the many victims of the human rights crisis in Nicaragua,” he added.

The OAS decision, however, was welcomed by Washington. Antony Blinken, Secretary of State, has affirmed that it is “a clear message of support for the Nicaraguan people and their struggle for free and fair elections, respect for human rights and accountability.” For Blinken, “the members of the OAS made it clear that the actions of Ortega and Murillo have no place in this hemisphere.”