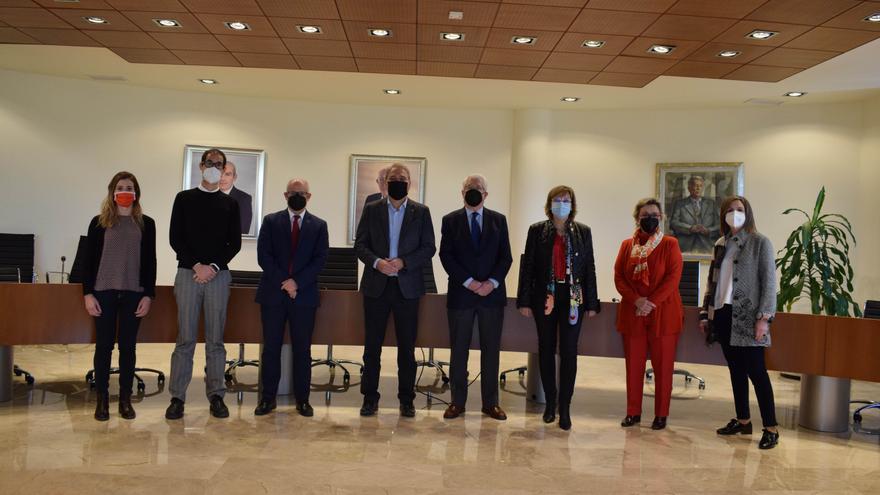 The rector of the Miguel Hernández University (UMH) of Elche, Juan Jose Ruiz Martinez, and the president of Caja Rural Central, Manuel Ruiz Escudero, this morning renewed an agreement, through which the entity will finance one more year the UMH investigations related to the development of new antitumor drugs for the treatment of colon cancer. This project is declared of social interest by the Valencian Government Patronage Office and is included within the UMH patronage plan, which is currently open for the collaboration of anyone interested in contributing to the success of this project. draft.

According to this agreement, the entity will contribute 21,000 euros to the UMH for a line of research that is developed at the UMH Institute for Research, Development and Innovation in Health Biotechnology of Elche (IDiBE). The researcher responsible for the project ‘New antitumor compounds to treat colon cancer’ is Professor Enrique Barrajón and the work team is made up of UMH researchers José Antonio Encinar Hidalgo, María Herranz López, Vicente Micol Molina and Verónica Ruiz Torres.

This project thus enters its third year after having achieved important advances in the characterization of the mechanism of action of the extracts of marine origin with which it works. During this year 2021, part of the results obtained have been published in the prestigious international journal Frontiers in Pharmacology thanks to the collaboration with Sandra Van Schaeybroeck, researcher at the Queen’s University Belfast Cancer Research Center (United Kingdom). In this work, it has been seen that these compounds of marine origin are able to selectively cause the death of colon cancer tumor cells by increasing their oxidative stress.

During the next year the project will delve into the identification of the main compounds responsible for the antitumor activity and in the activity tests of preclinical and clinical models. For this, the researcher Verónica Ruiz Torres is going to do a stay at the prestigious University of California, Los Angeles (UCLA) (United States). Hand in hand with Dr. Caius G. Radu’s group, he will work on translating the results to the clinical world. This stay will last for the next two years and the third year she will return to the UMH within the framework of the Margarita Salas grants.

According to the researchers, the development of these activities consolidates the relationship between the Caja Rural Central and the UMH and will contribute to the increase of basic and applied knowledge in oncology from which the entire scientific community will benefit. In addition, it will serve for the support and consolidation of the younger members of the team that carries out this work at the UMH.