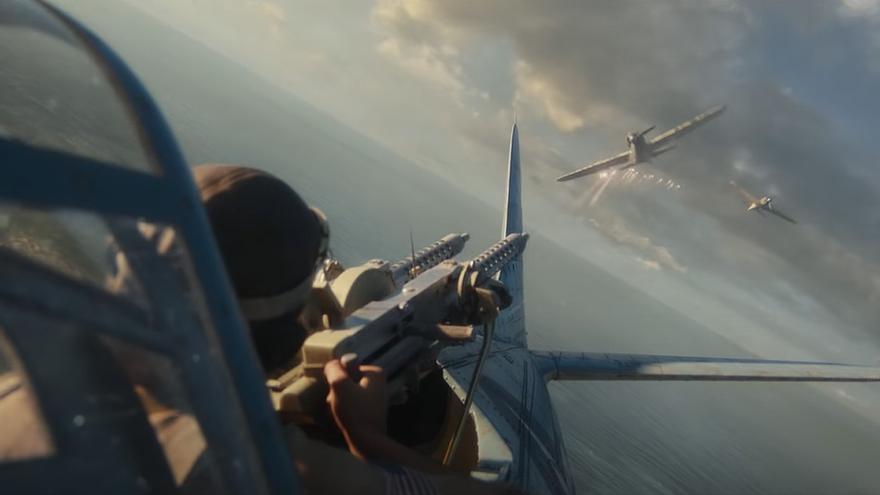 ‘Call of Duty: Vanguard’ is the new installment of one of the sagas of war games par excellence, a multiplayer first-person shooter set in World War II, developed by Sledgehammer Games and Activision and coming to PS4, PS5, Xbox One, Xbox Series and PC next Friday, November 5.

Another of the most important war franchises is, without a doubt, that of ‘Battlefield’, which also releases the complete edition of its new title, ‘Battlefield 2042‘, after several weeks in which the followers of this first-person shooter have already been able to rehearse their combat strategies with the beta version.

Speed ​​lovers are in luck this month because it finally arrives the fifth installment of ‘Forza Edition’, the exclusive open world driving simulator for Microsoft (Xbox and PC) which, on this occasion, travels to Mexico and promises to be a totally renewed experience, with better graphics, greater immersion and more realism behind the wheel.

But there is still more because November has another good battery of releases for all tastes and all audiences, among which two different deliveries of an incunabula as it is stand out ‘Final Fantasy‘, which takes out a new expansion of ‘Final Fantasy XIV’ (EndWalker) for PS4, PS5 and PC on November 23; and an Android version of the mythical ‘Final Fantasy VII’ (The First Soldier).

Also, one of the most iconic video games of recent times, The ‘Grand Theft Auto’ also prepares several surprises for November 11. First, an improved and expanded version of ‘GTA V’ for PlayStation (3, 4 and 5) Xbox (360, One and Series) and PC; another installment of ‘GTA Online’ and ‘The Trilogy – Definitive Edition’, the remastering of three classics such as’ GTA III ‘,’ Vice City and ‘San Andreas’ and which will be released for PS4, PS5, Xbox One, Xbox Series, Switch, PC, iOs and Android.

Also comes the ‘Football Manager 2022‘(November 9 for Xbox and PC) in which the player can become the owner of a football club, manage their finances, hire employees, sign players and even control the game system (lineups, tactics, training) to finally get to the games and aspire to rise to the top of the competition.

For the most dancers of the house it also comes’Just Dance 2022‘(November 4 for PS4, PS5, Xbox One, Xbox Series and Stadia), and for fans of narrative adventures, detective, puzzles and exploration, on the 16th it goes on the market for next-generation consoles (PS5 and Xbox Series) ‘Sherlok Holmes: Chapter One‘.

‘Beyond a Steel Sky‘(November 30 for PS4, PS5, Xbox One, Xbox Series and Switch) will allow the most nostalgic to remember the great success of 1994,’Beneath a Steel Sky‘, with this sequel to a graphic adventure that was a new point in this genre thanks to a very careful narrative, comic-style graphics, a futuristic-cyberpunk setting and a gameplay that promises a lot of fun.

Also Read  It had been a surprise party, so Big Dog couldn't know | John Crace

Also very recognizable titles are ‘Jurasic World Evolution 2‘(PS5, PS4, Xbox One, Xbox Series and PC), the second part of a strategy game based on the mythical film saga; ‘World War Z’ (Switch), a third-person action title based on the novel and film of the same name; and ‘Star Wars: Knights of the Old Republic‘, adaptation for Switch of this role-playing game that came out 10 years ago on PC.

‘Asterix & Obelix: Slap Them All!‘It also comes as a’ beat’em up ‘action video game (me against the neighborhood) about the most famous and irreducible Gauls for PS4, Xbox One, Switch and PC; and ‘Pokémon Shiny Diamond / Shimmering Pearl’ is the Switch remake of the Nintendo DS installments.

More titles coming out this November are: ‘A Boy and His Blod‘, a popular puzzle platformer for Switch; ‘Blue Reflection: Second Light‘, a role-playing game for PS4 and Switch with very anime graphics and a theme based on human relationships; ‘Human: Fall Flat‘, an open-world exploration and adventure game for the Xbox Series.

‘Shin Megami Tensei V‘is the fifth installment of this saga of role and action for Switch; ‘Marsupilami: Hoobadventure‘is a fun platformer for PS4, Xbox One, Switch, and PC; ‘Grow: Song of the Evertree‘is a simulation adventure for PS4, Xbox One, Switch and PC; ‘Century: Age of Ashes‘is a free’ online ‘action shooter for PC; and ‘Oddworld: Soulstorm‘is the remake of this classic puzzle platformer adventure for the Xbox Series.

Also Read  Osasuna and Celta fail to break the 0-0